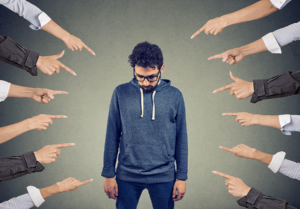 False accusations are not technically considered a “defense” in criminal law. In essence, the defense of false accusations comes from a person who falsely blames you for a crime you did not commit. So in essence, there is a witness that is blaming you for the crime, and you are claiming you are innocent. In many other defenses under California law, you are guilty of the crime, but there is technical defense that prevents a conviction, different than here.

This can happen sometimes innocently, such as you “matching” a description of a person committing a crime, this is known as mistaken identity. It could happen if you are in the wrong place at the wrong time, and match a description of a person who actually did commit a crime. You can think of an incident where a person grabs another’s purse and runs away, and the only description police are provided is a person in a red hoodie that is a certain race. That alone could end you getting detained by police and subjecting you to questioning. This could also be a circumstance of mis-recollection, where a person “believes” or “thinks” you are the culprit in a crime, when you were no where near the area. Generally, there is more needed in evidence to charge a person with a crime, but it is possible for a mistake or misremembered memory to lead to criminal charges against another.

The most common way a person can be falsely accused can be based off of jealousy, anger, or revenge a person has. This kind of malcontent can happen often in Sex Cases. For example, you could meet a person at a bar, both drink heavily, and you end up back at a shared residence to engage in sexual intercourse. The next day, the other party involve suddenly has second thoughts, or maybe they were caught cheating on their spouse, and they react by putting blame on you. Soon, you could be in police questioning for a Rape case, facing years in prison simply based on another person’s mistake. A person could essentially attempt to ruin your life, just to save their own life.

Imagine another scenario, even darker, where you decide to get back together with an ex-lover, and they find out that you are still dating your current partner. Out of anger for lying, they report you again for some kind of Sexual Battery, and you could end up registering as a Sex Offender under PC 290 for life.