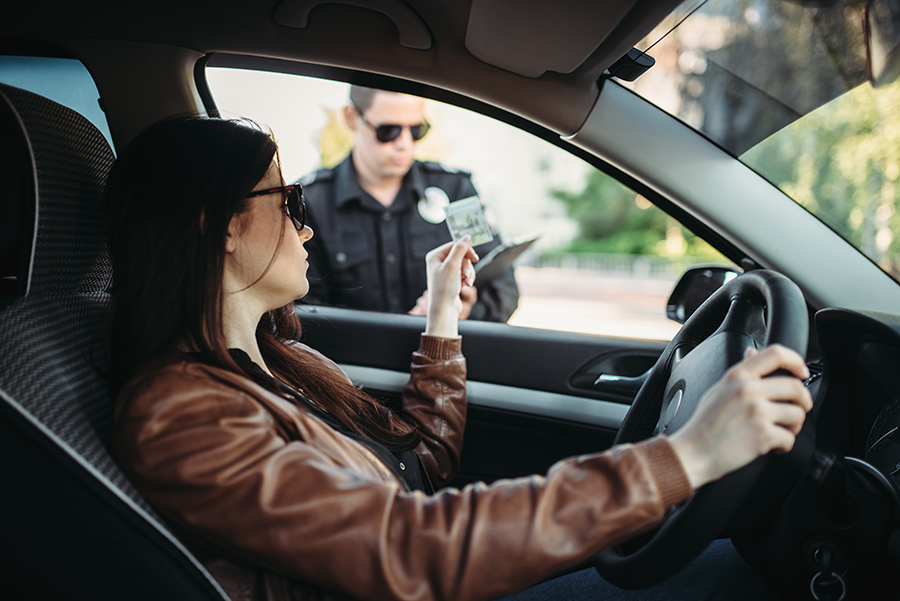 Legal Definition: No person shall drive a motor vehicle at any time when that person’s driving privilege is suspended or revoked for reckless driving. (VC 14601(a))

Knowledge of the suspension can be shown by:

The California Department of Motor Vehicles mailed a notice to you telling you that your driving privilege had been suspended/ revoked; The notice was sent to the most recent address reported to the DMV;

The notice was not returned to the department as undeliverable or unclaimed. A person’s privilege to drive may be suspended or revoked even though that person has never been issued a valid driver’s license.

If it can be shown you were given notice that your Driver’s License was suspended, and you are caught driving, you can be convicted of this charge. A license can be suspended for a myriad of reasons, such as too many points for too many point violations within a year (the limit is 4 points in a year). Another way is if you have too many parking tickets, or failed to appear for a traffic ticket, leading to a suspension for
Failing to Appear in Court. People also are usually unaware that if you receive a DUI conviction, that is also, separate from any criminal offenses, 2 points on your Driver’s license.

Driving on a suspended license is a misdemeanor only in California. If you are convicted of this charge, you could be sentenced to County Jail for upwards of 180 days. You would be required to serve 50% of that time. In addition, you would receive two more points on your license.

Also, simply because you are convicted of this charge, it does not magically unsuspend your license, meaning you can keep getting arrested for, and charged with another offense under this section. If you have a prior conviction within five years of a new offense, then the minimum custody time in County Jail is five days, with your maximum sentence bumping up to one year in County Jail.

Legal Definition: A person may not drive a motor vehicle on a highway unless the person then holds a valid driver’s license

Penalties: This is a wobbler offense, meaning that it can be charged as an Infraction or Misdemeanor, depending on certain factors as well as your criminal background. If you are convicted of this charge as a Misdemeanor, you could be sentenced to County Jail for up to 180 days. You would be required to serve 50% of that sentence. If convicted of this as an infraction, you would only be required to pay fines. This is commonly referred to as the reduction of VC 14601.1(a).

Legal Definition: A person shall not drive a motor vehicle at any time when that person’s driving privilege is suspended or revoked for a conviction of a violation of Section 23152 or 23153 if the person so driving has knowledge of the suspension or revocation.

Penalties: Driving on a revoked license is a misdemeanor only in California. If you are convicted of this charge, you could be sentenced to County Jail for a minimum of 10 days and upwards of 180 days. You would be required to serve 50% of that time. In addition, you would receive two more points on your license.

If your license is suspended because of a prior DUI, and you have a prior suspended license charge, your maximum exposure in County Jail is one year. You would be required to serve 50% of that time. In addition, you would receive two more points on your license.

Lack of knowledge is usually the hardest issue to overcome here for the Prosecutors. They would need to show that a suspension letter was mailed to you and that it did not come back as undelivered. The question next becomes – what if it does come back as undelivered? If that is the case, then it would be hard-pressed for the Prosecutor to prove you had knowledge that your license was suspended. Understand that simply failing to know, when it is obvious to any reasonable person, meaning your own ignorance, is never a defense to a crime.

Though usually a charge that does not bring a lot of jail time, driving on a suspended license can continue to pile on fines and fees in the thousands of dollars if you do not take care of your license and hire the right attorney to protect your license. Our VC 14601(a) Ontario attorney has successfully defended numerous cases involving violations of VC 14601(a) and VC 12500. The initial consultation is free and we are available to answer your questions 24/7. Call the Inland Empire Criminal Defense today at 909-939-7126! Located in Ontario, CA.