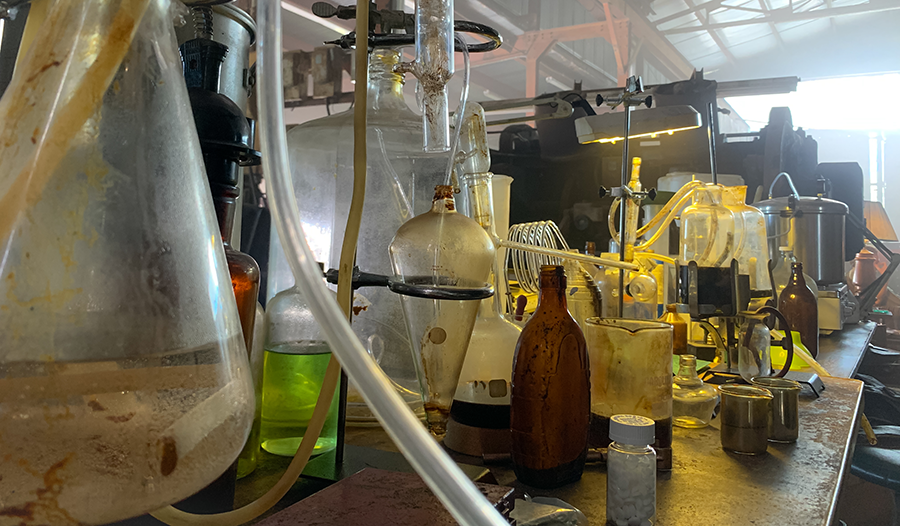 HS 11366.5 prohibits providing a place for the unlawful manufacture, storage, or distribution of a controlled substance.

In order to obtain a conviction, the prosecution must prove beyond a reasonable doubt that:

II. WHAT DOES IT MEAN?

Under HS 11366.5, you can be convicted of maintaining a drug storage facility if you have control of a location, be it a building, a room, a shed, or a tent, and you make it available to manufacture, store, or distribute drugs.  It’s irrelevant whether you are the owner of the location, or if you simply occupy the space (E.g. a homeless’ tent located on public land): what matters is that you have control over the space, and you make it available to someone to manufacture, store, or distribute drugs.  Likewise, it’s irrelevant whether you make the space available with or without compensation.  “Compensation” means anything of value, including drugs: it’s not necessary that the person or persons manufacturing and/or storing the drugs gives you cash.

You can be convicted of maintaining drug storage also if you have control of a location and you agree to make it available – for a lot more than the space it’s worth – to a person or persons whom you know fortifies the location to protect it from entry by law enforcement and to sell amphetamine, cocaine, heroin, LSD, methamphetamine, or PCP.

Johnny is a college student who lives in a condo that belongs to his parents.  Each condo in the building has a storage space located on the ground floor.  Johnny gives his friend Anthony a copy of the keys to the building’s main entrance of the building and to storage space.  Anthony uses the space to store the cocaine he sells, the plastic baggies that he uses to package the cocaine, and the precision scale that he uses to weigh the cocaine baggies.  Every month, Anthony pays Johnny $500 in cash and a baggie containing a gram of cocaine.

Would Johnny be convicted of maintaining drug storage?  Based solely on the facts provided in the scenario, probably not, as one could argue that Johnny didn’t know that Anthony used the storage place to stash the cocaine.  One could reasonably argue that Johnny is simply a college student trying to earn some extra cash and that the cocaine he received from Anthony was just part of the rent, as it was cheaper for Anthony to give a free baggie of cocaine that pays more to rent the storage place.

Bill leases for $800 a month a one-bedroom apartment on the second floor of a public housing complex.  When Bill feels like partying, he buys a baggie of cocaine from Frank, a local drug dealer.  On one of those occasions, Frank offers Bill to pay him $3,000 in cash every month for a few months to sublease Bill’s one-bedroom apartment.  Before Bill moves out, Frank pays to have installed a door armor and armor the window frames.  Bill moves out, and when he goes back to the apartment building to pick up his mail, his neighbors complain to him about the suspicious foot-traffic in-and-out of his apartment at all hours of the day.

Would Bill be convicted of maintaining drug storage?  Based solely on the facts provided in the scenario, probably yes, as Bill makes available his apartment to Frank, a known drug dealer, for a lot more money than Bill pays for the apartment.  Further, Bill allows Frank to fortify the apartment, and to use the location to conduct drug sales.

If you are convicted of HS 11366.5 as a misdemeanor or as a felony, you would have to serve at least 50% of your sentence.  This is not a strike offense under the California Three Strikes law, and it is not a Sex Offense under PC 290. You could also face a suspension or loss of your Professional License if convicted, and if you are not a legal resident, you would face Deportation in Immigration Court since the offense is deportable, in that it is a crime involving drugs.

There are also some other important considerations to make:

You can also fight this charge by showing that the elements of the crime are not met, and therefore there is insufficient evidence to prove you guilty of the crime. If for example, you simply intended to possess or have methamphetamine, and it happened to be a higher quantity, it still must be proved that you intended to sell that or transport it to be found guilty here. If you possess a large amount of the controlled substance, then that tends to lead prosecutors to believe you intend to sell it to others, but that isn’t always the case. If you intended to keep and use the methamphetamine for yourself, then you would only be dealing with a charge of HS 11377, for simple possession.

A conviction for Maintaining a Drug Storage (HS 11366.5) can have devastating consequences for you and your family, including causing substantial financial hardship.  This is why it is crucial that you immediately contact our attorneys if you are charged or have concerns that you may be charged with Maintaining a Drug Storage facility.  We would immediately contact the assigned investigators and prosecutors to assess if law enforcement has sufficient evidence to even file charges, so that we may minimize the risks to your freedom, reputation, and finances.  You, or your loved ones, cannot take a chance with such serious crimes and penalties.  Our Ontario HS 11366.5 attorneys have successfully defended thousands of people charged with crimes throughout the entire Inland Empire.  Call your local Ontario Criminal Defense Attorneys today at the Inland Empire Defense (909) 939-7126.  Located in Ontario.