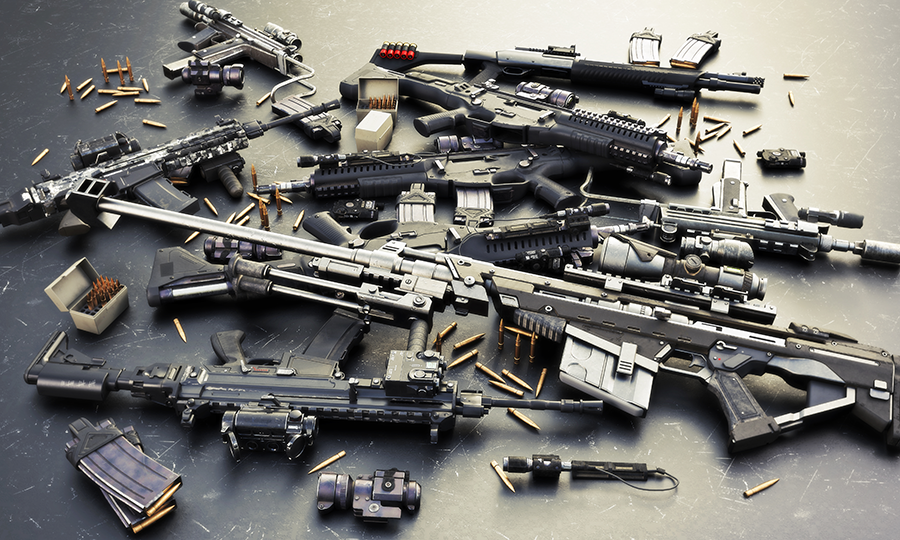 Legal Definition: (a) Any person who, within this state, possesses any assault weapon, except as provided in this chapter, shall be punished…

To be found guilty under PC 30605(a), the prosecution must prove that:

2. You knew that you had the assault weapon;

3. At that time, you knew or reasonably should have known that it had characteristics that made it an assault weapon or a .50 BMG rifle.

An assault weapon is defined in PC 30515. Some examples include a semiautomatic, centerfire rifle that has a fixed magazine with the capacity to accept more than 10 rounds, a semiautomatic, centerfire rifle that has an overall length of fewer than 30 inches, and any shotgun with a revolving cylinder. In addition, possession of an Assault Weapon can be done by two more people at the same time. You can also possess something without it actually being in your hands. You can have Constructive Possession, which is when the person has access to the weapon or the right to control it, like if it’s in your car or home.

This is not a strike offense under the California Three Strikes law, and it is not a Sex Offense under PC 290. However, if you are dealing with attempting to obtain citizenship, any charge involving firearms is held heavily against you in Immigration Court and can be the cause of Deportation proceedings if convicted of this charge. This could also affect your professional license – because it can be seen as a poor judgment call to possess firearms that are not California legal.

Under PC 30605, there are certain exemptions in addition to the above defenses that can apply to certain people in possession of assault weapons. These people include a person holding a valid permit to possess an assault weapon and the executor or administrator of an estate that lawfully holds such firearms. If you fall into these categories, then you would be exempt, or unable to be convicted for possessing an illegal assault weapon. This is not the same as possession of a concealed carry permit, it must be specific to assault weapons as a permit.

There can be a lack of sufficient evidence if it can be shown that you did not actually have possession of the firearm. As stated above, having control is also possession, but if you do not have access or control, then you cannot be said to have actual or constructive possession of the assault weapon. This can be shown if your neighbor has an illegal assault weapon since you would not have access or control over your neighbor’s home. In addition, if the weapon is actually legal, and not defined under PC 30515 as an assault weapon or .50 BMG rifle, then you cannot be found guilty under this section.

A conviction under this section can have a devastating impact on your life. You can lose your 2nd Amendment Right to Own or Possess a Firearm with a felony conviction, and lose out on your Professional License as well. These crimes are very technical and require knowledge of firearms, and firearm charge defenses. It is important to find an attorney experienced in firearms, and able to defend you in your Possession of Assault Weapons case. Our Ontario PC 30605 attorney has dealt with many firearms-related offenses, including violations under PC 30605. Call your local Ontario Criminal Defense Attorney today at the Inland Empire Defense at 909-939-7126. Located in Ontario.