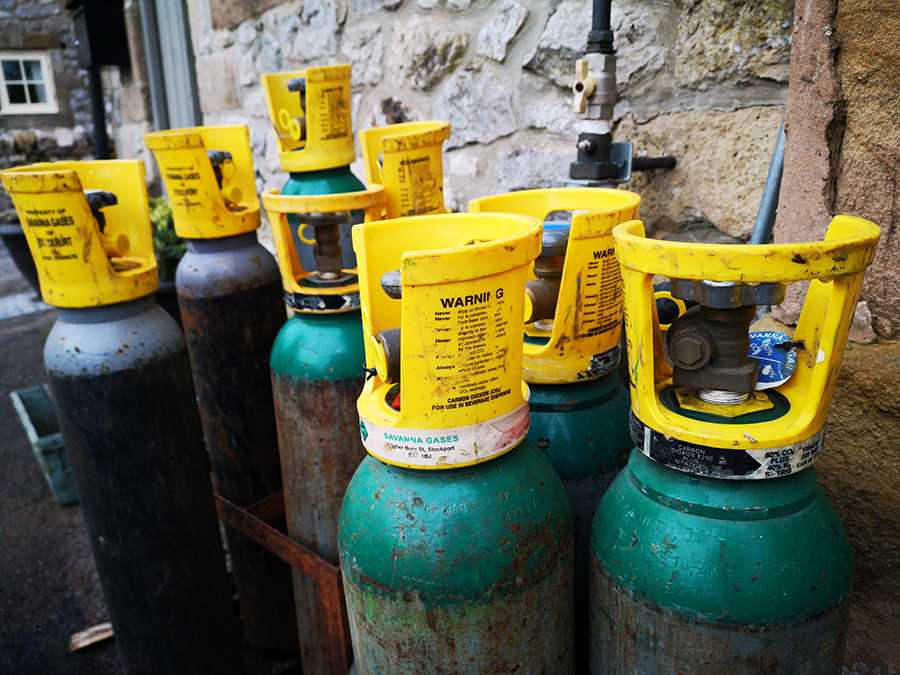 To be found guilty under PC 381b the prosecution must prove that:

This section does not apply to any person who is under the influence of nitrous oxide or any material containing nitrous oxide pursuant to an administrator for the purpose of medical, surgical, or dental care by a person duly licensed to administer such an agent. Nitrous oxide is what is commonly referred to as “laughing gas”, something any person who has had dental work or surgery, has likely had induced, in order to numb themselves for the purposes of treatment. As is clear, use in a medical environment could not be a crime as its purpose is to assist in an operation. The crimes occur when a person removes that gas to use for their own purposes, not for medical treatment. This would not preclude you from also being charged with additional offenses if you were to steal or remove the gas from an office, such as during a Burglary.

This differs from a violation under HS 11350, because possession along of nitrous oxide is not a crime, by itself. It has the added requirement here that you possessed that gas for the purposes of using it as a recreational drug. Even if in an example police were to find you, without the nitrous oxide on your person, you can still be charged here. If, for example, you are found under the influence of nitrous oxide, that you had taken it in intentionally, and you did so without being administered it or by the direction of a medical professional.

A charge under PC 381b is a misdemeanor offense. If you are convicted of this charge you could be sentenced to upwards of six months in County Jail. You would be required to serve at least 50% of that time in custody. You could also be subject to a fine of up to $1000 for this charge. Even if you have lawfully purchased the nitrous oxide, you would also have it seized by police, and they would never return it.

This is not a strike offense under the California Three Strikes law, and it is not a Sex Offense under PC 290. You could also face a loss of your Professional License if convicted, and if you are not a legal resident, you would face Deportation in Immigration Court since the offense is deportable, in that it is a crime involving drug use.

Another defense could be if the police violate your rights. For example, police officers may have violated search and seizure laws by searching your home without a valid search warrant. In that case, you can argue that the evidence seized is illegal, and your case should be dismissed. Contact an experienced Criminal Defense Attorney well versed in this type of law, in order to best assist possibly getting your case thrown out of Court.

A criminal record can be devastating to a person’s life, and their future. Having to report criminal convictions to future employers can devastate a person’s career as well. Our Ontario PC 381b attorney has successfully defended hundreds of people charged with possession of nitrous oxide crimes under PC 381b. Call your local Ontario Criminal Defense Attorney today at the Inland Empire Defense 909-939-7126. Located in Ontario.