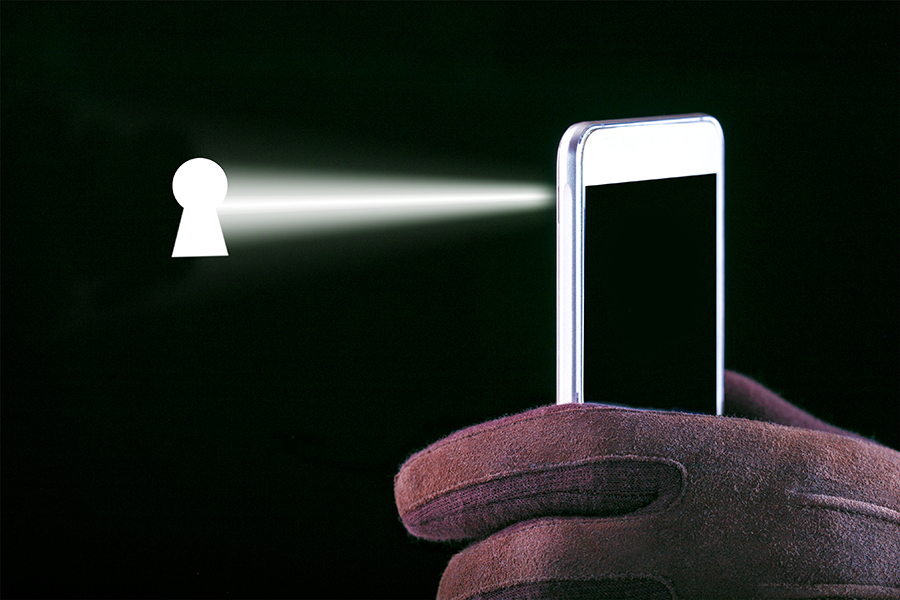 Legal Definition: A person who looks through a hole or opening, into, or otherwise views, by means of any instrumentality, including, but not limited to, a periscope, telescope, binoculars, camera, motion picture camera, camcorder, mobile phone, electronic device, or unmanned aircraft system, the interior of a bedroom, bathroom, changing room, fitting room, dressing room, or tanning booth, or the interior of any other area in which the occupant has a reasonable expectation of privacy, with the intent to invade the privacy of a person or persons inside. This subdivision does not apply to those areas of a private business used to count currency or other negotiable instruments.…is guilty of disorderly conduct.

To be found guilty under PC 647(j), the prosecution must prove that you intentionally:

A common example that happens in this section is when a person sets up a secret camera in a bathroom, or a dressing room, to record people changing. Because the camera is hidden, it is very likely that the person who places the camera there lacks consent to record the people in that room or bathroom. Another common example would be a person who takes “upskirt” photos of females in public. In that case, a person places their camera in a position to take a photo of the female’s undergarments, and the woman, in that case, does not know about it.

Another interesting aspect is the concept of someone having a “reasonable expectation of privacy”. This can be found when a person is in a place, such as a bathroom, changing room, or even their home, where they are not in public. When in those places, a person generally believes that they are not being seen by others and obviously not being recorded by others. The purpose is that the recorded party would believe that they are alone, in private, and that is a reasonable understanding that most people would agree with. If a person is stripping naked in public, they would not have a reasonable expectation of privacy, because they are in a public place, where passersby can clearly see them.

A conviction under PC 647(j) is a misdemeanor offense. If you are convicted, you can be sentenced to County Jail for up to six months. You would be required to serve at least 50% of that sentence in custody. You can also be subject to Criminal Protective Orders forbidding you from going near the victim’s home, Victim Restitution as well as fines and fees upwards of over $1000.

This is not a strike offense under the California Three Strikes law, and it is not a Sex Offense under PC 290. However, if a Judge were to determine that the reason for your “Invasion of Privacy” was based on an unnatural sexual desire, you could be forced to register. You could also face a loss of your Professional License if convicted and if not a legal resident, could face Deportation in Immigration Court.

To show that there is insufficient evidence to be able to prove you guilty of this crime, you would need to have shown that the required elements above have not been proved by the Prosecution. A common example is the use of “consent”. In the above examples, all of them require the other party being recorded to not know that you doing that recording. However, if this is a prearranged agreement, possibly something a spouse is interested in doing, and both parties consent to the act, then that would act as a defense to this charge, as there would be insufficient evidence to prove your guilt under this section.

Another common defense here would be as explained above when a person does not have a reasonable expectation of privacy. Places like a park, a stadium, or even a library would be public areas. However, this does not mean that you avoid a charge under this section if you take an “upskirt” photo in public. It’s not necessarily based on where the action takes place like in a park, but what you do when there. A person has a reasonable expectation of privacy that they are not going to be filmed under their clothes, so being in public does not negate the act you did.

Violating this section can land you in jail, prevented you from contacting that other person, and hefty fines and fees. It also does not look good on a criminal record, as an employer may hold an “Invasion of Privacy” charge against you and prevent you from getting that job that you want. You can also forfeit your devices used, losing you thousands of dollars on a new phone after police take it. Our Ontario PC 647(j) attorney has successfully defended hundreds of people under the Invasion of Privacy laws of PC 647(j). Call your local Ontario Criminal Defense Attorney today at the Inland Empire Defense at 909-939-7126. Located in Ontario.