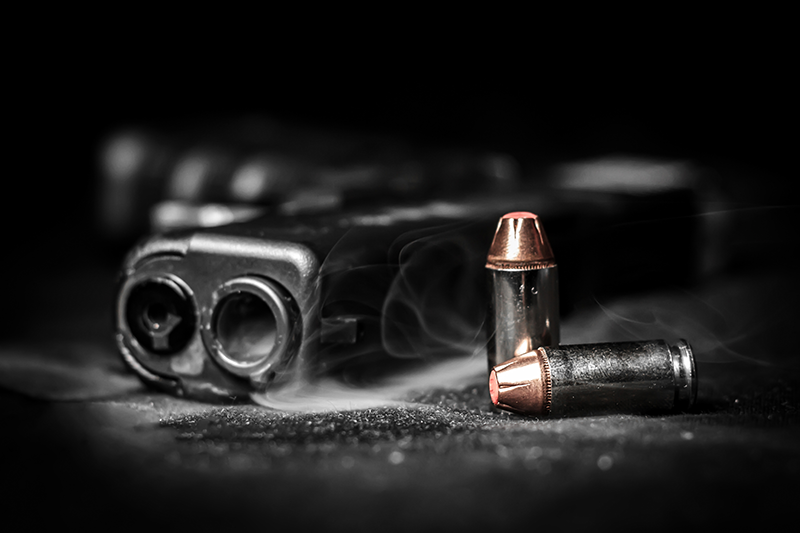 1. You drew or exhibited a ﬁrearm/deadly weapon in the presence of someone else;

2. You did so in a rude, angry, or threatening manner;

3. You did not act in self-defense/in defense of someone else.

A ﬁrearm is any device designed to be used as a weapon, from which a projectile is discharged or expelled through a barrel by the force of an explosion or other form of combustion. The firearm need not be loaded under this section to be convicted. A deadly weapon is any object, instrument, or weapon that is inherently deadly or one that is used in such a way that it is capable of causing and likely to cause death or great bodily injury. Great bodily injury means signiﬁcant or substantial physical injury. It is an injury that is greater than minor or moderate harm.

A public place is a place that is open and accessible to anyone who wishes to go there. The most common brandishing criminal charge is PC 417(a)(2)(A), which is brandishing a concealed firearm in a public place.

Brandishing is a wobbler offense, meaning it can be charged as a misdemeanor or as a felony, depending on the specific section you are charged with, as well as your criminal history.

These charges are extremely factually specific. Sometimes people can be over-dramatic, can misunderstand, or take your words the wrong way. Then you, thinking they may have misunderstood, try to call them back, or contact them again to correct whatever confusion exists, and end up making things worse, call after call.

Most often than not, a Brandishing charge can carry hefty consequences. You lose your firearm, you can lose your 2nd Amendment Right to Own a Firearm for life, and you can even obtain a strike conviction. That is why it is important to hire a good, and aggressive Criminal Defense Attorney who can help to reduce, or even dismiss your case. Our PC 417 Ontario criminal defense attorney has successfully defended numerous cases involving PC 417 and other firearm offenses. The initial consultation is free and we are available to answer your questions 24/7. Call the Inland Empire Criminal Defense today at 909-939-7126! Located in Ontario, CA.