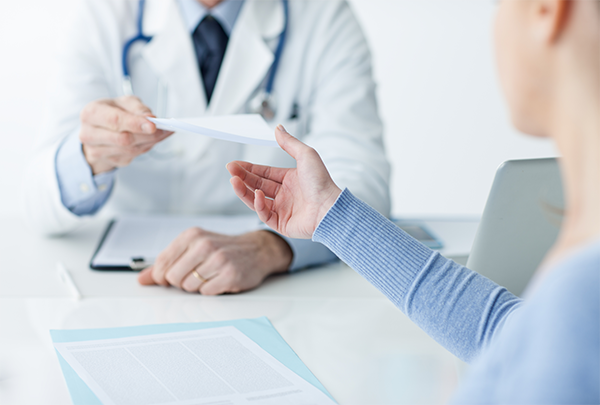 Legal Definition: (a) Every person who signs the name of another, or of a fictitious person, or falsely makes, alters, forges, utters, publishes, passes, or attempts to pass, as genuine, any prescription for any drugs is guilty of forgery…

To be found guilty under BP 4324 the prosecution must prove:

1a. You falsely made or forged/altered a prescription without authority to do so;

1b. You signed someone else’s name on a prescription without authority to do so;

1c. You possessed drugs obtained with a forged prescription, and you knew that prescription was forged.

Under this section, the “drugs” can be prescription drugs and veterinary drugs. If they are narcotic drugs, that would be a violation under HS 11368 (link to that page). The fake prescription can be done in writing, by phone, or via email or fax, in order to communicate the request for the drugs that were not properly prescribed. A prescription must generally include the name of the patient, the drug name and quantity as well as directions for the use of that drug, the date the drug is issued, the name and address of the prescriber, and the prescriber’s signature. This is the type of information, if changed or forged would create a violation under this section. An example of this is that a person is prescribed a pain killer to deal with an injury, but instead of 10 pills that were prescribed, you add a 0 to make the total 100 pills – this would be an example of altering or forging the prescription since you changed the amount.

This criminal section criminalizes not only the people who alter or change an otherwise valid prescription or create an entirely fake one themselves, but it also criminalizes the person who obtains the drugs from that false prescription. In essence, a person can be charged with forging the prescription, and a different person can be charged with obtaining the drugs from that fake prescription. You can alter a document if you add to, erase, or change a part of any document that affects a legal, financial, or property right.

A charge under B&P 4324 is a wobbler offense, meaning you can be charged with this section as a misdemeanor as a felony offense, depending on your prior criminal history and the specific facts of your case. If you are convicted of this charge as a misdemeanor, you could be sentenced to upwards of one year in County Jail. If you are convicted of this charge as a felony offense, you could be sentenced to State Prison for upwards of 16 months, 2 or three years. You would be required to serve at least 50% of that time in custody. If you have prior drug charges or drug arrests, you will likely be looking at a felony charge under this section. Also, if the amount that is forged is a very high amount, then you would also likely be charged with a felony version of this charge, or if you have signed or forged multiple prescriptions.

This is not a strike offense under the California Three Strikes law, and it is not a Sex Offense under PC 290. You could also face a loss of your Professional License if convicted, and if you are not a legal resident, you would face Deportation in Immigration Court since the offense is deportable, in that it is a crime involving drug use and lying/fraud, which is a crime of moral turpitude.

Receiving a charge and conviction under B&P 4324 can land you in prison, deported, or in a position to lose your professional license you worked years to obtain. A simple mistake can cost you your freedom, and your career. Our Ontario B&P 4324 attorney has successfully defended hundreds of people charged with drug crimes under B&P 4324. Call your local Ontario Criminal Defense Attorney today at the Inland Empire Defense 909-939-7126. Located in Ontario.