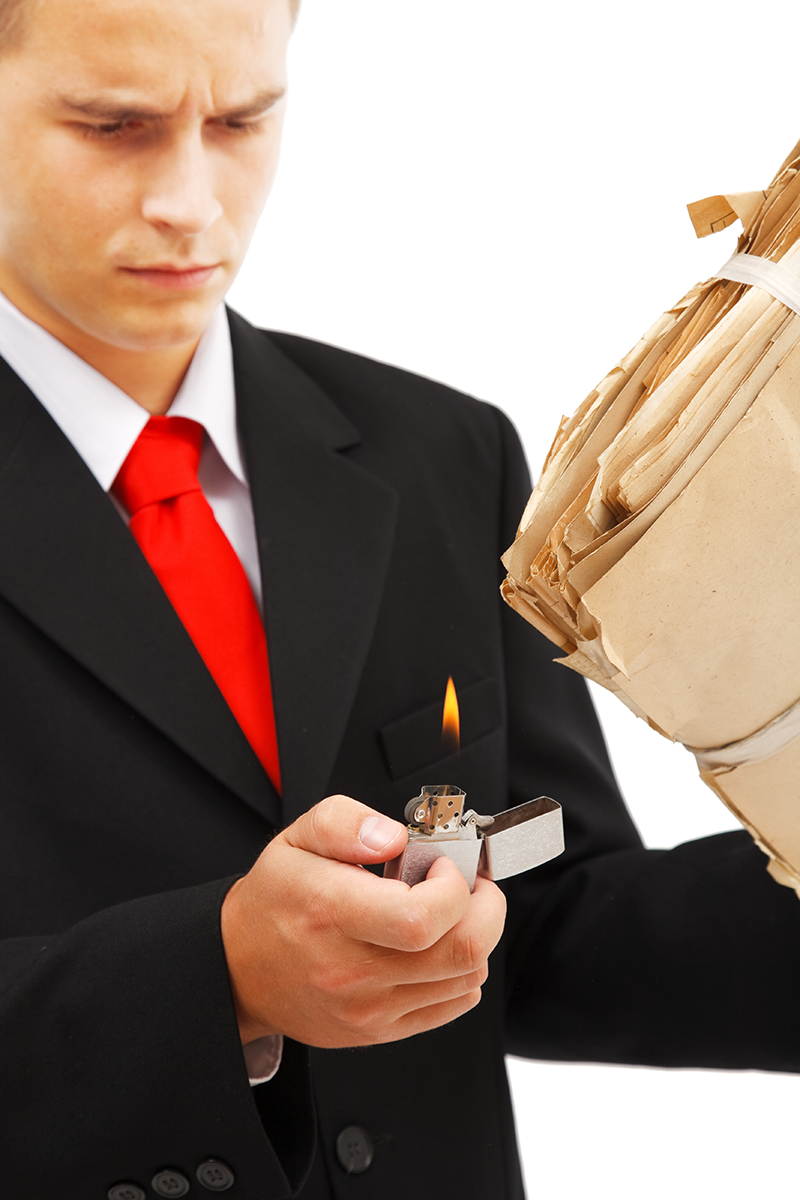 I. PC 135: Destroying or Concealing Evidence

Legal Definition: A person who, knowing that any book, paper, record, instrument in writing, digital image, video recording owned by another, or other matter or thing, is about to be produced in evidence upon a trial, inquiry, or investigation, authorized by law, willfully destroys, erases, or conceals the same, with the intent to prevent it or its content from being produced is guilty under this section.

For a person to be convicted of a violation of PC 135, the prosecution must prove the following:

1. You knew that a book, paper, record, instrument in writing, or other matter, was to be produced in evidence upon any trial, inquiry, or investigation;

2. You then willfully destroyed or concealed that same item, with the intent to prevent it from being produced.

Sometimes people, whether yourself or someone else, can be put into a bad spot. That bad spot could mean a criminal conviction, and possible jail or prison time. In those desperate times, people can act and sometimes act foolishly. Here, we are dealing with the idea that some type of evidence is about to be used against yourself or someone you know, and you decided that evidence should be destroyed. Although it could help you or another’s case, it is a crime. The idea is that in the Justice System, the truth will prevail. The truth cannot prevail if you hide the necessary evidence.

Destroying or concealing evidence is a misdemeanor offense only. If you are to be found guilty under this section, you could be sentenced to up to 180 days in County Jail. You would be required to serve 50% of that sentence.

In some PC 135 cases, you may be able to avoid jail entirely and instead serve an alternative sentence. Alternative sentences include work release, which is commonly known as Community Service, or electronic monitoring, also known as House Arrest.

PC 135 is not a strike offense under the Three Strike Laws. It is also not considered a crime of moral turpitude. However, people with professional licenses or who are in the United States on a temporary basis face extra scrutiny under this section. The reason for that extra level of scrutiny is based on the offense itself. The offense involves obvious deception, as the means of gaining some advantageous situation in a Trial. An Immigration Court, for example, may look down upon a person who is trying to earn legal status within the Country. A judge may also be more skeptical of any evidence you may present as being potentially false, based on a conviction under this section. Biases exist in all walks of life, and a Judge in Immigration Court, or someone overseeing an Administrative Hearing for your Professional Licenses, will likely carry that bias too.

There are also additional issues that come with a conviction here, such as fines and fees, possible civil liability from your actions, and much harsher probation terms.

This can be shown by making it clear that you lacked the intent to actually destroy evidence. This could be innocently destroying or losing some kind of evidence. It could also happen where someone gives you evidence, without advising you what it is, with instructions to destroy it. That cannot be used against you, as you lack the requisite intent to commit the offense of PC 135.

Many of these cases can be more damaging than simply jail time. Loss of future jobs, professional licenses, or even losing your status in the United States for Immigration Purposes. Our criminal defense attorneys have successfully defended hundreds of misdemeanor offenses under PC 135. The initial consultation is free and we are available to answer your questions 24/7. Call the Inland Empire Criminal Defense today at 909-939-7126!