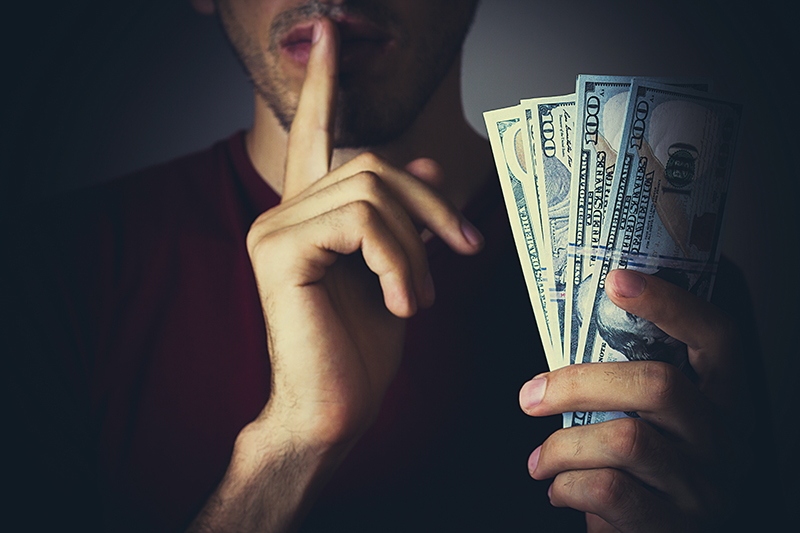 Legal Definition: Every person who extorts property or other consideration from another, under circumstances not amounting to robbery or carjacking, by means of force, or any threat.

For a person to be convicted of a violation of PC 519/520, the prosecution must prove the following:

1B. You threatened to accuse another person or that person’s relative or family member of a crime;

1C. You threatened to expose a secret about another person or that person’s relative or family member, or to expose or connect them with a disgrace/crime/deformity;

2. When making the threat/using force, you intended to use that fear/force to obtain the other person’s consent to give you money/ property or to do an official act;

3. As a result of the threat/use of force, the other person consented to give you money/property/to do an official act;

4. As a result of the threat/use of force, the other person then gave you money/property/did an official act.

Extortion is also known in common speak as Blackmail. The term consent has a special meaning here. Consent for extortion can be coerced or unwilling, as long as it is given as a result of the wrongful use of force or fear. The threat/use of force must be the controlling reason that the other person consented. If the person consented because of some other controlling reason, the defendant is not guilty of extortion. An official act is an act that a person does in his or her official capacity, using the authority of his or her public office.

Example: A man holds a gun to a Politician’s head and says they need to vote NO on the pending SB 10 Bail Reform Law. Another example typically happens when a person finds or borrows some items from another, and instead of returning them, claims they must be paid a “reward” to get their own item back. Here, if you do not pay the fee requested, you can lose out on your own item that you own. That person would be found to be extorting you.

Typically, the best defense under this section is showing that what you did was not a threat for official action, but merely a request. An example could be another Politician out to lunch, and you, in excitement, running up to them, screaming they need to vote to repeal some new law that was possibly coming in. The Politician sees you waving your hands at them and they think you’re trying to hit them. That, would not be extortion, it would simply be a request made by an overly enthusiastic citizen.

Many people who end up getting charged with Extortion generally will end up in State Prison because they fail to obtain adequate representation for their case. It is important to note that simply because this charge is typically charged as a felony offense, that does not mean that it is a guarantee that you will be convicted of a felony. Knowing your background information, your job, your family life, is crucial information I need to help you avoid the fear of ending up spending many years in State Prison. I can help you or your loved one fight and win their Extortion case. Our PC 519 Ontario criminal defense attorney has successfully defended numerous cases involving PC 519 and other serious offenses. The initial consultation is free and we are available to answer your questions 24/7. Call the Inland Empire Criminal Defense today at 909-939-7126! Located in Ontario, CA.