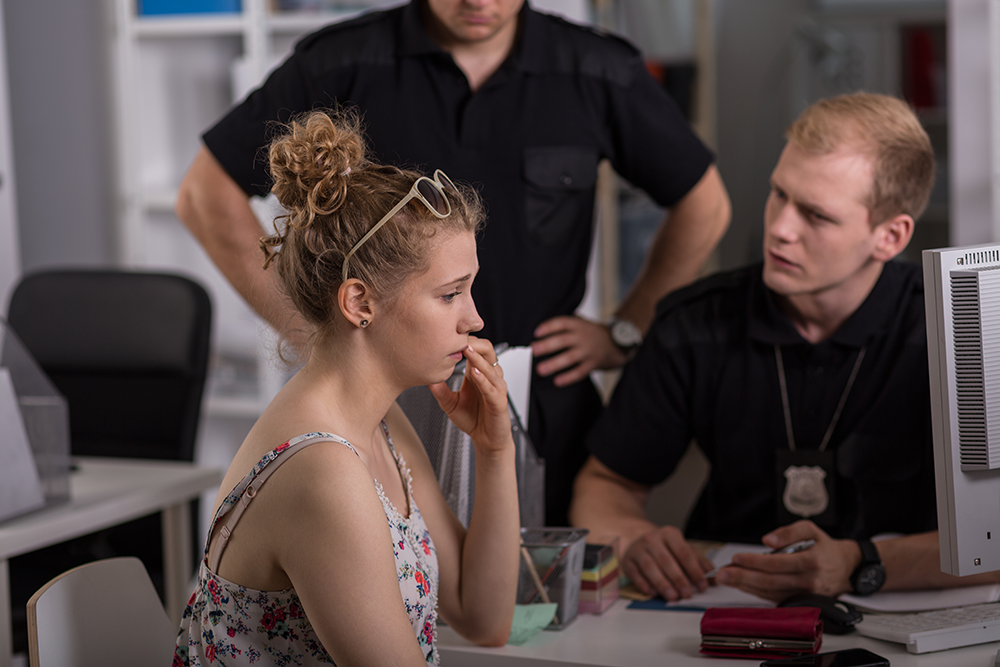 This can be shown in one of several ways:

Legal Definition: Every person who reports to any police officer, the Attorney General, or a deputy attorney general, or a district attorney, that a felony or misdemeanor has been committed, knowing the report to be false, is guilty of a misdemeanor (PC
148.5(a)).

In addition, making a false report to any other peace officer that a felony or misdemeanor has been committed, is also guilty of a misdemeanor if:

The false information is given while the peace officer is engaged in the performance of their duties as a peace officer;

The person providing the false information knows or should have known that the person receiving the information is a peace officer. (PC 148.5(b))

This does not apply to mandatory reporters, or people required by law to make reports involving elder abuse or child abuse to police. (PC 148.5(e))

PC 148.9(a): Providing false information, such as your name, to police officers, is also a misdemeanor offense.

The greatest hoax in the Criminal Justice System is the old saying in Entrapment cases where if you ask the police officer if they are in fact police, that they must tell you. In fact, police do not have to identify themselves, even if asked, if they are the police. The reverse is not true, however. We cannot lie to police, or people associated with police, or even make fake 911 calls, as stated above. It is important to note, as will be explained later, is that this is all purposeful conduct, not accidental.

Resisting, Obstructing, or Delaying Arrest is a misdemeanor only violation in California. If you are convicted, you could be sentenced to County Jail for up to 180 days. You would be required to serve 50% of that time. This is not a crime of Moral Turpitude, but looking at the crime itself, it will appear to be a crime of dishonesty and lying to an authority figure. This will play a huge role if applying for Citizenship, or for a person trying to obtain a Professional License. And unless a good explanation can be provided for why you were convicted, could disqualify you from residency, or your dream job.

As I alluded to earlier, it is important to know that you have to intend to make a false statement or false report at the time you are making it. If some person calls you as a prank, saying that their father was just murdered. You then calling the police will not lead to a conviction if you truly believed the statement you gave was true at the time. A prank generally implies one person is not in on it, and albeit a sick prank, it eliminates the necessary intent needed for a conviction.

Another common example is an angry ex, who calls police to report that they were raped. That person, maybe not thinking it through that well has a bad story, it falls apart, and its shown she was trying to get back at someone. A lie like this could land someone in jail for years, which is why these cases are so heavily prosecuted to prevent people from trying to ruin other’s lives.

These cases are prosecuted aggressively by every DA. You need an even more aggressive attorney to fight for your rights. You cannot risk a conviction affecting your future job prospects. A simple prank phone call to police, or trying to hurt another with a report, can land you in jail with a criminal conviction. There are many defenses that exist, and we have found hundreds towards dismissals or reductions of charges. Our PC 148.5 Ontario criminal defense attorney has successfully defended numerous cases involving PC 148.5 and other serious offenses. The initial consultation is free and we are available to answer your questions 24/7. Call the Inland Empire Criminal Defense today at 909-939-7126! Located in Ontario, CA.