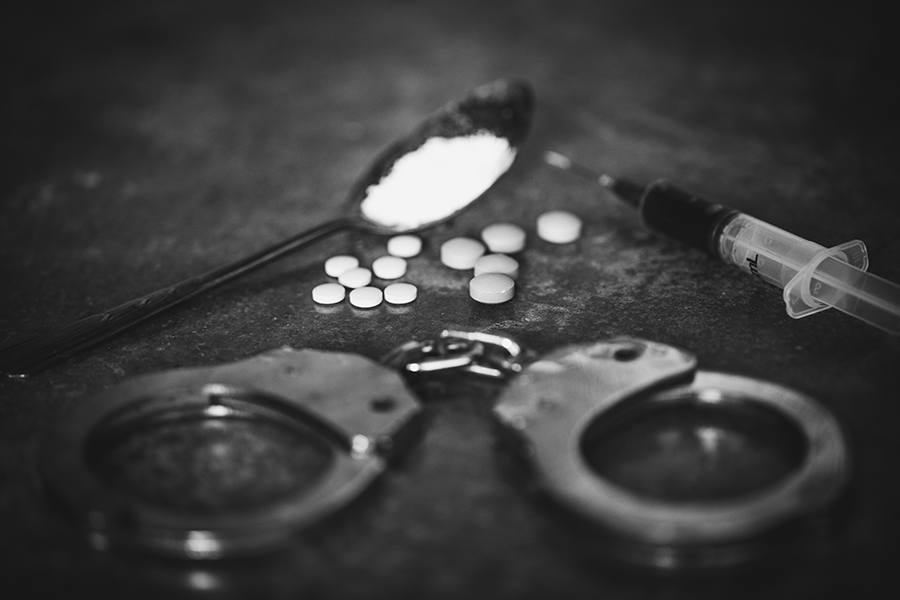 Legal Definition: (a) It is unlawful to possess an opium pipe or any device, contrivance, instrument, or paraphernalia used for unlawfully injecting or smoking…a controlled substance…

To be found guilty under HS 11364 the prosecution must prove:

1. You unlawfully possessed an object used for unlawfully injecting or smoking a controlled substance;

2. You knew of the object’s presence;

3. You knew it to be an object used for unlawfully injecting or smoking a controlled substance.

Possession of a device for smoking marijuana, without more, is not a crime. Common examples under this section involve methamphetamine pipes or things such as cocaine spoons. Until 2021, it is not illegal to possess things such as hypodermic needles or syringes so long as they are for personal use only and come from a lawful source such as from a pharmacy. Possession here can mean actual or constructive possession. Actual possession would mean the item is physically being carried by you.

Constructive possession can happen if you can exercise control over the item or you have the right to exercise control over that item either yourself or with another person. That is why more than one person can possess drug paraphernalia at the same time. There are certain items not covered under this section, for example, possession of scales/balances to weigh drugs, blenders/spoons or mixing devices, or balloons and capsules are not considered drug paraphilia. Possession of those items will generally put you in violation under HS 11351 or HS 11352.

Common items that are considered controlled substances under this section would things such as depressants, stimulants, hallucinogens, and opiates. Within these sections are common drugs such as cocaine, heroin, PCP, and methamphetamine. Marijuana is possession for personal use is not a crime any longer under Prop 64.

A charge under HS 11364 is a misdemeanor offense. If you are convicted of this charge you could be sentenced to upwards of six months in County Jail. You would be required to serve at least 50% of that time in custody. You could also be subject to a fine up to $1000 for this charge. In addition, all paraphernalia present would all be confiscated by police as part of their investigation and likely destroyed.

This criminal section requires certain knowledge by you that the item you possess is drug paraphernalia. What this section requires, is you have to not only know that you possess the item, but that you have knowledge that the item you possess is in fact drug paraphernalia. If your roommate, for example, gives you a bag with something it to hold for them, if you don’t know the item in the bag is drug paraphernalia, then you cannot be found guilty of this charge. If that were the case, there would be insufficient evidence to find you guilty of this crime. It also is a defense of the crime here if you did not know you had possession of the drug paraphernalia. This could be something left in your car by a friend, that is not yours, and you had no idea it was present. This would also act as a defense showing there is insufficient evidence to prove you guilty of the crime.

Another defense can be if police violate your rights against unlawful Search and Seizures. This can happen if police were to enter your residence without a warrant or probable cause to search for drug paraphernalia. A violation here would allow your Ontario Criminal Defense Attorney to file a Motion to Suppress Evidence under a PC 1538.5 motion to get the evidence suppressed and thereafter it cannot be used against you in your case.

A charge under this section can result in an unwanted criminal conviction that can last a lifetime. It can affect your future school, job, and residence if convicted under this section. Drug convictions also tend to make it more difficult to obtain professional licenses, even if the charge was something you received when you were younger, it is not worth it to not fight for. Our Ontario HS 11364 attorney has successfully defended hundreds of people charged with drug crimes under HS 11364 Call your local Ontario Criminal Defense Attorney today at the Inland Empire Defense 909-939-7126. Located in Ontario.