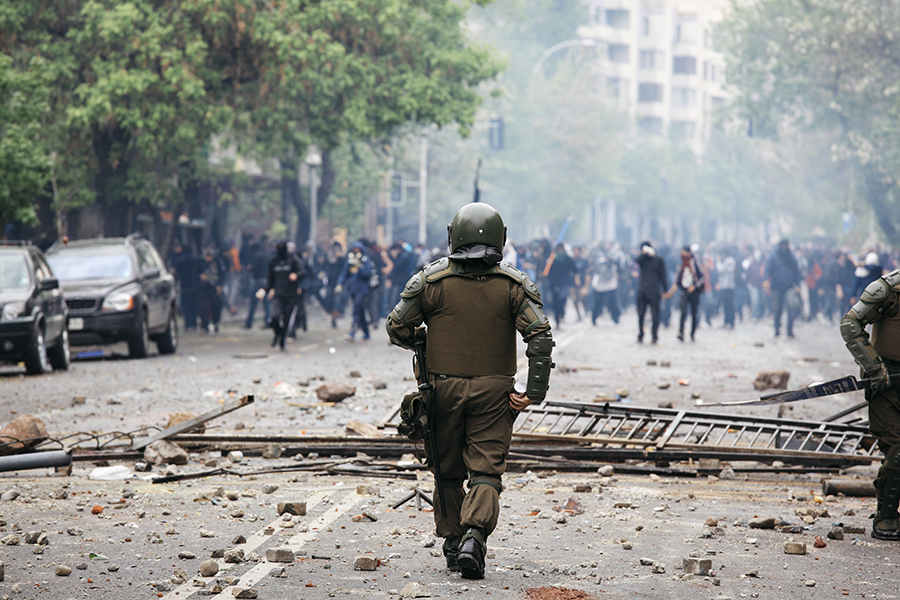 Legal Definition: Every person who commits second-degree burglary, defined in penal code 459, during and within an affected county in a “state of emergency” or a “local emergency” resulting from an earthquake, fire, flood, riot, or other natural or man-made disasters shall be guilty of the crime of looting.

Looting is defined as theft during an emergency. An emergency would mean an earthquake, fire, flood, riot, or other natural or man-made disasters. Even if the structure you enter to look is damaged from a disaster, does not preclude you from being charged with this section. Theft is the unlawful taking of another person’s property without consent and with the intent to permanently deprive the owner of the property. The theft could be petty theft or grand theft.

Looting is a wobbler crime, meaning it can be charged as a misdemeanor or as a felony, based on the amount stolen, your criminal history, and the specific facts of your case. If you are convicted of this charge as a misdemeanor, you could be sentenced to up to one year in County Jail. If you are convicted of this offense as a felony, you could be sentenced to upwards of 16 months, two or three years in State Prison. You would be required to serve 50% of that sentence.

Looting, however, is not a serious or violent felony, and therefore not a Strike offense under the Three Strike’s Law. However, because this is a crime of theft, it will affect your legal status for immigration purposes, as well as any professional license you may hold. Plus, because this is a financial/theft crime, you would be required to a hefty restitution fine to pay back to the victims based on what you looted.

This type of charge in California can happen with the abundance of fires we suffer through as California residents every year. A defense that can be used is that you were not actually entering the shop to steal items, but rather, you were retrieving items the owner asked you to get. Imagine a scenario where a massive fire or earthquake happens, and many stores on a block are destroyed. The owner, your neighbor, and an elderly man ask you to go into his shop to bring him his safe in the back since there is money-back there that he needs. If the police were to stop you as you were walking out, you would have the defense of insufficient evidence to prove your guilt under this section, because you had consent to enter and retrieve the item by the owner.

These charges can have bad effects on a person’s immigration and professional status. Because it involves you essentially taking advantage of a person who also suffered a giant disaster, it is quite hard to prove to an Immigration Judge that you are a good person that is fit to stay in the United States, similar to that of any Professional License holder. It is imperative to avoid a conviction under this section, simply based on the nature of the charges, and how they can follow you for the rest of your life. You need someone aggressive and dedicated to helping you avoid a conviction here. Our PC 463 Ontario criminal defense attorney has successfully defended numerous cases involving PC 463 and many other theft offenses. The initial consultation is free and we are available to answer your questions 24/7. Call the Inland Empire Criminal Defense today at 909-939-7126! Located in Ontario, CA.