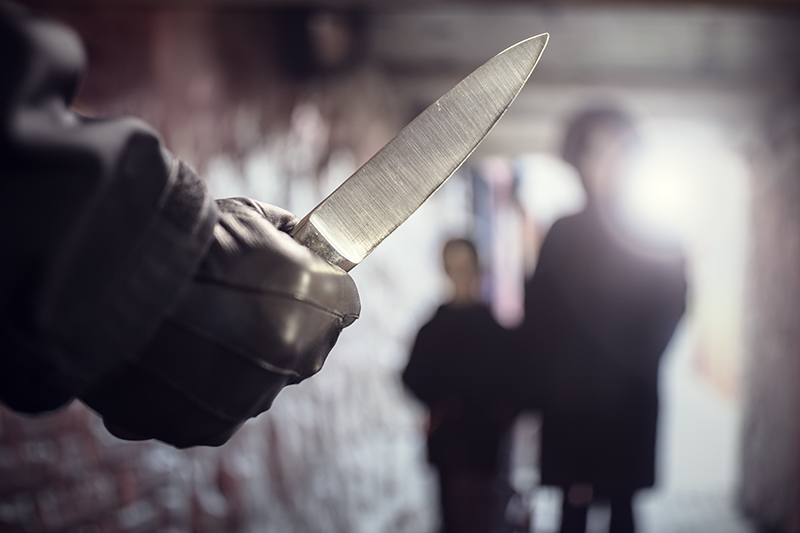 Legal Definition: Every person who unlawfully and maliciously deprives a human being of a member of his body, or disables, disfigures, or renders it useless, or cuts or disables the tongue, or puts out an eye, or slits the nose, ear, or lip, is guilty of mayhem.

For a person to be convicted of a violation of PC 203, the prosecution must prove the following:

You unlawfully and maliciously:

1. Removed a part of someone’s body;

2. Disabled or made useless a part of someone’s body and the disability was more than slight or temporary;

6. Put out someone’s eye or injured someone’s eye in a way that so signiﬁcantly reduced their ability to see that the eye was useless for the purpose of ordinary sight.

PC 205 Aggravated Mayhem: A person is guilty of aggravated mayhem when he or she unlawfully, under circumstances manifesting extreme indifference to the physical or psychological well-being of another person, intentionally causes permanent disability or disfigurement of another human being or deprives a human being of a limb, organ, or member of his or her body.

Someone acts maliciously when he or she intentionally does a wrongful act or when he or she acts with the unlawful intent to annoy or injure someone else. Disﬁgurement constitutes mayhem only when the injury is permanent. A disﬁguring injury may be permanent even if it can be repaired by medical procedures. The victim of mayhem must be alive at the time of the mayhem attack.

It is not necessary under PC 205 that you actually intended to kill the other person. The only difference between PC 203 and PC 205, is that aggravated mayhem requires the prosecution to prove that you had the specific intent to dismember or disfigure a person. To prove PC 203, the prosecution only needs to prove that you maliciously committed an act that resulted in dismemberment or disfigurement, but not that you specifically intended to dismember or disfigure another person.

Both Mayhem charges are straight felonies. Under PC 203, if you are convicted, you could be sentenced to State Prison for upwards of two, four, or eight years. If you are convicted under PC 205, you could be sentenced to 25 years to life in State Prison. You would be required to serve 85% of that time in custody. Both Mayhem crimes are considered serious and violent crimes, as those terms are defined in the Three Strikes Law. This would mean any subsequent felony charge you would receive, would double your potential Prison exposure, and make you ineligible for a Probation sentence (no prison).

Based on the serious and violent nature of these charges, they would constitute an Aggravated Felony under Federal Law, which means if you have temporary Residency status in the United States, you will be deported once you have completed your prison sentence. You could also be required to pay a hefty restitution payment for the damage you cause to the other person, including therapy, hospital bills, as well as physical rehabilitation. You would also lose any Professional License you would have.

The most common defense under this section is Self-Defense/Defense of a Third Party. It’s always important to note that as a general rule, you cannot try to maim or cut off a person’s body part. However, if the alternative is that the person you are attacking actually attacked you first, and your only response is to defend yourself, then that is not sufficient for a conviction under this section.

A big battle also becomes whether the elements are met for an Aggravated Mayhem v. Mayhem. If you lack the specific intent to permanently maim another, then your case will fall down to simple mayhem, versus the aggravated one. This can also be negotiated by your attorney, given the facts of your individual case.

These charges are extremely serious, and will almost assuredly land you in State Prison if you do not act quickly to find an experienced attorney to represent you. You have the potential of not just spending many years in prison, but you could spend the rest of your life there. You need someone who can argue the elements of the crime and poke holes in the prosecutor’s case. I have handled many of these cases, and I can help you or your loved one have hope to get through these difficult times. Our PC 203 Ontario attorney has successfully defended numerous cases involving Mayhem under PC 203. The initial consultation is free and we are available to answer your questions 24/7. Call the Inland Empire Criminal Defense today at 909-939-7126! Located in Ontario, CA.