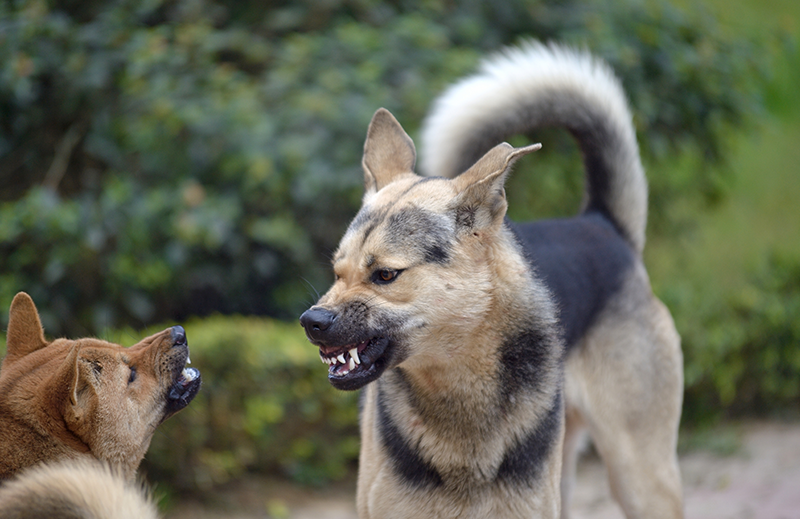 Legal Definition: Any person owning or having custody or control of a dog trained to fight, attack, or kill is guilty of a felony or a misdemeanor.

For a person to be convicted of a violation of PC 399.5, the prosecution must prove the following:

1. You owned/had custody or control of a dog trained to ﬁght, attack, or kill;

2. You knew or reasonably should have known that the dog was vicious or dangerous;

3. You failed to use ordinary care in owning/controlling the dog;

4. As a result of your failure to use ordinary care, the dog bit someone on two separate occasions/caused substantial physical injury to another person.

Keep in mind, that a simple bite is not sufficient for a conviction under this section. It must be two or more bites or one of the bites results in a substantial physical injury to another person.

The crime of owning an attack dog under PC 399.5 is a wobbler offense, meaning it is to be charged as a misdemeanor or as a felony offense. Whether it is charged as a misdemeanor or a felony is based on your criminal history, as well as the injury sustained by the victim. If you are to be found guilty under this section as a misdemeanor, you could be sentenced to up to one year in County Jail. If you are convicted of PC 399.5 as a felony, you could be sentenced to upwards of 2, 3, or 4 years in a State Prison. You would be required to serve 50% of that sentence.

In some PC 399.5(a) cases, you may be able to avoid jail entirely and instead serve an alternative sentence. Alternative sentences include work release, which is commonly known as Community Service, or electronic monitoring, also known as House Arrest.

The crime of owning an attack dog is not considered a “strike” under California Three Strikes Law. It is also not considered a crime of moral turpitude. However, given the nature of this offense, you are generally subjected to heavy fines and fees in the form of restitution to the injured victim. This can include medical expenses, as well as fines of upwards of $10,000.

This can be shown by the element of provocation explaining the reaction of your dog. A friend could play a game by coming up behind you in order to scare you and in essence, scaring and provoke the dog to attack. This would be a defense against the attack on your friend.

Many of these cases can be more damaging than simply jail time. You could also lose your dog, or have it put down as a means to avoid jail time. Not to mention the extreme fines and medical bills you would in turn be responsible for paying. You need someone who knows how to handle these types of cases. Our criminal defense attorney has successfully defended many misdemeanor and felony offenses under PC 399.5. The initial consultation is free and we are available to answer your questions 24/7. Call the Inland Empire Criminal Defense today at 909-939-7126!