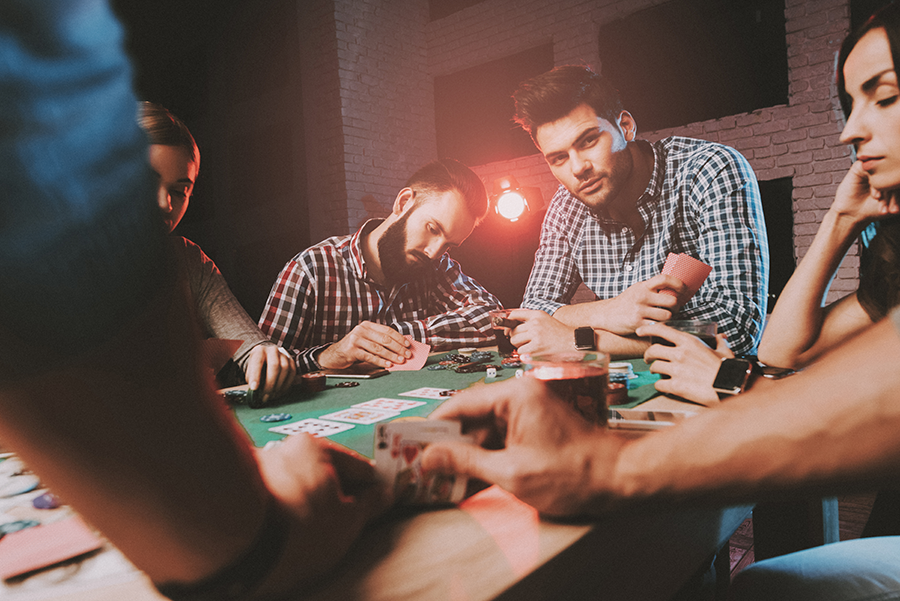 Every person who deals, plays, or carries on, opens, or causes to be opened, or who conducts, either as owner or employee, whether for hire or not, any game of faro, monte, roulette, lansquenet, rouge et noire, rondo, tan, fan-tan, seven-and-a-half, twenty-one, hokey-pokey, or any banking or percentage game played with cards, dice, or any device, for money, checks, credit, or other representatives of value, and every person who plays or bets at or against any of those prohibited games, is guilty of a misdemeanor, and shall be punishable by a fine not less than one hundred dollars ($100) nor more than one thousand dollars ($1,000), or by imprisonment in the county jail not exceeding six months, or by both the fine and imprisonment.

For a person to be convicted of a violation of PC 330, the prosecution must show that:

This crime makes a person who deals, plays, carry’s on, or conducts a game that is prohibited. California considers a “prohibited game” as any game that qualifies as either a banking or percentage game. A banking game is when someone collects money from the losers that participate in the game and use that collected money to pay the winners of the game.

A percentage game is a game where the house (such as a casino in Vegas) collects money that is calculated as a portion of bets made. In other words, this charge does not criminalize people who like to play paid poker games with friends where the players put their money in the pot with a chance to win. This section criminalizes if you act as a “house” and collect fees based on the number of bets made into that poker game.

Also, if you were a “house” and you took a percentage of the overall winnings, you could be guilty of this crime. So long as you are not acting as “host” and collect money based on the bets itself made or on a percentage of money paid, then you would not be guilty of this charge. Some specific games that are listed that can be illegally prohibited games are roulette, rondo, and twenty-one (blackjack). But this list is not an exhaustive list and can apply to any banking or percentage game. In other words, this section can change your home game into a criminal charge.

This section does not apply to charity bingo games that are conducted by charitable organizations for charitable purposes.

A violation of PC 330 is a misdemeanor offense. If you are convicted of this charge, you could be sentenced to up to six months in county jail. You would be required to serve at least 50% of that time in custody. You could also be subjected to fines from anywhere between $100 up to $1000 for a conviction.

This is not a strike offense under California’s Three Strikes Law. It is also not a Sex Offense requiring Sex Registration under PC 290. This is not a crime of moral turpitude, so it would not directly impact you in Immigration Court or if you have a Professional license.

If the police were to enter your home during a home game without a warrant or valid probable cause, then you can likely argue that there was an illegal search, and your 4th Amendment Rights were violated. Your Ontario Criminal Defense Attorney can therefore argue this violation is enough to your case thrown out of court with the proper motions. Consult with a criminal defense attorney to see if this can apply to the facts of your case.

A home poker game can turn into a criminal conviction, hefty fines, and jail time if you are not safe. Our PC 330 Ontario attorney has successfully defended numerous cases involving criminal charges in Southern California including under PC 330. The initial consultation is free and we are available to answer your questions 24/7. Call the Inland Empire Criminal Defense today at 909-939-7126! Located in Ontario, CA.