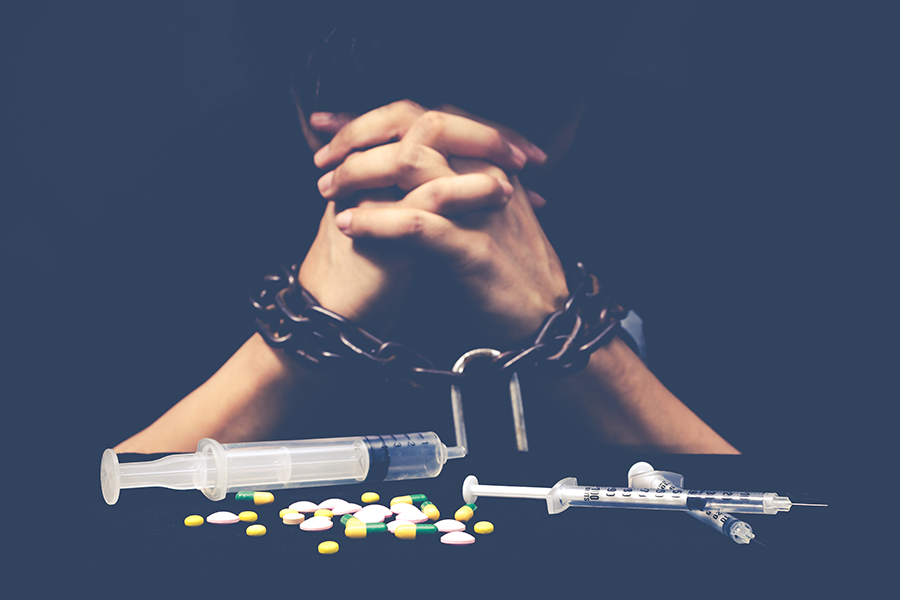 Legal Definition: “(a) Except when otherwise authorized by law, or when authorized by the person in charge of the prison or other institution referred to in this section or by an officer of the institution empowered by the person in charge of the institution to give the authorization, any person, who knowingly brings or sends into, or knowingly assists in bringing into, or sending into, any state prison, prison road camp, prison forestry camp, or other prison camp or prison farm or any other place where prisoners of the state are located under the custody of prison officials, officers or employees, or into any county, city and county, or city jail, road camp, farm or other place where prisoners or inmates are located under custody of any sheriff, chief of police, peace officer, probation officer or employees, or within the grounds belonging to the institution, any controlled substance, the possession of which is prohibited by Division 10 (commencing with Section 11000) of the Health and Safety Code , any device, contrivance, instrument, or paraphernalia intended to be used for unlawfully injecting or consuming a controlled substance, is guilty…”

To be found guilty under PC 4573 the prosecution must prove that you intentionally:

A usable amount is a quantity that is enough to be used by someone as a controlled substance. A Penal Institution is a state prison, county jail, or prison camp, among others. This usually applies to a person who is arrested for a crime, and upon going into jail, they are also carrying a controlled substance. A controlled substance can be things such as cocaine, methamphetamine, or heroin, which are some of the more common ones. Additionally, a person already serving a sentence can be caught while in custody already if they were to obtain a controlled substance during their stay.  This is a new offense, so if, for example, you are arrested for a simple DUI offense, but also bring into the jail within your pockets some methamphetamine, then you could add a new felony charge to the current case you are fighting.

This is not a strike offense under the California Three Strikes law, and it is not a Sex Offense under PC 290. You could also face a loss of your Professional License if convicted, and if you are not a legal resident, you would face Deportation in Immigration Court since this offense is a crime of moral turpitude and an aggravated felony.

You can only be convicted under this section if you knowingly bring the controlled substances into jail. In other words, not knowing you have drugs in your possession, works as a defense to this charge. Failing to show your knowledge that the controlled substances were with you upon entering the jail, would mean there is insufficient evidence to prove you guilty of the crime.

Another issue could be a violation of your Fourth Amendment rights. This is commonly attacked in California under PC 1538.5, which is a motion filed and argued in Court. Let’s say you are arrested for a DUI, but the DUI stop that leads to your arrest was unlawful. Maybe you did not commit a traffic violation, or that you passed the FSTs with police and therefore should not have been arrested. An illegal arrest would mean that the second charge of bringing the drugs into the court, would also be dismissed or suppressed. Your Ontario Criminal Defense Attorney can therefore argue that the police violated your rights, and can argue to have the evidence suppressed, which most often can lead to a dismissal of your case.

A conviction under PC 4573 can have devastating impacts on your future, your job, and your immigration status. A conviction here can send you to prison, and devastate your future. Because this is a felony-only charge, a conviction can lose your Second Amendment Rights to ever own or possess a firearm. Our Ontario PC 4573 attorney has successfully defended many people charged with criminal charges in the Inland Empire including under PC 4573, and we can help you too. Call your local Ontario Criminal Defense Attorney today at the Inland Empire Defense 909-939-7126. Located in Ontario.