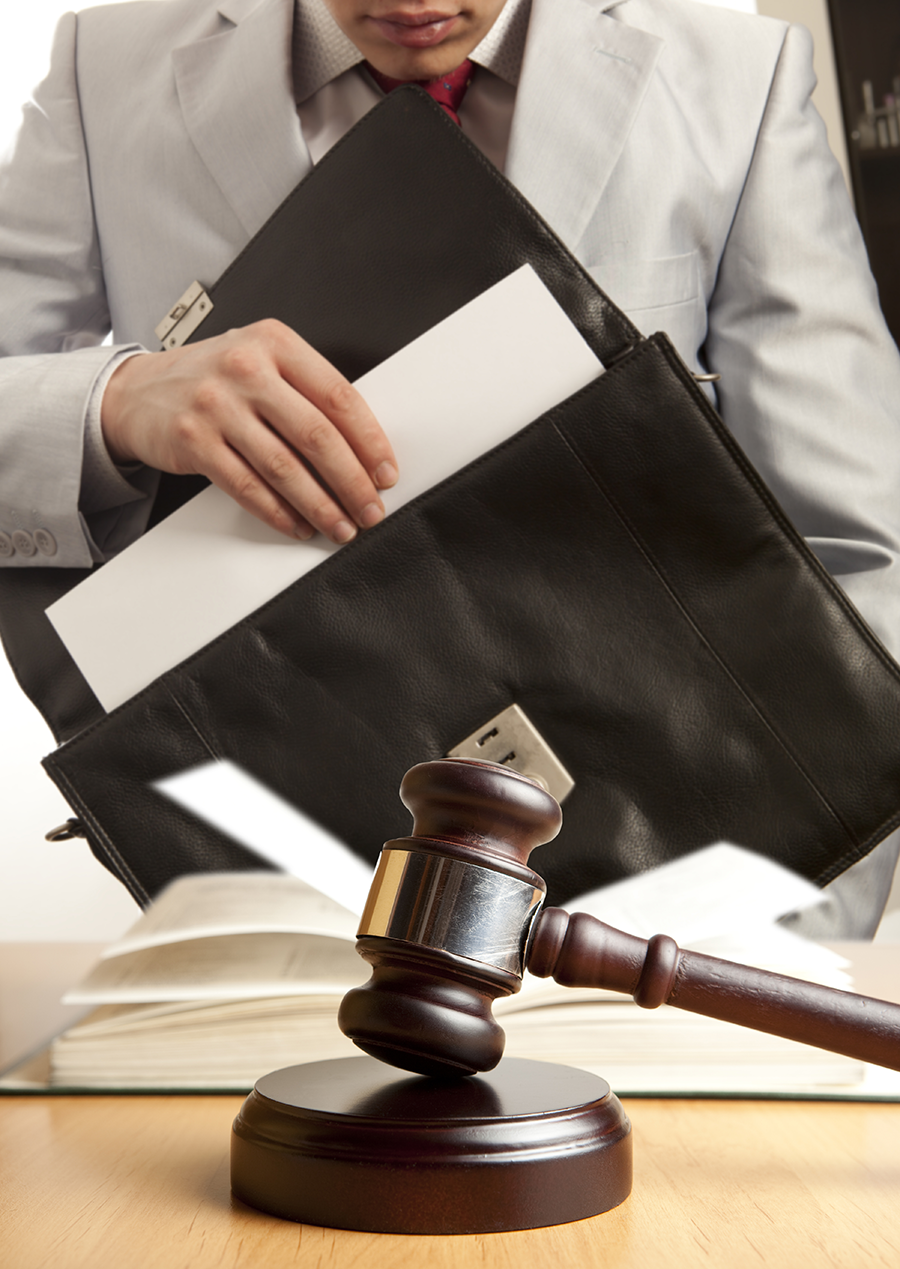 PC 132: ”Every person who upon any trial, proceeding, inquiry, or investigation whatever, authorized or permitted by law, offers in evidence, as genuine or true, any book, paper, document, record, or other instruments in writing, knowing the same to have been forged or fraudulently altered or ante-dated, is guilty…”

PC 134: ”Every person guilty of preparing any false or ante-dated book, paper, record, an instrument in writing, or other matter or thing, with intent to produce it, or allow it to be produced for any fraudulent or deceitful purpose, as genuine or true, upon any trial, proceeding, or inquiry whatever, authorized by law, is guilty…”

For a person to be convicted of a violation of PC 132, the prosecution must show that:

For a person to be convicted of a violation of PC 134, the prosecution must show that:

Under PC 134, a matter or thing could include things other than writings, such as photos, weapons, and clothing items. It is more expansive than the limited items that are “written” under PC 132. The same types of proceedings apply here, so it can be a civil/criminal case, administrative hearing, legal inquiry, or investigation. Another requirement under PC 134 is that you need not actually produce false evidence to be found guilty under this section. The crime is committed once you make the evidence with the intent to produce it, no actual production necessary. So long as you intentionally produce the evidence with the purpose of deceit, you have committed the crime here.

For violations under PC 132 and PC 134, you can only be charged with these crimes as felonies. If you are convicted of either charge, you could be sentenced to upwards of 16 months, 2 or 3 years in a State Prison. You would be required to serve at least 50% of that time in custody.

This is not a strike offense under California’s Three Strikes Law. It is also not a Sex Offense requiring Sex Registration under PC 290. However, because this crime involves dishonesty and is a crime of moral turpitude, it would likely affect people with Professional Licenses and people in Immigration proceedings.

Entrapment occurs when police, or their agents, encourage or promote the crime by way of their overbearing conduct. The idea has to be formed in the mind of the police, and not on the Defendant, in order to successfully use this defense. In certain circumstances, police can “lure” a person who would otherwise not have intended to create a false written document or have created a false matter to a proceeding. If the criminal intent started in the mind of the police, and their overbearing conduct forced you into creating a violation under PC 132 or PC 134, you could use this defense in your case.

You can also defend under these two charges if you do not have the intent to deceive another when the evidence was offered or created. For example, under PC 132, a person could argue that the written item they produced was one that they believed was accurate when they produced it in the legal proceeding. Mistakes can happen, and if you mistakenly, and not intentionally, produced false evidence in Court, then you can show there is insufficient evidence to prove you guilty of this charge.

Under PC 134, if you can show that the evidence you produce that was a false matter was not meant to be produced in Court, but rather, for your own enjoyment, but somehow or other made it into Court, then you can show you lacked intent to commit the crime. No intent to produce or create a false matter would act as a defense, showing there is insufficient evidence to prove you guilty of the charge.

A criminal conviction can be devastating to a person’s life and reputation. False evidence production is a straight felony, meaning you will need good legal representation to avoid going to State Prison for either of these offenses. Our PC 132 and PC 134 Ontario attorney has successfully defended numerous cases involving offering false evidence under PC 132 and 134. The initial consultation is free and we are available to answer your questions 24/7. Call the Inland Empire Criminal Defense today at 909-939-7126! Located in Ontario, CA.