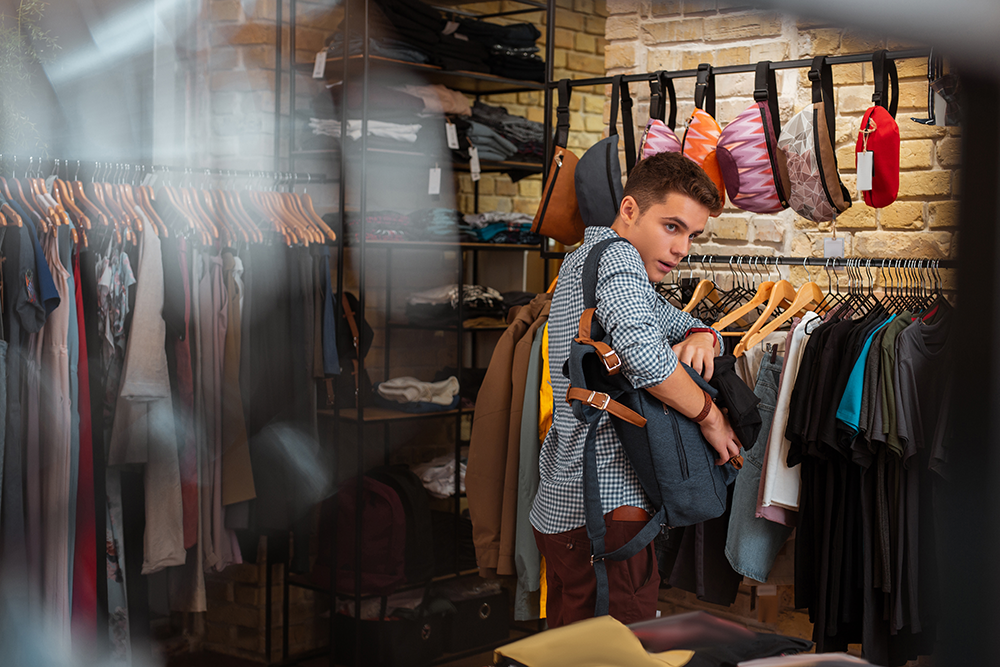 Legal Definition: (a) Notwithstanding Section 459, shoplifting is defined as entering a commercial establishment with intent to commit larceny while that establishment is open during regular business hours, where the value of the property that is taken or intended to be taken does not exceed nine hundred fifty dollars ($950).

For a person to be convicted of a violation of PC 459.5, the prosecution must show that:

1. You entered a commercial establishment;

2. When you entered the commercial establishment, it was open during regular business hours;

3. When you entered the commercial establishment, you intended to commit theft.

To intend to steal from the establishment, it must be shown that you intended to deprive the owner of it permanently/to remove it from the owner’s or owner’s agent’s possession for so extended a period of time that the owner would be deprived of a major portion of the value or enjoyment of the property. If you do not enter a commercial establishment with this intent, you cannot be found guilty of Shoplifting.

An example of this would be a person who enters a book store with the intent to put four books into their bag and to sneak out of the store without paying for them.

A violation under PC 459.5 is a misdemeanor offense. If you are convicted under this section, you can be sentenced to up to 180 days in County Jail. You would be required to serve 50% of that sentence. You can also be fined up to $1,000, as well as pay back restitution for whatever items you took from the business. However, if you have certain serious prior convictions on your record as found under Prop 47, then 459.5 PC may be punished as a California felony. These serious prior convictions include homicide, forcible sex crimes, and any crime that requires you to register under PC 290.

Because this is a crime of theft, it would be considered a crime of moral turpitude, that would affect people’s Immigration status as well as their Professional Licenses. However, it is not a Strike offense under the California Three Strike Law.

A common way your Criminal Defense Attorney can get your case dismissed under this section could be under a Civil Compromise. This would involve your attorney contacting the store, and requesting to pay back the damages or items taken through a monetary amount, for an agreement that they would like the charges against you in criminal court dismissed. Diversion can also be available in certain cases as well, meaning you can enter into a program that allows you to do community service, pay a fine, do classes, and ultimately have your case dismissed.

The above would be available if the elements of the crime above are met. If it is shown that you did not intend to steal any item when you arrived at the store, then the Prosecutor would be unable to find you guilty as there would be insufficient evidence of a crime. Also note, that the requirement that the business must be open is necessary for this charge. However, if the building is closed and you enter, then you would be guilty of a more serious offense, known as Burglary under PC 459. So in other words, you may not be guilty of Shoplifting if the business isn’t open, but you would be guilty of a more serious burglary charge.

This charge can lead to one losing their professional jobs and licenses. It can also lead to mandatory deportation for people in the United States on a temporary basis. You can also get banned from your favorite store if you are convicted for Shoplifting from that store forever. From that, any future visits would make you guilty of Trespassing (link) to that business. Our PC 459.5 Ontario attorney has successfully defended many cases involving Shoplifting under PC 459.5. The initial consultation is free and we are available to answer your questions 24/7. Call the Inland Empire Criminal Defense today at 909-939-7126! Located in Ontario, CA.