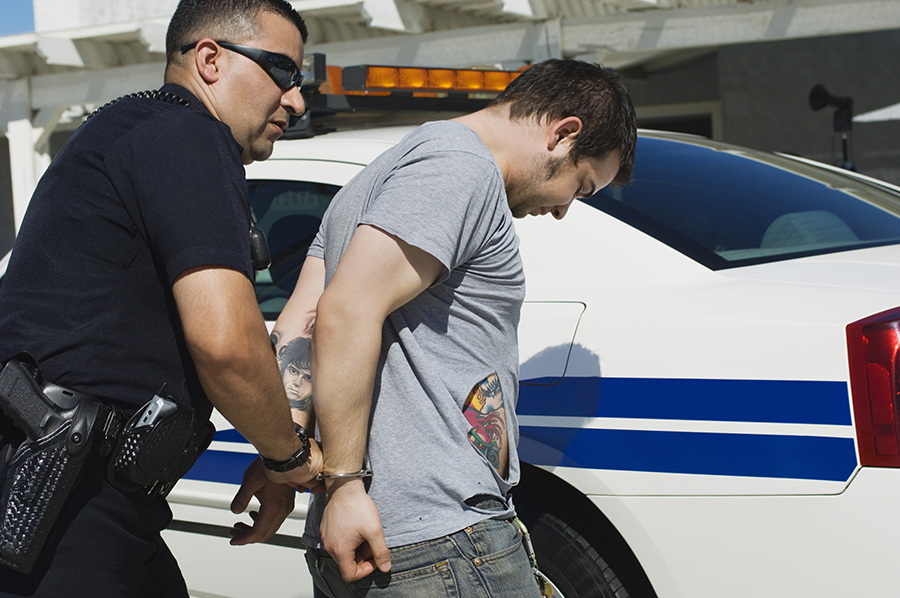 I. PC 71(a): Threat of Injury Made to an Officer in Performance of their Duties Laws

Legal Definition: Every person who, with intent to cause, attempts to cause, or causes, any officer or employee of any public or private educational institution or any public officer or employee to do or refrain from doing, any act in the performance of his duties, by means of a threat, directly communicated to such person, to inflict an unlawful injury upon any person or property, and it reasonably appears to the recipient of the threat that such threat could be carried out, is guilty of a public offense.

For a person to be convicted of a violation of PC 71(a), the prosecution must show that:

1. You knowingly and willingly threatened to inflict injury on a public official;

3. When you acted, you intended your statement to be taken as a threat;

4. The threat you made was meant to keep the public employee from performing his official duty;

5. You had the present ability to carry out the threat.

A threat may be oral or written and may be implied by a pattern of conduct or a combination of statements and conduct. You do not have to communicate the threat directly to the intended victim but may do so through someone else. Someone who intends that a statement be understood as a threat does not have to actually intend to carry out the threatened act or intend to have someone else do so. Directly communicated includes, but is not limited to, communication to the recipient of the threat by telephone, telegraph, or letter.

You do not need the specific intent to commit the threat, only to have the specific intent to make a threat to the public official. You do not need to actually carry out the threat or make any kind of physical contact with the official for this threat to be communicated to and the crime committed. An example of this could be assuming your loved one is in the process of getting arresting lawfully by police. While this happens, you get upset and tell the cop you will kill them if they arrest your loved one. Because you have the present ability to commit the crime, are intending the threat to stop the lawful arrest, then you would be in violation of this section.

This can also be found if a person threatens to slap, for example, their teacher. Since that teacher is working in their own public capacity, a threat made to them would also be grounds for a charge under PC 71.

The threat of Injury Made to an Officer in the Performance of their Duties under PC 71 is a wobbler offense in California. This means you can be charged with this crime as a misdemeanor or as a felony offense. If you are convicted of this charge as a misdemeanor, you can be sentenced to County Jail for up to one year. If you are convicted of this charge as a felony, you can be sentenced to State Prison for up to 16 months, 2 or 3 years. You would have to serve 50% of that time in County Jail or State Prison. If you have a prior conviction under PC 71, then any subsequent changes would be automatically felony charges. You could also be subject to fines upwards of $10,000, as well as a firearm ban from 10 years for a misdemeanor conviction, to a lifetime ban if you are convicted of a felony violation under PC 71.

PC 71 is not a strike offense under the Three Strikes Law, and it is also not a charge requiring Sex Registration under PC 290. If you are convicted of PC 71, you could likely face a loss, suspension, or revocation of your professional license. You could also face immigration consequences if you are a non-US Citizen living in the United States.

You must intend for your communication to be heard of as a threat by the recipient of the threat. If, for example, through a review of the totality of the circumstances, a reasonable person does not find the statement made as a threat, then there would be insufficient evidence to prove you guilty of the charge. This can also happen if you did not intend to ever make a threat and it was simply miscommunicated. Things such as pranks, or jokes, can sometimes be taken the wrong way by a person not as well versed in comedy.

Because this is a specific intent crime, the defense of Intoxication can assist. As noted, Voluntary Intoxication generally is not a defense, since a person who gets intoxicated cannot make them impervious to committing crimes or act as an excuse or justification for the person’s actions. But, it can affect crimes that required specific intent, since the intoxication can hinder your ability and change what you say and do. If found to be true, it would show you lacked the proper intent to commit the crime. It is never a defense to a general intent crime, however.

Police Officers or public officials are technically not connected to Prosecutors. However, given the close working relationship, and the mutual goal to gain convictions of the accused, it’s easy to see how these two groups have similar interests and goals. This is important because any Prosecutor is going to want to defend their typical star witnesses in any case they Prosecute, especially since here, the victim is generally the police. Because of this working relationship, these cases are heavily prosecuted and need an aggressive defense. Our PC 71 Ontario attorney has successfully defended numerous cases involving both sections under PC 71 dealing with Threats of Injury on Officers charges. You, or your loved one, cannot chance such a charge. The initial consultation is free and we are available to answer your questions 24/7. Call the Inland Empire Criminal Defense today at 909-939-7126! Located in Ontario, CA.