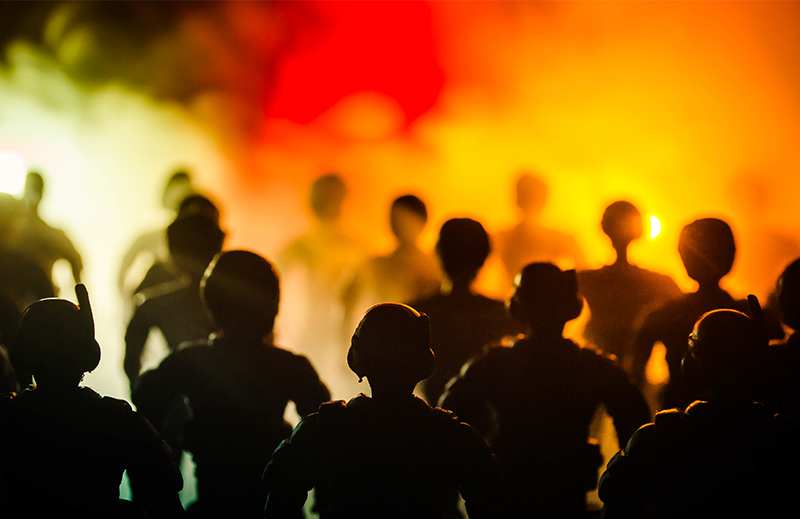 Legal Definition: Whenever two or more persons assemble together to do an unlawful act or do a lawful act in a violent, boisterous, or tumultuous manner, such assembly is an unlawful assembly.

For a person to be convicted of a violation of PC 407, the prosecution must prove the following:

1. You were present at the location of a riot/rout/unlawful assembly;

2. A public officer lawfully ordered you to disperse;

3. You willfully remained present at the location of the riot/rout/unlawful assembly after the order to disperse;

4. You were not a public officer or a person assisting an officer in attempting to disperse the riot/rout/unlawful assembly.

Someone commits an act willfully when he or she does it willingly or on purpose. A riot occurs when two or more people, acting together and without legal authority, disturb the public peace by using force or violence or by threatening to use force or violence with the immediate ability to carry out those threats. A rout occurs when two or more people, assembled and acting together, make an attempt to commit or advance toward committing an act that would be a riot if actually committed.

For you to know that the assembly is unlawful is shown by circumstantial evidence such as violent protesters, looters, rioters, others fighting and crowds shouting at each other is clear and obvious that the assembly is not lawful. If you are not found to knowingly and willingly participate in an unlawful assembly or riot, or rout, then you cannot be found guilty under this section.

A public officer lawfully warns people to disperse when the officer directs them, in the name of the People of the State, to immediately disperse. The officer is not required to use any particular words. However, the words used must be sufficient to inform a reasonable person that the officer is acting in an official capacity and ordering people to leave the area. In addition, the officer must communicate the order in a reasonable way that ensures that the order is heard.

A violation under PC 407, PC 408, or PC 409 is a misdemeanor-only offense. If you are found guilty under any of these sections, you could be sentenced to up to 180 days in County Jail. You would be required to serve 50% of that sentence. In addition to jail time, you could be subject to harsh probation terms, fines and fees, and paying for any damages your unlawful assembly, riot or rout caused.

This is not a strike under the Three Strike’s Law. It is also not a crime of moral turpitude, but people in the United States on a temporary basis, or people with professional licenses, can be looked down upon for a conviction under this section.

In general, you have a riot under the 1st Amendment to assemble. If the assembly is unlawful, that is where you could run into legal issues and violations under this section. You are lawfully allowed to associate with others in public, but the line is drawn where you begin rioting, causing damages and problems among others in the area. But again, it is not a crime to be in an assembly for lawful purposes, and a few bad apples, decide to turn it unlawful without you knowing or consenting.

A criminal conviction can be devastating to your life. It can affect your schooling, your job potential, and your earning potential. You could end up in jail, with heavy fines and fees, and an explanation when any employer pulls up your criminal record. You need someone who can argue the elements of the crime and poke holes in the prosecutor’s case. I have handled many of these cases, and I can help you or your loved one have hope to get through these difficult times. Our PC 407 Ontario attorney has successfully defended numerous cases involving Rioting, unlawful assembly, and routing under PC 407, PC 408, and PC 409. The initial consultation is free and we are available to answer your questions 24/7. Call the Inland Empire Criminal Defense today at 909-939-7126! Located in Ontario, CA.