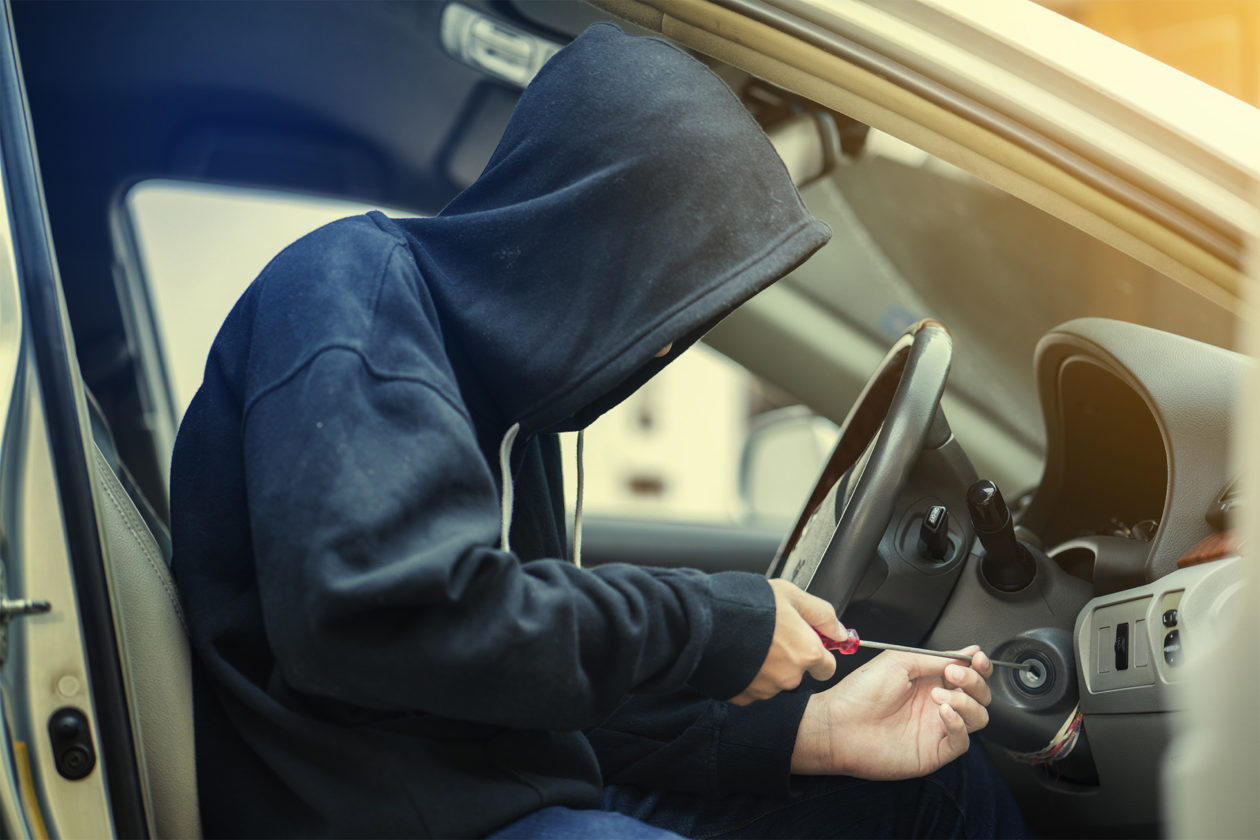 Legal Definition: Any person who drives or takes a vehicle not his or her own, without the consent of the owner thereof, and with intent either to permanently or temporarily deprive the owner thereof of his or her title to or possession of the vehicle, whether with or without intent to steal the vehicle, or any person who is a party or an accessory to or an accomplice in the driving or unauthorized taking or stealing. (VC 10851(a))

For a person to be convicted of a violation of VC 10851(a), the prosecution must prove the following:

Legal Definition: Requires the taking of another person’s vehicle with the intent to permanently deprive the owner of their vehicle. The car cost over $950. (PC 487(d)(1)).

A taking requires that the vehicle be moved for any distance, no matter how small. A common example would be if you are found inside of a vehicle that is not yours sleeping. If the vehicle is outside of the owner’s home, then you did not commit a vehicle theft crime. However, if you are sleeping in the vehicle that is now 400 miles away from the owner’s home, it can likely be proven through circumstantial evidence that you did take the car a distance away. Even if you have previously been given consent to drive the owner’s vehicle, it does not mean that you had consent at the time of taking the vehicle. A vehicle can be a motorcycle, scooter, bus, truck, etc. There are penalty enhancements for certain types of vehicles that are stolen, such as an ambulance, firetruck, police cars, specialized vehicles for disabled persons, etc. (VC 10851(b)) Under VC 10851, the concept is that you are merely taking the car for the purposes of “Joyriding” (PC 499), with no intention of keeping the vehicle you “borrowed”. Joyriding is itself a crime, but typically these cases are instead charged as Unauthorized Taking of a Motor-vehicle under VC 10851.

PC 499 is a misdemeanor, where you could be sentenced to County Jail for up to one year.

If you were reasonably mistaken as to whether or not you had the consent to use another person’s vehicle, it can be a defense under these sections. However, if your girlfriend breaks up with you, and goes to the airport to take a flight, and while she’s gone, steals her mother’s vehicle, and then total it, it would be safe to say you did not have consent to drive her vehicle. The mistake has to be reasonable and in good
faith.

In addition, the charge depends on whether or not you actually intended to keep the car, or were just taking the car for a Joyride. This matters greatly if it is an expensive car, where you could be looking at extended time in State Prison if you intended to keep that vehicle.

Of course, a good defense is that you did actually have consent to use the vehicle. However, consent can be withdrawn at any time, so be careful in thinking that just because someone gave you consent to use their vehicle one time, you can take it forever and whenever you want.

These charges are not violent and do not result in a Strike on your record, but they are still serious and most often charged as a Felony. You would be hard-pressed to find a vehicle that is less than $950 to receive a misdemeanor charge of Grand Theft under PC 487(d)(1). Thus, expect a fight going in, and make sure you find an attorney who is willing to fight for you. Our Grand Theft Ontario attorney has successfully defended numerous cases involving violations of PC 487/VC 10851 and other car theft cases. The initial consultation is free and we are available to answer your questions 24/7. Call the Inland Empire Criminal Defense today at 909-939-7126! Located in Ontario, CA.