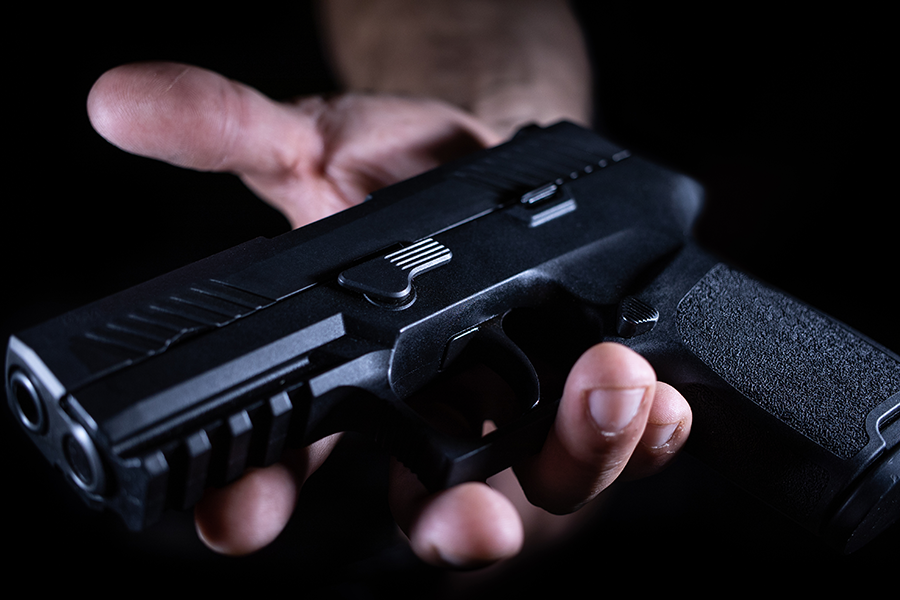 PC 12022.4: (a) ” Any person who, during the commission or attempted commission of a felony, furnishes or offers to furnish a firearm to another for the purpose of aiding, abetting, or enabling that person or any other person to commit a felony shall, in addition, and consecutive to the punishment prescribed by the felony or attempted felony of which the person has been convicted, be punished by an additional term of one, two, or three years in the state prison.  The court shall order the middle term unless there are circumstances in aggravation or mitigation.  The court shall state the reasons for its enhancement choice on the record at the time of the sentence.  The additional term provided in this section shall not be imposed unless the fact of the furnishing is charged in the accusatory pleading and admitted or found to be true by the trier of fact.”

This is not a criminal section you can be charged with, instead, it is an Enhancement. What that means, is that you must be first charged with a felony offense, and then thereafter you are also alleged to have committed this secondary violation by aiding it abetting another in the commission of a felony by providing them with a firearm. This enhancement also applies to attempted crimes, meaning you do not have to be successful in committing the underlying felony to have this enhancement added to your case.

A firearm is any device designed to be used as a weapon, from which a projectile is discharged or expelled through a barrel by the force of an explosion or other form of combustion. A firearm does not need to be in working order if it was designed to shoot and appears capable of shooting.

This enhancement involves a second person that is attempting to commit a felony offense. You then assist that person but giving them a firearm while they are planning or attempting to commit a felony. In other words, you help to provide the ammo for them to commit the felony, by giving them a firearm. You do not need to even be present while the crime is being committed, so long as you provide them with the firearm to commit that felony.

As state above, a violation of PC 12022.4(a) is an enhancement, not a stand-alone crime. Therefore, you would never be charged with enhancement by itself, it has to be added to a felony offense you are already charged with. The enhancement under PC 12022.4(a), can add an additional 1, 2, or 3 years added to your underlying offense, to be run consecutively. You would have to serve at least 85% of that time in custody.

PC 12022.4(a) is a not strike offense under the Three Strikes Law and is not a charge requiring Sex Registration under PC 290. You would likely face a loss, suspension, or revocation of your professional license. You could also face immigration consequences if you are a non-US Citizen living in the United States, since this may be considered an aggravated felony under Federal Law since it involves a firearm.

Generally speaking, a person who confesses to a crime that is forced out of them by police conduct, would be inadmissible to be used against them in Court. This makes logical sense, if the police force a confession out of a person illegally, it should not be able to be brought into Court to be used against them. Generally, this can happen during police interrogations where police, believing they have their person, do whatever it takes you to make you confess. They can do this through physical abuse or psychological abuse. Police can lie to you. They can claim there are witnesses that saw you at the scene, that another person has blamed you as the one responsible, whatever it takes to get you to confess. These are generally considered normal police conduct, but there are limits to what they can and cannot do. When they go too far, they end up with a coerced confession. A person forced to admit that they supplied a firearm to assist someone committing a felony, could act as a defense to any statements you make against yourself in your case.

A criminal conviction can have a devastating impact on your life and your future. A conviction here adds up to 3 years to your sentence making the likelihood of coming home one day further and further away and less likely. Our PC 12022.4 Ontario attorney has successfully defended thousands of people charged with criminal offenses in the Inland Empire. You, or your loved one, cannot take a chance on such a serious enhancement. The initial consultation is free and we are available to answer your questions 24/7. Call the Inland Empire Criminal Defense today at 909-939-7126! Located in Ontario, CA. 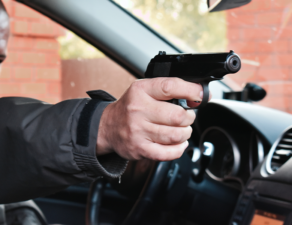