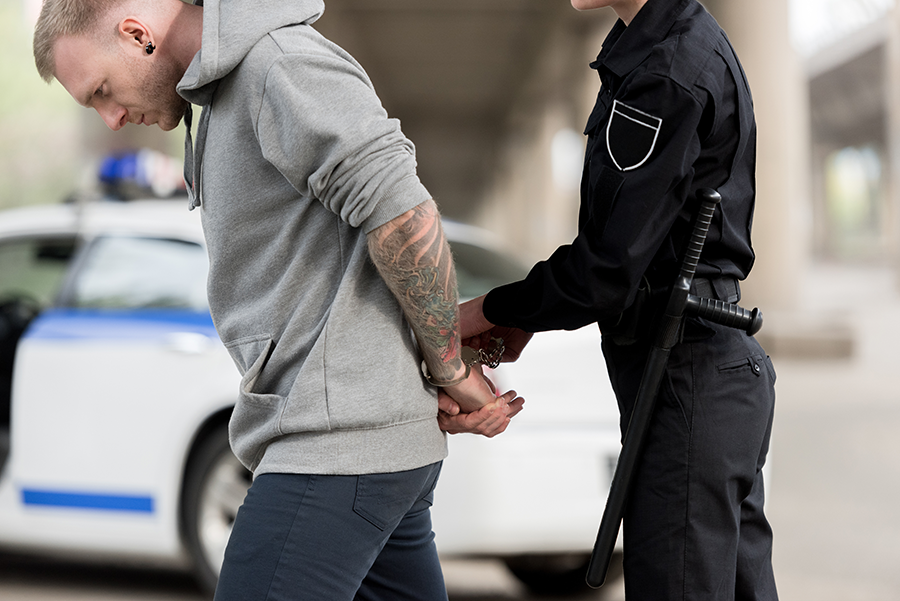 For a person to be convicted of a violation of PC 243(b) the prosecution must show that:

1. The person that was battered was a peace officer performing their lawful duties;

2. You willfully and unlawfully touched the peace officer in a harmful or offensive manner;

3. When you acted, you knew or reasonably should have known that the peace officer was performing their duties;

5. You did not act in Self Defense or Defense of a Third Party.

This section does not only apply to police officers, it involves any of the following:

Someone commits an act willfully when he or she does it willingly or on purpose. It is not required that you intend to break the law, hurt someone else, or gain any advantage. The slightest touching can be enough to commit a battery if it is done in a rude or angry way under PC 243(b). Making contact with another person, including through his or her clothing, is enough. The touching does not have to cause pain or injury of any kind. However, if it does inflict injury, then you would fall under PC 243(c)(2). An injury is any physical injury that requires professional medical treatment.

The touching can be done indirectly by causing an object or someone else to touch the other person. A common example, that can also apply to Resisting Arrest, is a person being lawfully arrested for a crime, and that person deciding to fight the police officer. If they make contact with the police officer, it can be considered a battery under this section. And again, if an actual injury is caused, which is enhanced if medical treatment is sought, then it becomes a violation under PC 243(C)(2). However, it is not a requirement for there to be medical attention to be charged under this section.

PC 243(b) or PC 243(c)(2) is not a strike offense under the Three Strikes Law, and it is also not a charge requiring Sex Registration under PC 290. If you are convicted of PC 243(b) or PC 243(c)(2), you would likely face a loss, suspension, or revocation of your professional license. You could also face immigration consequences if you are a non-US Citizen living in the United States since this would be a violent crime in Federal Law.

If the police officer was not acting in their duties, for example if they were making an illegal arrest of you or a loved one, then you could not be found guilty under this section for battery on a Police Officer. Of course, this is not an invitation to attack police officers if they are arresting you, but it can be a defense down the line if that’s what the officer was doing. This would show that there is insufficient evidence to find you guilty of the crime.

Further, if you are acting in the defense of others, then you cannot be found guilty under this section. For example, if you see an officer arresting another, and you see the officer is potentially killing the other person, and you interfere by pushing the police officer off of the person being arrested to save them, you would not be guilty under this section either. However, if the officer makes a statement to you that you find offensive, no matter how offensive the words may be, it is NOT a defense to the attack and batter the police officer for their words alone.

When police officers are the victims of crimes, Prosecutors generally fight harder to prosecute. This means harsher penalties, longer jail sentences, and the feeling that they are “Throwing the book at you”. This type of prosecution requires an equally aggressive and well-planned defense. This is why hiring an experienced attorney that represents these types of criminal charges is so important to the potential freedom you could lose on a conviction under this section. Our PC 243(b) and PC 243(c)(2) Ontario attorney has successfully defended numerous cases involving both sections under PC 243(b) and PC 243(c)(2) dealing with Batteries that occur on Police Officers. You, or your loved one, cannot chance such a charge. The initial consultation is free and we are available to answer your questions 24/7. Call the Inland Empire Criminal Defense today at 909-939-7126! Located in Ontario, CA.