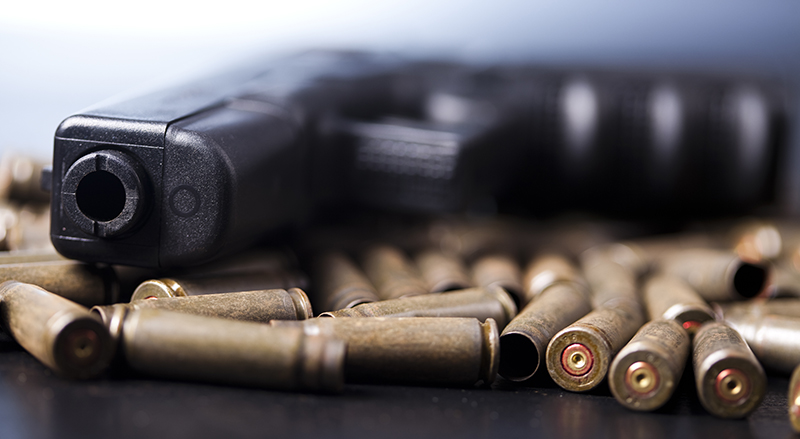 In order to determine whether or not a firearm is loaded for the purpose of enforcing this section, peace officers are authorized to examine any firearm carried by anyone on a person or in a vehicle while in any public place or on any public street in an incorporated city or prohibited area of an unincorporated territory. Refusal to allow a peace officer to inspect a firearm constitutes probable cause for arrest for violation of this section. (PC 25850(b)).

For a person to be convicted of a violation of PC25850, the prosecution must prove the following:

1. You carried a loaded ﬁrearm on your person/in a vehicle;

2. You knew that you were carrying a ﬁrearm;

3. At that time, you were in a public place or on a public street in an incorporated city/in an unincorporated area where it was unlawful to discharge a ﬁrearm.

A ﬁrearm is any device designed to be used as a weapon, from which a projectile is expelled or discharged through a barrel by the force of any explosion or other form of combustion. A ﬁrearm also includes any rocket, rocket-propelled projectile launcher, or similar device containing any explosive or incendiary material, whether or not the device is designed for emergency or distress signaling purposes. As used here, a ﬁrearm is loaded if there is an unexpended cartridge or shell in the ﬁring chamber or in either a magazine or clip attached to the ﬁrearm.

An unexpended cartridge or shell consists of a case that holds a charge of powder and a bullet or shot. A ﬁrearm does not need to be in working order if it was designed to shoot and appears capable of shooting. In other words, a ﬁrearm is loaded when a shell or cartridge has been placed into a position from which it can be ﬁred; the shotgun is not ‘loaded’ if the shell or cartridge is stored elsewhere and not yet placed in a ﬁring position. So, for example, if you have a firearm in the glove box of your car, and the cartridges are in the trunk, then that would not be considered loaded.

A taser, if properly loaded, can also be considered a loaded firearm.

A violation under PC 25850 will depend on what subsection your case or charge falls under.

1. PC 25850(a): This is the most common, and is charged only as a misdemeanor offense. If convicted, you could be sentenced to up to one year in County Jail. You would be required to serve 50% of that time in custody.

2. PC 25850(a)/PC 25850(c)(1): These sections only change the above if the person possessing the firearm is a convicted felon. Carrying a loaded firearm by a convicted felon makes the charge a felony, punishable for upwards of 16 months, 2 or 3 years in a State Prison. You would be required to serve 50% of that time in custody.

3. PC 25850(a)/PC 25850(c)(2): These sections only change the above if the person is possessing a stolen firearm. Carrying a loaded stolen firearm makes the charge a felony, punishable for upwards of 16 months, 2 or 3 years in a State Prison. You would be required to serve 50% of that time in custody.

4.  PC 25850(a)/PC 25850(c)(6): These sections involve a non-registered person possession of the loaded firearm. Carrying a loaded firearm by a non-registered person makes the charge a wobbler offense, meaning you can be charged with this section as a misdemeanor or as a felony charge. If you are charged with this as a misdemeanor, you could face up to one year in County Jail. If you are charged with this section as a felony, you could be punished upwards of 16 months, 2 or 3 years in a State Prison. You would be required to serve 50% of that time in custody.

This is not a strike under the Three Strike’s Law. It is also not a crime of moral turpitude, but people in the United States on a temporary basis, or people with a professional license, can be looked down upon for a conviction under this section. Sometimes, possessing a firearm can be deportable for Immigration purposes, regardless of whatever your sentence is, whenever you are forced to attend Immigration Court after the fact.

If a person or acquaintance you know gives you a firearm to hold onto and tells you that it is not loaded, you cannot be found guilty for being found with the loaded firearm lately. You would have to, of course, show that you lacked knowledge that the firearm was actually loaded at the time. This can be shown through ignorance of firearms, or how the firearm was even given to you. For example, if the firearm is concealed, and it is never taken out, it would be hard to show that you knew it was a loaded firearm, outside of being told of such. If there is no knowledge that the firearm is loaded, then there would be insufficient evidence to find you guilty of the crime.

A criminal conviction can have long-lasting effects on your future, specifically, if you are seeking permanent status in the United States through Immigration help. I have handled many of these cases, and I can help you or your loved one have hope to get through these difficult times. Our PC 25850 Ontario attorney has successfully defended numerous cases involving firearms charges under these sections among others. The initial consultation is free and we are available to answer your questions 24/7. Call the Inland Empire Criminal Defense today at 909-939-7126! Located in Ontario, CA.