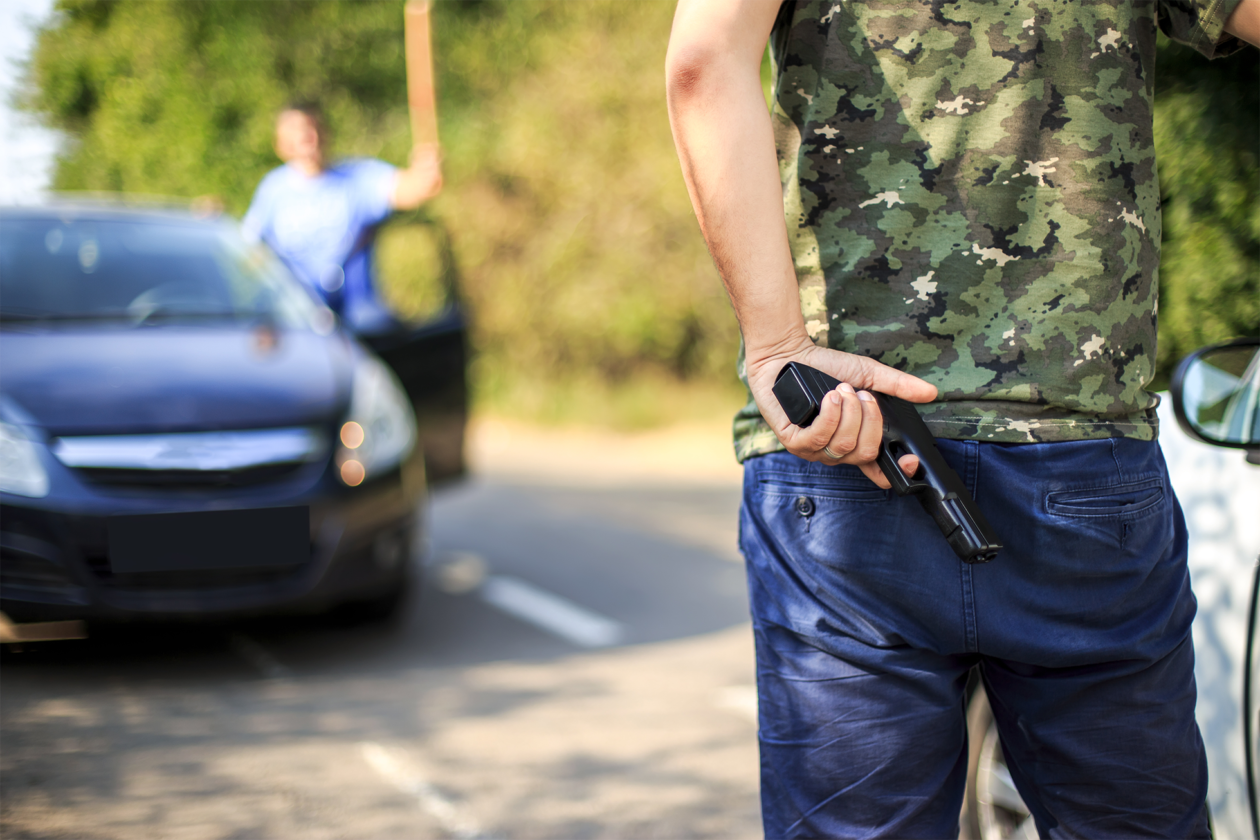 Legal Definition: A criminal threat can occur when you make an intentional statement to either kill or cause great bodily harm to a specific person who heard your threat, it was understood you meant it to be a threat, they heard that threat and it caused them to be in fear, and you had the ability to carry out that threat.

For a person to be convicted of a violation of PC 422, the prosecution must prove the following:

Great bodily injury means signiﬁcant or substantial physical injury. It is an injury that is greater than minor or moderate harm. Sustained fear means fear for a period of time that is more than momentary, ﬂeeting, or transitory.

I’m sure we’ve all been in a rage whether it be at a significant other, in traffic, or trying to get a website to load on their computer. So much rage, that we’ve yelled out how we wanted to kill someone or something. We may have even said this to family members before. However, that is not a Criminal Threat under California Law. More is needed.

It must be clear that you are intending to threaten someone with some kind of physical harm, and they must hear that threat (or read it). If the threat does not make its way to the victim, then there is no Criminal Threat. It must be intended for a specific person, it cannot be said “I want to murder all millennials”, because that is not specific at all. In deciding whether a threat was sufficiently clear, immediate, unconditional, and speciﬁc, considering the words themselves, as well as the surrounding circumstances, will factor into that determination.

And finally, you needed to have put that other person in fear that you were going to hurt them, or their family, and that fear was reasonable. For example, if you tell someone you are going to get Thor’s Axe from The Avengers movie and were going to strike down another person with lightning; that would not be a reasonable fear to anyone. It also is irrelevant whether you actually intend to carry out the threat that you make, so long as you intended the words themselves to be a threat.

If convicted of a violation of PC 422, you could be sentenced to either State Prison for up to 16 months, two years, or three years. If you are convicted of a misdemeanor violation, you could be sentenced to up to one year in County Jail. You would be required to serve 50% of any sentence, whether it be for a Felony or a Misdemeanor conviction. This is a wobbler offense. A wobbler offense is one that, based on certain mitigating or aggravating facts, can be charged as a misdemeanor offense, or a felony offense. However, if convicted as a Felony, you would also be subject to a Strike on your record under the Three Strikes Law because it is defined as a serious felony under PC 1192.7(c). A misdemeanor conviction of PC 422 is not a strike offense.

One of the main and most common defenses against Criminal Threats is that there is insufficient evidence to prove that the victim was placed in reasonable fear. Many people who have had continued feuds with another will have a hard time admitting that even if threats were made, they were actually in fear that the threats would be carried out. You could call it pride, or just the truth based on the facts of the case. Certain surrounding circumstances help to show whether the victim was in actual fear – did that person leave the scene? Did that person call the police? Did that person go after you made the threat? These, among others, help to form a strong defense that there is insufficient evidence to prove you are guilty of this crime.

Another common defense to the evidence is Insufficient evidence that you intended his threats to be communicated to the victim. As stated above, we all vent, and sometimes we say things we do not mean. I’d be guilty of just as much whenever I drive my car in Los Angeles traffic! But it is necessary to prove this charge that you intended your threats to be communicated to the victim. If you are simply ranting, and a person secretly and illegally records your rant, without you knowing, to show the victim, then you cannot be found guilty of making criminal threats. You have to know what you are doing to make criminal threats. There are other defenses, outside of these, such as statute of limitations, and violations of your rights that could occur, but the above tend to be the most common and successful arguments I have made.

I’ve handled many serious Criminal Threats over the years and successfully defended many people in this situation. This case can be serious because even if you are not subject to a significant amount of custody time if charged as a Felony, you could be subject to having a Strike on your record. Not only this, but as a serious felony, most jobs would be hesitant to hire someone with such a serious offense on their record. You need someone who understands the facts of your case, and the elements of the crime, and who can defend you the right way. Our PC 422(a) Ontario attorney has successfully defended numerous cases involving Criminal Threat crimes under PC 422(a). The initial consultation is free and we are available to answer your questions 24/7. Call the Inland Empire Criminal Defense today at 909-939-7126! Located in Ontario, CA.