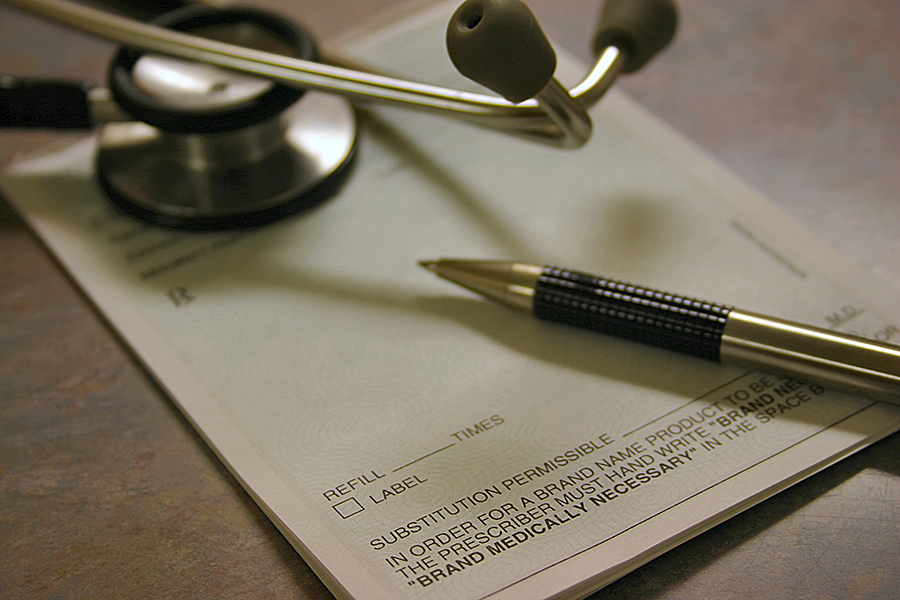 To be found guilty under HS 11173 the prosecution must prove:

1. You obtain a controlled substance through a prescription, and you had obtained it through either;

3. Concealment of a material fact.

This section can be violated by a patient in a few different ways as broken down above. An example of this may be that you are having issues with your back, and unable to walk, so your Doctor proscribes you with Vicodin. This helps the pain, but you don’t feel like you had received enough of it to get you by. So you take the prescription you receive, and you modify the number to something different to give yourself more of the controlled substance than originally prescribed. You do not ask your doctor or obtain their consent to make these changes to the prescription that was written for you. This would lead to an arrest under this section.

Another way you can be charged here is if you were to steal your doctor’s prescription pad, therefore writing numerous fake prescriptions that you sign for your doctor that are either for yourself or someone else. If you are doing this to obtain a controlled substance, then you would be committing fraud and would be arrested and charge for this violation. You can also steal the doctor’s prescription pad through illegal software to mimic that of a doctor’s pad. This, in the same sense, is the same kind of fraud to obtain a controlled substance in violation under this section.

A controlled substance here can be Vicodin, Oxycodone, Xanax, and Valium, among other scheduled drugs.

This is not a strike offense under the California Three Strikes law, and it is not a Sex Offense under PC 290. You would likely lose if you have, or never be able to gain a Professional License if convicted, as it involves a crime of deceit to obtain narcotics. If you are not a legal resident, you would face Deportation in Immigration Court since the offense is deportable, in that it is a crime involving drug use and lying/fraud, which is a crime of moral turpitude.

Entrapment occurs when police, or their agents, encourage or promote the crime by way of their overbearing conduct. The idea has to be formed in the mind of the police, and not on the Defendant, in order to successfully use this defense. This can happen if a police officer, undercover as a doctor or a friend, induces a person to commit this crime. That undercover police officer can essentially lure a person who was not otherwise intending to commit the crime of obtaining controlled substances by fraud to actually commit that crime. So long as the idea is formed not in the accused, but the officer, and that their overbearing conduct forced the accused person to obtain the controlled substance via a fraud, then it can act as a defense in your case proving you lack the necessary criminal intent to commit this crime.

Another defense can exist if the police force or coerce you to admit to a crime you did not actually commit. This generally requires the police to commit some kind of overbearing conduct in an interview with you that forces you to say whatever it is the police are forcing you to say, in order to end the interrogation. Many times police can use threats, but at times those threats can be too much, to force an otherwise innocent person to admit fault for a crime they did not do. Police could threaten you by saying you won’t see your kids again unless you admit the crime, or that if you admit you won’t be charged or that you’ll never go home if you don’t admit. This kind of police activity can generally force any reasonable person to admit to a crime they did not do, simply to end the questioning and just so you can go home. If found to have occurred, a Judge can throw out your entire case, or they can exclude your coerced confession from being brought against you at your Jury Trial.

A conviction here can ruin your life. You can go from a person with a squeaky clean criminal history, to possible Prison time if charged and convicted. Not only this, but you face the loss of any Professional License you may obtain in the future, making it a conviction that can jeopardize your career path. Ontario HS 11173 attorney has successfully defended numerous of people charged with drug and prescription fraud crimes under HS 11173. Call your local Ontario Criminal Defense Attorney today at the Inland Empire Defense 909-939-7126. Located in Ontario.