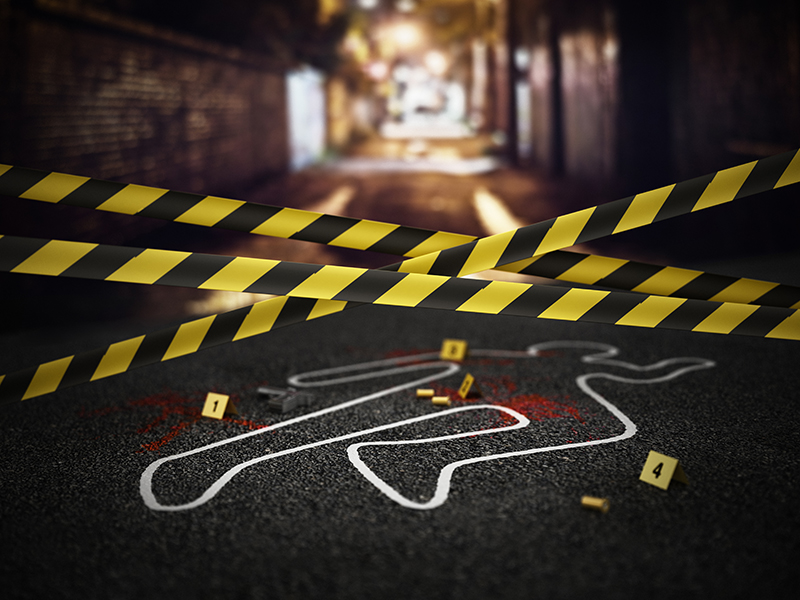 Legal Definition: The unlawful killing of another human being with malice aforethought and without legal justification.

For a person to be convicted of a violation of PC 187, the prosecution must prove the following:

1. You committed an act that caused the death of another person/a fetus;

2. When you acted, you had a state of mind called malice aforethought;

3. You killed without lawful excuse/justiﬁcation.

Attempted murder is defined as taking a substantial step towards the unlawful killing of another person without legal justification and with the specific intent to kill the other person. (PC 664/187)

1. You intentionally committed an act;

2. The natural and probable consequences of the act were dangerous to human life;

3. At the time you acted, you knew your act was dangerous to human life;

4. You deliberately acted with conscious disregard for human/fetal life.

Malice aforethought does not require hatred or ill will toward the victim. It is a mental state that must be formed before the act that causes death is committed. It does not require deliberation or the passage of any particular period of time. A fetus is an unborn human being that has progressed beyond the embryonic stage after major structures have been outlined, which typically occurs at seven to eight weeks after fertilization.

An act causes death if death is the direct, natural, and probable consequence of the act and the death would not have happened without the act. A natural and probable consequence is one that a reasonable person would know is likely to happen if nothing unusual intervenes. In deciding whether a consequence is natural and probable, consider all of the circumstances established by the evidence. There may be more than one cause of death. An act causes death only if it is a substantial factor in causing the death. A substantial factor is more than a trivial or remote factor. However, it does not need to be the only factor that causes death.

First-degree murder requires both premeditation and deliberation or is committed during an inherently dangerous felony. Premeditation means simply, that you thought about it, before doing it. Deliberation means you had time to consider the wrongfulness of your act and had spent time considering the idea. The formation of premeditation and deliberation of intent can happen within the span of a few seconds; such as picking up and holding a gun pointed at another person. It can also be, walking in on your significant other with another person, then leaving for a week, and returning to shoot them both dead.

This is all other murders that do not fall under First Degree murder, as simple as that. Therefore, if the killing does not occur under the elements or premeditation or deliberation described above for First Degree Murder, then by default, it is second-degree murder.

A Watson murder is still considered Second Degree murder. However, this occurs when a person, who has a prior DUI conviction, gets into a car accident while driving under the influence of alcohol again, and as a result of their driving, kills another human being. More so nowadays, if you drive while under the influence of drugs or alcohol and kill another human being, with a prior DUI conviction, then the criminal charge is usually second-degree murder, as opposed to vehicular manslaughter, which is a much more serious offense.

Involuntary manslaughter occurs when you do not intend to murder anyone but nevertheless, a person is killed as a result of your grossly negligent conduct.

Voluntary Manslaughter is a killing that happens in a heat of passion, without a sufficient cooling-off period, but with the intent to kill another person.

You have a right to lawfully defend yourself against an attack. You also have the right to use deadly force to repel an attacker that is using deadly force against you. This is relatively simple if a person tries to attack you, you do not have to roll over and let them kill you for fear of being charged with Murder. Self-defense has to be justified based on what you are defending against. If a person comes at you with a flip flop in hand. swinging it at your face, then it is not self-defense to pull out a bazooka and shoot them to the moon. This self-defense must be reasonable, under the circumstances.

Also, a finding that certain evidence can not be used against you because of the wrongful conduct of law enforcement in its collection of evidence, such as coerced confessions, or collecting evidence in violation of your right against unreasonable searches and seizures without probable cause, can be useful in keeping certain bits of evidence out of Court and not able to be used against you.

Murder is the most serious of cases that exist in California’s Criminal Law. You cannot afford to allow your case to be handled by just any attorney. You need someone who can fight for you, who can hear your story, and find the holes in the Prosecutor’s case. Even if you did kill another person, it doesn’t necessarily mean that it is a murder. I’ve handled many murder cases, and been able to mitigate the damage to make sure my clients will one day have a life again, and I will do the same for you, or your loved ones. Our PC 187 Ontario attorney has successfully defended numerous cases involving Murder under PC 187. The initial consultation is free and we are available to answer your questions 24/7. Call the Inland Empire Criminal Defense today at 909-939-7126! Located in Ontario, CA.