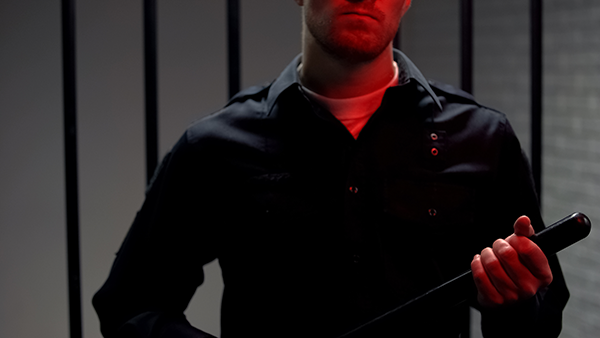 In order to be found guilty of PC 289.6, the prosecution must prove that:

This charge applies to Health facility staff, and contractors, Prison guards employed by public or private prisons, Independent contractors or volunteers for public or private prisons, Employees or contractors with the Department of Corrections and Rehabilitation, Police and Parole officers. To be considered an inmate, a person must be a prison inmate, a juvenile facility, a person confined to a health facility (including mental institution), and people who are on parole. In addition, as noted above, consent is not a defense to this charge – that means that even if the other party agrees, it is still a crime. If they do not consent, then you are looking at more serious charges, such as Rape, among others.

However, sexual intercourse is not the only kind of “sex” that can lead you into having these charges. This can apply to sodomy, oral copulation, all-digital penetration, rubbing/touching of a person’s intimate areas, or someone rubbing/touching themselves for sexual gratification – all in addition to intercourse.

Depending on several factors, will influence the type of experience or penalty you could be facing. For example, if the inmate is confined to a health facility, the charge is a misdemeanor. The maximum exposure for that is up to one year in County Jail. You would have to serve at least 50% of that time in custody.

If the inmate was confined in a detention facility or is supervised by a corrections officer, the charge is a misdemeanor but only if it was sexual touching. The punishment here would be the same as above. If there is more than sexual touching, but instead there is any kind of sexual penetration, including oral copulation, then it becomes a felony charge. A felony conviction here can land you in State Prison for upwards of 16 months, 2 or 3 years. You would have to serve at least 50% of that time in custody. It also becomes a felony if you have a prior conviction for this crime.

This is not a strike offense under the California Three Strikes law, and it is not a Sex Offense under PC 290. You could also face a loss of your Professional License if convicted, and if you are not a legal resident, you would face Deportation in Immigration Court since criminal convictions can seriously hurt people in immigration and licensing cases. Clearly, you would lose your job at any institution for getting convicted of this offense.

False accusations are not technically considered a “defense” in criminal law. In essence, the defense of false accusations comes from a person who falsely blames you for a crime you did not commit. So in essence, there is a witness that is blaming you for the crime, and you are claiming you are innocent. In many other defenses under California law, you are guilty of the crime, but there is the technical defense that prevents a conviction, different than here. Here, you can imagine a scenario where an inmate or person on parole dislikes the person working at the facility and responds by accusing them of some kind of sexual crime. Maybe it’s done in a facility outside of the view of cameras, any person’s motive is hard to nail down, but it does happen.

A person who confesses to a crime that is forced out of them by police conduct would be inadmissible to be used against them in Court. This makes logical sense, if the police force a confession out of a person illegally, it should not be able to be brought into Court to be used against them. Generally, this can happen during police interrogations where police, believing they have their person, do whatever it takes to make you confess. They can do this through physical abuse or psychological abuse. Police can lie to you. They can claim there are witnesses that saw you at the scene, that another person has blamed you as the one responsible, whatever it takes to get you to confess. These are generally considered normal police conduct, but there are limits to what they can and cannot do. When they go too far, they end up with a coerced confession. Showing your confession to the crime of having sex with an inmate happened on unlawful police behavior can lead to your confession being thrown out of Court.

A criminal conviction can have a devastating on your life. You face the potential loss of your job, your freedom, and your future. Our Ontario PC 289.6 Sex with an Inmate attorney has successfully defended hundreds of crimes throughout the entire Inland Empire. Call your local Ontario Criminal Defense Attorney today at the Inland Empire Defense 909-939-7126. Located in Ontario.