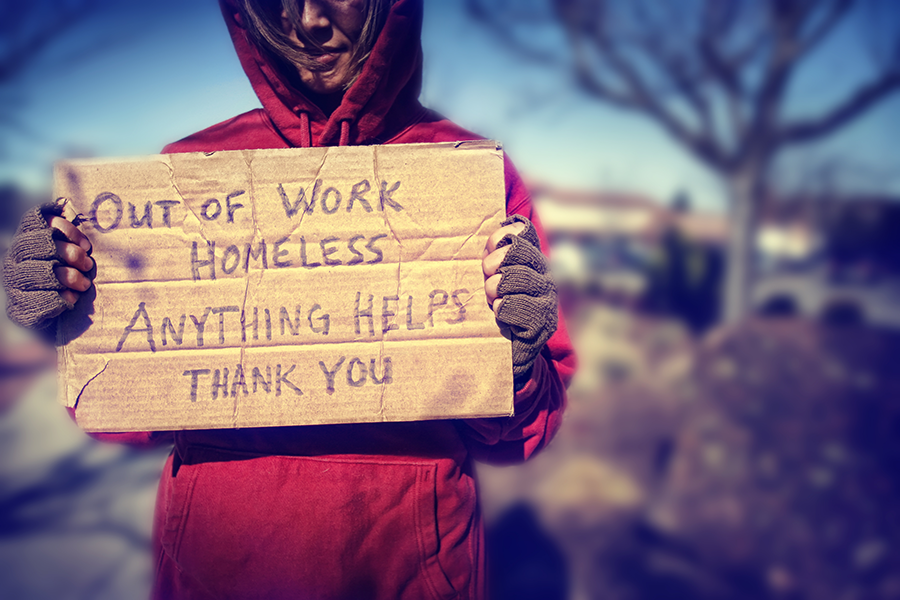 Legal Definition: PC 647c: “Every person who willfully and maliciously obstructs the free movement of any person on any street, sidewalk, or other public place or on or in any place open to the public is guilty of a misdemeanor.”

The charge is not meant to apply to people sitting on the street with a sign asking for money. Instead, the crime focuses on people who aggressively target others by soliciting them for money or handouts.  More passive forms of asking for handouts or money are acceptable, otherwise, they could run afoul of the First Amendment.

This also only applies to public places. Public places are things such as streets or sidewalks, buses or public transportation, parks, or even public parking lots. Private places are not covered under this section, given that panhandling is generally not done in a private residence, since a person generally must be invited into the private property.

A violation under PC 647c is a misdemeanor-only offense in California, instead of a felony or infraction offense. If convicted, you could be sentenced to up to one year in County Jail. You would have to serve at least 50% of that time in custody. You could also face fines up to $1,000, as well as a stay-away order from the property you were convicted of panhandling in.

This is not a strike offense under the California Three Strikes law, and it is not a Sex Offense under PC 290. You could also face a loss of your Professional License if convicted, and if you are not a legal resident, you could face Deportation in Immigration Court if you were to receive multiple misdemeanor convictions.

Also, if police act in violation of your rights, your attorney can argue that the police did an illegal search and seizure, and evidence of your panhandling would be suppressed, meaning your case could possibly be dropped. Here, the argument to be made is the police made unlawful contact with you, such as an illegal arrest that violates your rights. If that were to happen, then your Ontario Criminal Defense Attorney can argue that the illegal arrest means your case should be dismissed or reduced, based on unlawful police contact.

A conviction under this section can have a devastating aspect on your livelihood. You are likely looking at custody time, loss of freedom, and a criminal record. You are also facing stiff fines and being unable to return to that same area in the future, which can be devastating to a person who may be struggling with finding a permanent residence. Our Ontario PC 647(e) attorney has successfully defended thousands of people in Ontario and throughout Southern California. Call your local Ontario Criminal Defense Attorney today at the Inland Empire Defense 909-939-7126. Located in Ontario.