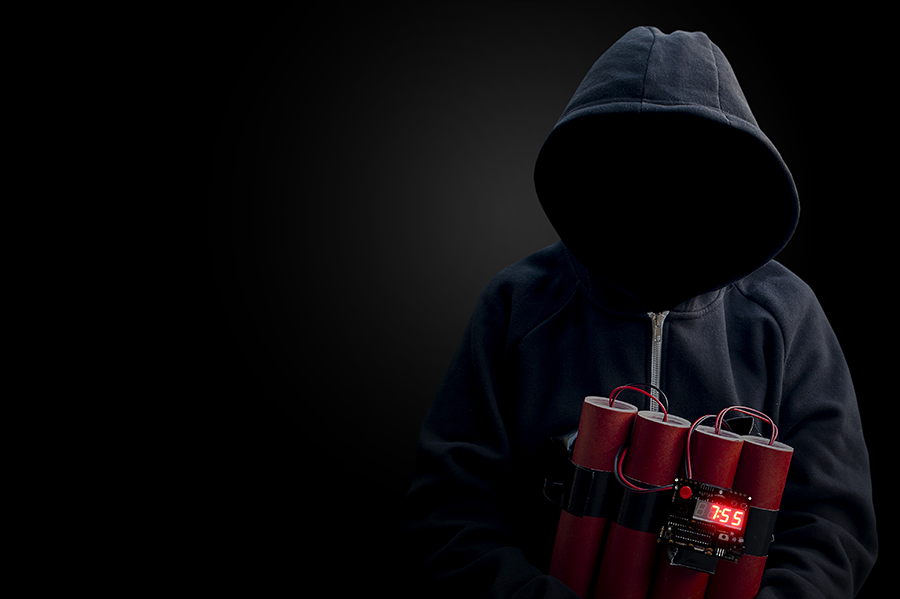 I. PC 18710: Possession of Destructive Devices

Legal Definition: “(a) Except as provided by this chapter, any person, firm, or corporation who, within this state, possesses any destructive device, other than fixed ammunition of a caliber greater than .60 caliber, is guilty of a public offense.”

To be found guilty under PC 18710 the prosecution must prove that you intentionally:

A person does not have to actually hold or touch something to possess it. It is enough if the person has to control it/the right to control it, either personally or through another person. Two or more people may possess something at the same time. What this means, is that you can simply have possession of the item, it doesn’t matter if you plan on making a big explosion in an empty field, or you just want to sit it on your wall. Possession alone is a crime if you have a destructive device. However, if you do not have knowledge that the item you possessed is a destructive device (defined below), you can use that as a defense against the charges against you.

A “destructive device” includes any of the following weapons:

(1) Any projectile containing any explosive or incendiary material or any other chemical substance, including, but not limited to, that which is commonly known as a tracer or incendiary ammunition, except tracer ammunition manufactured for use in shotguns.

(2) Any bomb, grenade, explosive missile, or similar device or any launching device therefore.

(3) Any weapon of a caliber greater than 0.60 caliber which fires fixed ammunition, or any ammunition therefore, other than a shotgun (smooth or rifled bore) conforming to the definition of a “destructive device” found in subsection (b) of Section 479.11 of Title 27 of the Code of Federal Regulations, shotgun ammunition (single projectile or shot), antique rifle, or an antique cannon.

(5) Any breakable container that contains a flammable liquid with a flashpoint of 150 degrees Fahrenheit or less and has a wick or similar device capable of being ignited, other than a device that is commercially manufactured primarily for the purpose of illumination.

(6) Any sealed device containing dry ice (CO2) or other chemically reactive substances assembled for the purpose of causing an explosion by a chemical reaction.

(7) A bullet containing or carrying an explosive agent is not a destructive device as that term is used in subdivision (a).

A violation under PC 18710 is a wobbler offense in California. This means you can be charged with this crime as a misdemeanor or as a felony offense. Whether you are charged with a misdemeanor or a felony offense depends on the facts of your case and your criminal history. If you are convicted of this section as a misdemeanor, you could be sentenced to up to one year in county jail. If you are convicted of this crime as a felony, you can be sentenced to upwards of 16, 2, or 3 years in a State Prison. You would have to serve at least 50% of that time in custody. You could also be subjected to fines from $1,000 for a misdemeanor charge up to $10,000 fines for a felony conviction.

If you possess the destructive device recklessly or maliciously, you could be sentenced to up to 2, 4, or 6 years in a State Prison.

This is not a strike offense under the California Three Strikes law, and it is not a Sex Offense under PC 290. You could also face a loss of your Professional License if convicted, and if you are not a legal resident, you could face Deportation in Immigration Court since the offense could be considered an aggravated felony and is a crime of moral turpitude, making you now deportable.

Entrapment occurs when police, or their agents, encourage or promote the crime by way of their overbearing conduct. The idea has to be formed in the mind of the police, and not on the Defendant, in order to successfully use this defense. If your Ontario Criminal Defense Attorney can show that you were entrapped into possession of the destructive device, through a possible undercover operation, Entrapment would act as an affirmative defense to the charges. This would mean your case can be dismissed if your attorney can show you were entrapped and improperly influenced by police to commit this crime.

A criminal charge has devastating implications for your future. You will struggle to find jobs, keep jobs, and future your earning potential with a record. That is what you could get if you do not take these charges seriously. These are defensible, and there is a way to even negotiate a reduction of charges to not only avoid custody but to avoid a record. A felony conviction can remove your ability to ever own or possess a firearm for life. It all depends on who you hire. Our Ontario PC 18710 attorney has successfully defended and is well versed in explosives cases including PC 18710 cases in Ontario. Call your local Ontario Criminal Defense Attorney today at the Inland Empire Defense at 909-939-7126. Located in Ontario.