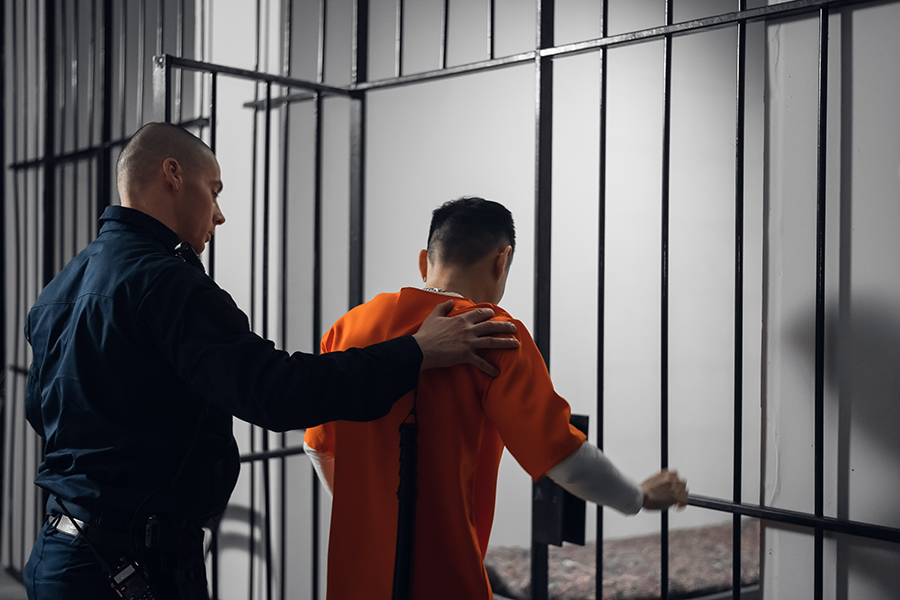 I. PC 243.9: Battery by Gassing in a Detention Facility

For a person to be convicted of a violation of PC 243.9 the prosecution must show that:

For purposes of this section, “gassing” means intentionally placing, throwing, or causing to be placed or thrown upon the person of another, any human excrement or other bodily fluids, bodily substances, or any mixture containing human excrement, other bodily fluids, or bodily substances that results in actual contact with the person’s skin or membranes. A battery is in general a non-consensual touching, even if in this circumstance, you are not putting your hands on another person.

A battery by gassing in a Detention Facility is a wobbler offense. That means this can be charged as a felony or a misdemeanor offense. Whether you are charged with a misdemeanor or a felony offense depends on the specific facts of your case as well as your criminal history. A felony conviction of this charge can send you to State Prison for upwards of 2, 3, or 4 years. If you are convicted of this charge as a misdemeanor, you can be sentenced to up to one year in County Jail. You would be required to serve at least 50% of that time in custody.

In addition to this, this charge adds to whatever sentence you are currently already serving, thus meaning you could be serving one offense, and then possibly a new one with a conviction under this section.

PC 243.9 is a not strike offense under the Three Strikes Law and is not a charge requiring Sex Registration under PC 290. You would likely face a loss, suspension, or revocation of your professional license. You could also face immigration consequences if you are a non-US Citizen living in the United States, since this may be considered an aggravated felony under Federal Law.

This offense requires you to make actual contact with the skin of the officer at the facility. In other words, if you attempt to do this and miss, then you cannot be found guilty of this charge. Failing to make that actual skin contact would mean there is insufficient evidence to prove you guilty of this charge.

False accusations are not technically considered a “defense” in criminal law. In essence, the defense of false accusations comes from a person who falsely blames you for a crime you did not commit. So in essence, there is a witness that is blaming you for the crime, and you are claiming you are innocent. In many other defenses under California law, you are guilty of the crime, but there is a technical defense that prevents a conviction, different than here. Imagine a loved one serving a sentence and having an officer working at the jail dislike them. They can have them lie. Makeup allegations of something your loved one did, thus landing them back into custody on this new case. A defense here shows the officer’s bias and can help defend against allegations that you committed this battery offense.

A criminal conviction can have a devastating impact on your life and your future. Here, your loved one is already serving time for an offense, and a new crime will only keep them in jail longer. Our PC 243.9 Ontario attorney has successfully defended hundreds of people charged with criminal offenses in the Inland Empire. You, or your loved one, cannot take a chance on such a serious charge. The initial consultation is free and we are available to answer your questions 24/7. Call the Inland Empire Criminal Defense today at 909-939-7126! Located in Ontario, CA.