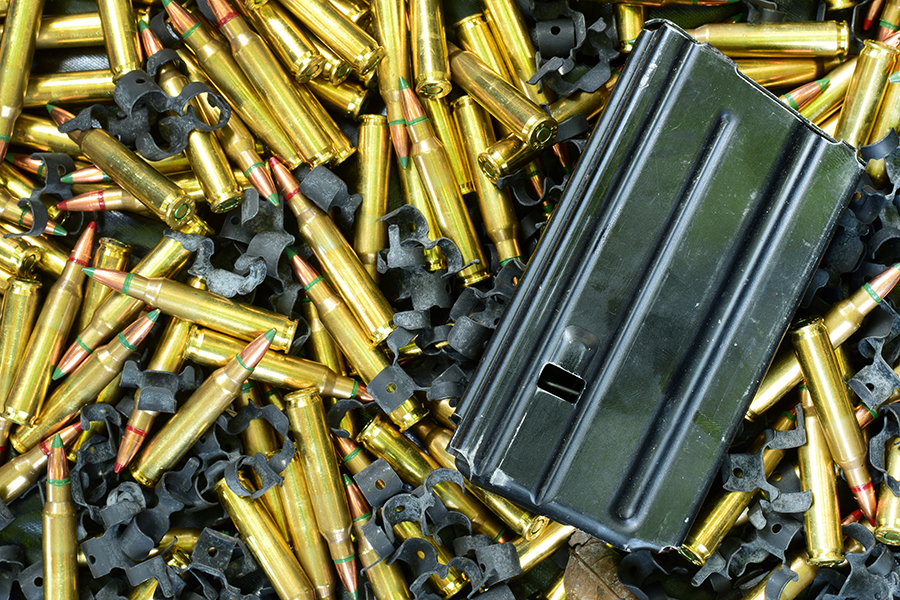 I. PC 30315: Possession of Armor-Piercing Bullets

Legal Definition: “Any person, firm, or corporation who, within this state knowingly possesses any handgun ammunition designed primarily to penetrate metal or armor is guilty of a public offense and upon conviction thereof shall be punished by imprisonment pursuant to subdivision (h) of Section 1170, or in the county jail for a term not to exceed one year, or by a fine not to exceed five thousand dollars ($5,000), or by both that fine and imprisonment.”

To be found guilty under PC 30315 the prosecution must prove that you:

This charge only applies to bullets/ammunition used in handguns. This charge does not apply to rifles. Armor-piercing bullets and specifically made to penetrate a person, such as a police officer’s, chest, or body shield. These are also known as steel core ammo and steel jacked ammunition. You must also have knowledge that you possess these types of bullets in order to be convicted under this section. The purpose of this section is to protect police from extremely strong and dangerous bullets designed to be able to hit and kill them in the line of duty.

A violation under PC 30315 is a wobbler offense in California. This means you can be charged with this section as a misdemeanor or as a felony offense. Whether you are charged with a felony or a misdemeanor is based on your criminal history and the specific facts of your case. If you are convicted of this charge as a felony, you could be sentenced to County Prison for up to 16 months, 2 or 3 years. If you are convicted of this section as a misdemeanor you could be sentenced up to one year in County Jail. You would have to serve at least 50% of that time in custody. You would also lose the firearm you had, and you can be fined up to $5,000 upon a conviction.

This is not a strike offense under the California Three Strikes law, and it is not a Sex Offense under PC 290. You could also face a loss of your Professional License if convicted, and if you are not a legal resident, you could face Deportation in Immigration Court since this crime can be considered an aggravated felony with the use of a firearm.

It is only a crime to possess the ammunition, so failing to show that the ammunition is in fact armor-piercing and that you had knowledge of that fact, would act as a defense in your case. Failing to show that you knew it was an armor-piercing bullet as well as your knowledge of that fact, would be showing there is insufficient evidence to prove you guilty of the charged crime.

A conviction under this section can have a devastating aspect of your livelihood. You are likely looking at significant custody time, given that prosecutors work with police and want to protect them at all costs, as well as stiff fines. As well as that, a felony conviction can lead to deportation, loss of a firearm, and voting rights. Our Ontario PC 30315 attorney has successfully defended and is well versed in ammunition cases including PC 30315 cases in Ontario. Call your local Ontario Criminal Defense Attorney today at the Inland Empire Defense 909-939-7126. Located in Ontario.