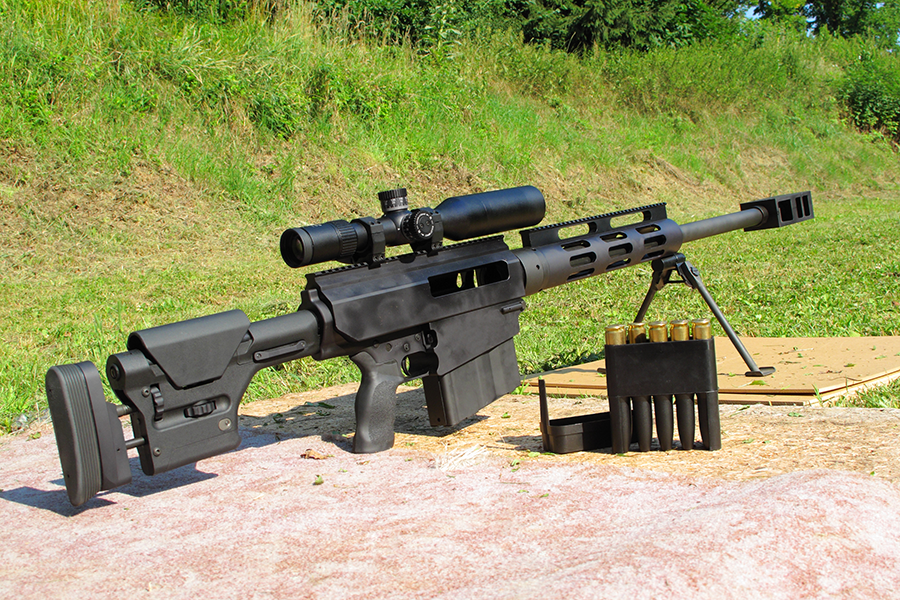 Legal Definition: “(a) Any person who, within this state, manufactures or causes to be manufactured, distributes, transports, or imports into the state, keeps for sale, or offers or exposes for sale, or who gives or lends any assault weapon or any .50 BMG rifle, except as provided by this chapter, is guilty of a felony, and upon conviction shall be punished by imprisonment pursuant to subdivision (h) of Section 1170 for four, six, or eight years.

(b) In addition and consecutive to the punishment imposed under subdivision (a), any person who transfers, lends, sells, or gives any assault weapon or any .50 BMG rifle to a minor in violation of subdivision (a) shall receive an enhancement of imprisonment pursuant to subdivision (h) of Section 1170 of one year.

(c) Except in the case of a first violation involving not more than two firearms as provided in Sections 30605 and 30610, for purposes of this article, if more than one assault weapon or .50 BMG rifle is involved in any violation of this article, there shall be a distinct and separate offense for each.

To be found guilty under PC 30600 the prosecution must prove that you intentionally:

This criminal section penalizes the selling or manufacture of the firearms listed above, the possession is found under PC 30605. You can also be charged under this section if you are simply bringing or transporting the assault weapon into the state, without prior authorization to do so. It must also be shown that you knowingly performed this act of sells, transportation, or manufactures, and you should have reasonably known that the weapon had the characteristics of an assault weapon or a .50 BMG rifle.

A .50 BMG cartridge is a cartridge that is designed and intended to be fired from a centerfire rifle and that has all three of the following characteristics:

An assault weapon can be defined here and here. This section does not apply to people who have a permit to sell or manufacture these weapons or if you are in law enforcement or military agencies.

A conviction under PC 30600 is a felony only offense. If you are convicted of this charge, you could be sentenced to County Jail Prison for up to four, six, or eight years. You would also serve at least 50% of that time in custody. If you transfer, lend, sell, or give away any assault weapon or .50 BMG rifle to a minor, you would be subject to an additional one year to be added to your maximum exposure, and that one year is to be run consecutively, in other words, it adds a year.

This is not a strike offense under the California Three Strikes law, and it is not a Sex Offense under PC 290. You could also face a loss of your Professional License if convicted, and if you are not a legal resident, you would face Deportation in Immigration Court since this offense could be considered an aggravated felony under Federal Law, and is a crime involving a firearm. You would also be unable to own or possess a firearm for life with a felony conviction of this charge.

If they are unable to determine if the firearm found is an assault weapon or .50 BMG rifle, then you can argue there is insufficient evidence to prove you guilty of this crime. Though you may have been selling or transporting a firearm, it did not qualify as one of the forbidden firearms in this section. This would act as a complete dismissal of your charges that your attorney can seek.

Also, if police act in violation of your rights, your attorney can argue for example, that the police did an illegal search and seizure, and evidence of assault weapon or .50 BMG found would be suppressed, meaning it could not come into court and be used against you. You may have had the illegal weapon on your person or in your home, but if police were to stop you without probable cause or search your home without a Warrant, then your Ontario Criminal Defense Attorney can successfully argue that it was an illegal search and seizure, and evidence of the machinegun would be thrown out of Court.

A conviction under PC 30600 can have devastating impacts on your future, your job, and your immigration status. Not only that, but it’s a charge that carries a hefty prison sentence, and the possible loss of your 2nd Amendment Rights to own or possess a firearm for life with a felony conviction. It is not wise to take charges in a criminal case lightly. Our Ontario PC 30600 attorney has successfully defended many people charged with firearm crimes including under PC 30600. Call your local Ontario Criminal Defense Attorney today at the Inland Empire Defense 909-939-7126. Located in Ontario