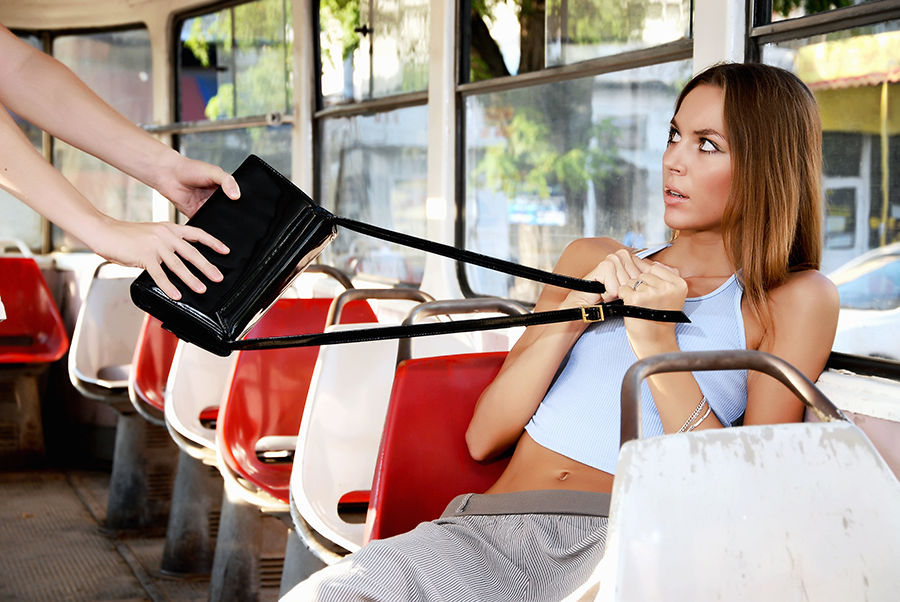 For a person to be convicted of a violation of PC 214 the prosecution must show that:

Robbery is simply the idea of taking something that isn’t yours, by force, with the intent to never return this item. The intent to take the property must have been formed before or during the time you used force or fear. If you did not form this required intent until after using the force or fear, then you did not commit robbery.

Also, the required charge means that your intent to rob happens as you are boarding the train. In other words, you decided to take the train that day in order to rob passengers onboard. It doesn’t matter if you steal a small item, any item of personal property that a person has value in if taken makes you guilty under this section. This charge also requires you interfering with the train, such as forcing it to stop, in order to rob others.

Train Robbery under PC 214 is a felony offense. This means you cannot have your charges reduced, since there is no misdemeanor violation of this crime. If convicted, you could be sentenced to 16 months, 2, or 3 years in a State Prison. You would have to serve at least 50% of that time in custody. You could also face stiff fines, stay-away orders, and a loss of your 2nd Amendment Rights to own a Firearm since this is a felony-only conviction.

PC 214 is a not strike offense under the Three Strikes Law and is not a charge requiring Sex Registration under PC 290. You would likely face a loss, suspension, or revocation of your professional license. You could also face immigration consequences if you are a non-US Citizen living in the United States, since this may be considered an aggravated felony under Federal Law.

The most common defense use in Criminal Defense is that there simply isn’t enough evidence to convict you of the charge. This could be from overzealous police officers/prosecutors that are overconfident in their own abilities. It could also someone lying, pointing the blame at you simply to gain something unrelated. It could even be a mistake, being in the wrong place at the wrong time. Failing to show that you took any personal property from another, would mean there is insufficient evidence to prove you guilty of this crime.

False accusations are not technically considered a “defense” in criminal law. In essence, the defense of false accusations comes from a person who falsely blames you for a crime you did not commit. So in essence, there is a witness that is blaming you for the crime, and you are claiming you are innocent. In many other defenses under California law, you are guilty of the crime, but there is a technical defense that prevents a conviction, different than here. You could be blamed for something another person did, or simply based on someone misplacing an item and pointing the finger at you. Here, the defense your Ontario Criminal Defense Attorney can argue that the allegations are false and that you did not take any item from a person on a train.

A criminal conviction can have a devastating impact on your life and your future. A felony conviction makes it impossible to own or possess a firearm for life, and that cannot be reduced. Our PC 214 Ontario attorney has successfully defended thousands of people charged with criminal offenses in the Inland Empire. You, or your loved one, cannot take a chance on such a serious charge. The initial consultation is free and we are available to answer your questions 24/7. Call the Inland Empire Criminal Defense today at 909-939-7126! Located in Ontario, CA.