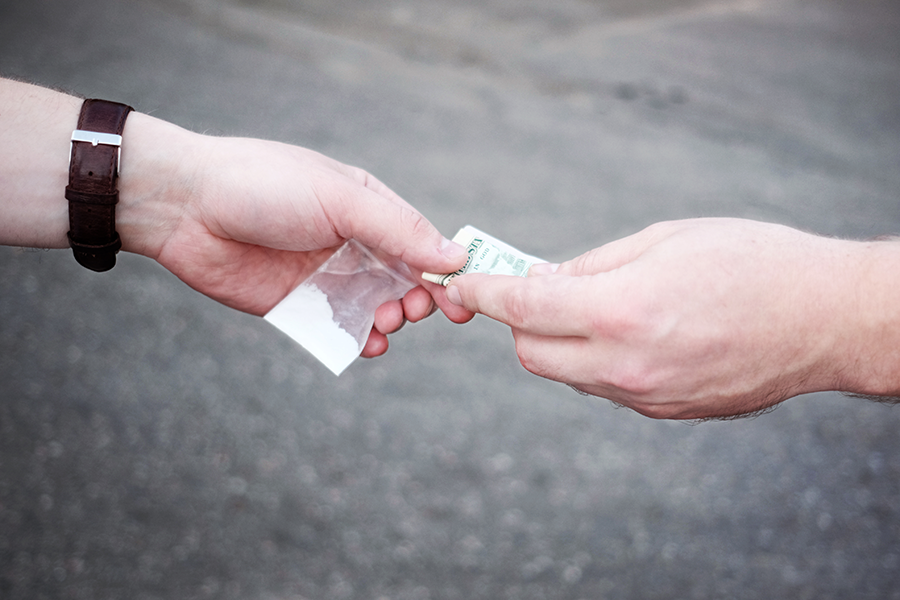 I. H&S 11378: Possession of Methamphetamine for Sale

Legal Definition: a person who possesses for sale a controlled substance that meets any of the following criteria shall be punished by imprisonment…

To be found guilty under HS 11378 the prosecution must prove:

3. You knew of the methamphetamine’s nature or that it was otherwise a controlled substance;

4. When you possessed the methamphetamine, you intended to sell it/that someone else sell it;

5. The controlled substance was in a usable amount.

Selling under this section means exchanging the methamphetamine for money, services, or anything of value. A usable amount is a quantity that is enough to be used by someone as a controlled substance. Useless traces or debris are not usable amounts. On the other hand, a usable amount does not have to be enough, in either amount or strength, to affect the user.

There must be either knowledge here that you were selling methamphetamine or an otherwise controlled substance. If you believe that the drug you are selling is Tylenol, then you cannot possibly be convicted if it is later found out to be methamphetamine. This section, in addition to methamphetamine, can include items such as stimulants, party drugs, and illegal steroids. Possession here can mean actual or constructive possession. Actual possession would mean the item is physically being carried by you. Constructive possession can happen if you can exercise control over the item or you have the right to exercise control over that item either yourself or with another person. That is why more than one person can possess drug paraphernalia at the same time.

The difference between this and Methamphetamine Possession under HS 11377, is that here it involves several factors such as the quantity, whether there are receipt books, tiny baggies, the presence of drug paraphernalia as well statements you make to the police to indicate sales. Whereas under HS 11377, it involves merely having possession of the drug only, nothing else is required.

A charge under HS 11378 is a felony offense. If you are convicted of this charge you could be sentenced to upwards of 16 months, 2 or 3 years in State Prison. You would be required to serve at least 50% of that time in custody. You could also be subject to a fine up to $10,000 for this charge. In addition, as a convicted felon you would never be able to own or possess a firearm for life. And if sentenced to State Prison, you would never be able to Expunge or Reduce your felony charge for life.

If the methamphetamine you possessed was only for personal use, and not for sales, you would not be able to be found guilty under this section. However, you could be found guilty under HS 11377 for simple possession. The way in which police tend to find a person to be guilty of drug sales, more than simple possession, involves several items of circumstantial evidence. For example, if police find you, and you have items such as scales and baggies as well as receipt books on you or in your home, it can tend to show you are running an illegal drug sales business. This can also be found in statements made by you to police, whether you make an admission or an outright confession to selling drugs.

Also, it makes more logical sense to argue that the drugs were for personal use if the quantity is in smaller amounts. If there are pounds and pounds of methamphetamine found on your or in your home, it would be harder to show that you are intending to use all of those drugs for yourself, as it would likely kill you if you even tried. However, if the prosecution fails to show these factors, not all of which are needed to convict you, it can be possible that your Ontario Criminal Defense Attorney can argue that there is insufficient evidence to prove you guilty of the crime of Methamphetamine sales. Outside of being able to dismiss the case for an illegal search and seizure or otherwise a violation of your rights, commonly your attorney can argue that you were merely in possession of the drugs, and not in fact selling them.

Another defense is that you cannot be found in violation under this section if you are a medical professional that is selling methamphetamines in accordance with California and federal law.

Police can also work to sometimes coerce confessions out of you with overbearing police contact. Sometimes, a person can simply be showing up to a drug house to purchase drugs for themselves and end up caught up in a giant police raid. They then arrest you, and lump you in with the others at the house, saying you are selling drugs. Police then can lie, manipulate, and try to force you into making an admission that you were also selling the drugs at the house. Police could promise leniency if you confess, which would lead to a violation and the ability for your Ontario Criminal Defense Attorney to argue that your confession should be thrown out of Court since police coerced it out of you.

A charge under this section can result in an unwanted criminal conviction and a lengthy stay in State Prison. Landing yourself in State Prison can also hurt your ability to ever own a firearm, or to ever be able to Expunge or Reduce your charges, therefore leaving a felony on your record for life. It can affect your future school, job, and residence if convicted under this section. Drug convictions also tend to make it more difficult to obtain professional licenses, even if the charge was something you received when you were younger, it is not worth it to not fight for. Our Ontario HS 11378 attorney has successfully defended hundreds of people charged with drug crimes under HS 11378. Call your local Ontario Criminal Defense Attorney today at the Inland Empire Defense 909-939-7126. Located in Ontario.