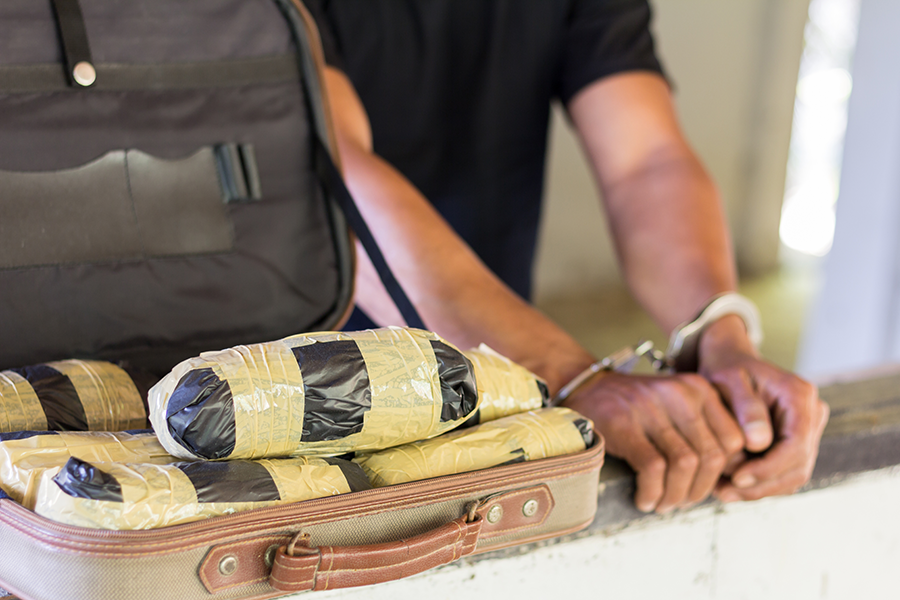 I. H&S 11379: Sale or Transportation of Methamphetamine

To be found guilty under HS 11379 the prosecution must prove:

3. You knew of the substance’s nature or character as a controlled substance

4. The controlled substance was in a usable amount.

Selling under this section means exchanging the methamphetamine for money, services, or anything of value. A usable amount is a quantity that is enough to be used by someone as a controlled substance. Useless traces or debris are not usable amounts. On the other hand, a usable amount does not have to be enough, in either amount or strength, to affect the user. A person transports something if he or she carries or moves it from one location to another for sale, even if the distance is short. Common examples of a violation under this second would be someone offering to sell another methamphetamine for money or some other services. Another example would be a person agreeing to bring the controlled substance from one house to another, even if you are only delivering, you can still be found guilty under this section.

There must be either knowledge here that you were selling methamphetamine or an otherwise controlled substance. If you believe that the drug you are selling or transporting is Tylenol, then you cannot possibly be convicted if it is later found out to be methamphetamine. A person does not have to actually hold or touch something to sell/furnish/administer/transport it for sale/import/give it away. It is enough if the person has to control it/the right to control it, either personally or through another person. The controlled substance must be moved “from one location to another,” but the movement may be minimal or small. You can even be busted for transportation if you do so on a bike.

You are also not eligible for a Drug Program under PC 1000 to get the charges dismissed. Even if you do not actually go forward with doing the act, simply offering to do so can also be a violation under this section.

A charge under HS 11379 is a felony offense. If you are convicted of this charge you could be sentenced to upwards of two, three, or four years in State Prison. You would be required to serve at least 50% of that time in custody. You could also be subject to a fine up to $10,000 for this charge. In addition, as a convicted felon you would never be able to own or possess a firearm for life. And if sentenced to State Prison, you would never be able to Expunge or Reduce your felony charge for life.

This is not a strike offense under the California Three Strikes law, and it is not a Sex Offense under PC 290. You could also face a suspension or loss of your Professional License if convicted, and if you are not a legal resident, you would face Deportation in Immigration Court since the offense is deportable, in that it is a crime involving drug trafficking or sales.

You can also fight this charge by showing that the elements of the crime are not met, and therefore there is insufficient evidence to prove you guilty of the crime. If for example, you simply intended to possess or have methamphetamine, and it happened to be a higher quantity, it still must be proved that you intended to sell that or transport it to be found guilty here. If you possess a large amount of the controlled substance, then that tends to lead prosecutors to believe you intend to sell it to others, but that isn’t always the case. If you intended to keep and use the methamphetamine for yourself, then you would only be dealing with a charge of HS 11377, for simple possession.

A charge under this section can result in an unwanted criminal conviction and a lengthy stay in State Prison. As explained above, some of these charges can land you in prison for up to 9 years as well, depending on the facts of your individual case. Landing yourself in State Prison can also hurt your ability to ever own a firearm, or to ever be able to Expunge or Reduce your charges, therefore leaving a felony on your record for life. It can affect your future school, job, and residence if convicted of Selling or Transporting Methamphetamine. Drug convictions also tend to make it more difficult to obtain professional licenses, even if the charge was something you received when you were younger, it is worth fighting for. Our Ontario HS 11379 attorney has successfully defended hundreds of people charged with drug crimes under HS 11379. Call your local Ontario Criminal Defense Attorney today at the Inland Empire Defense 909-939-7126. Located in Ontario.