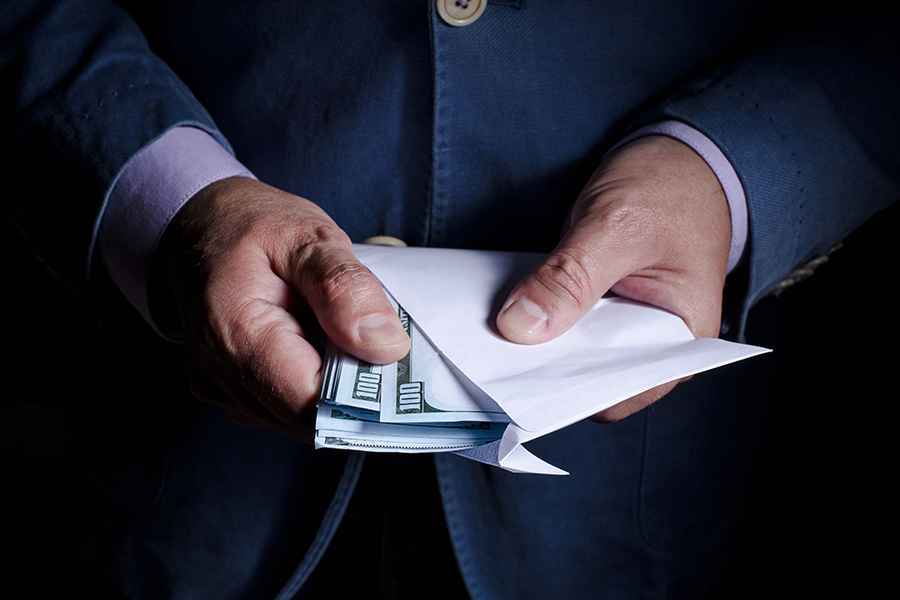 Legal Definition: “(a) It is unlawful for any person knowingly to receive or acquire proceeds, or engage in a transaction involving proceeds, known to be derived from any violation of this division or Division 10.1 with the intent to conceal or disguise or aid in concealing or disguising the nature, location, ownership, control, or source of the proceeds or to avoid a transaction reporting requirement under state or federal law.“

For a person to be convicted of a violation of HS 11370.9, the prosecution must show that:

This charge essentially requires two crimes being committed; you are money laundering, and you are doing that for the purposes of a drug crime. In other words, you must know that the money you are “laundering” is for the purposes of disguising that it is drug money. This also protects against people who receive money for some other sale, that may come from drug money, but you don’t know about it. You could not be punished if the source of money you received was from drug sales, without prior knowledge. In that case, you aren’t knowing that the money is drug money, and you therefore could not have concealed what you didn’t know what money from a drug deal.

The amount is important here as well, as when you are apart of a large scale drug money laundering organization because it shows a big amount of money moving between parties for the purposes of furthering a drug business. Smaller transactions tend to not show a larger scale, money laundering operation. The idea of concealing the money is what makes this money laundering, versus simply Drug Sales under HS 11351, as selling drugs is its own crime, but disguising the money is what elevates it here. If you sell drugs and buy a house, you are not concealing the drug money, you are simply using it for your own personal gain.

If the person receives money and does not want it simply hidden under their bed, they could loan that money to a friend who runs a business. They can do it as a loan to get paid back, or for equity in the business. Fans of the show Ozark will know about this style of business, and the main culprits could be liable to be charged under this section.

Because this is a crime of drug possession and sales, it would be considered a crime of moral turpitude, that would affect people’s Immigration status as well as their Professional Licenses. However, it is not a Strike offense under the California Three Strike Law. It is also not a sex crime requiring Sex Registration under PC 290.

Entrapment occurs when police, or their agents, encourage or promote the crime by way of their overbearing conduct. The idea has to be formed in the mind of the police, and not on the Defendant, in order to successfully use this defense. Here, police could entrap you into using your drug sales earnings to invest in a business as a means to launder money. If you had no intention outside of drug sales, then you would not be able to found guilty here, but rather, under a different Drug Sales.

Another defense can be if police violate your rights under the Fourth Amendment. If police were to simply enter your home without a valid search warrant, then that could be challenged by your Ontario Criminal Defense Attorney, thus having your case thrown out of Court. This also applies if police search an area with a warrant that does not include that area within their search warrant. These are violations of your rights and you can challenge them with your Attorney under PC 1538.5. In most cases, the charge would not be thrown out of a court with a successful motion, but here, if the item seized is the money or other items that is showing you are committing drug money laundering, then that, in many possible cases, can mean your case gets dismissed.

Drug crimes are always serious charges to deal with. They deal with the loss of your freedom, your professional licenses, and your future. Our HS 11370.9 Ontario attorney has successfully defended many cases drug charges and people accused of drug money laundering under HS 11370.9 throughout the Inland Empire. The initial consultation is free and we are available to answer your questions 24/7. Call the Inland Empire Criminal Defense today at 909-939-7126! Located in Ontario, CA.