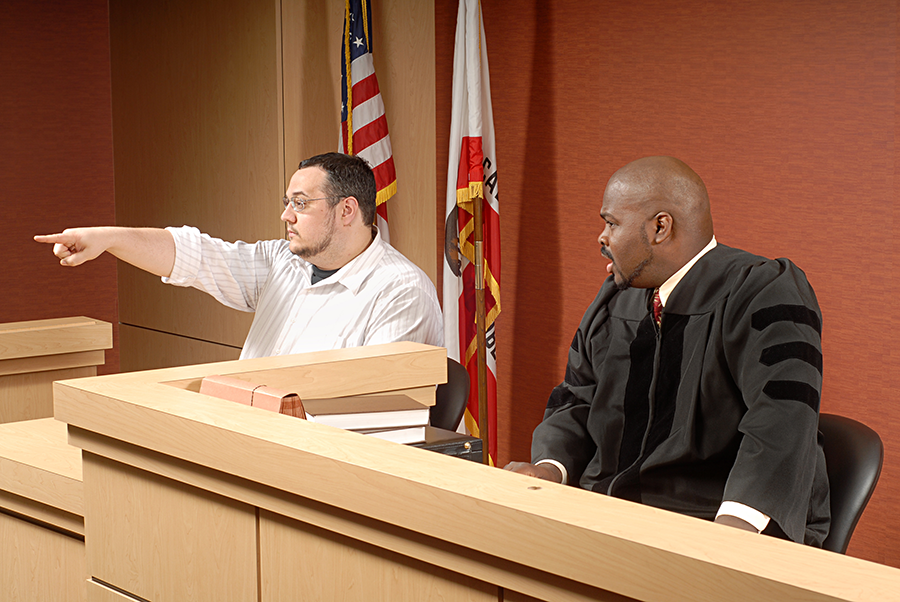 Legal Definition: ” Except as provided in Section 139, every person who willfully uses force or threatens to use force or violence upon the person of a witness to, or a victim of, a crime or any other person, or to take, damage, or destroy any property of any witness, victim, or any other person, because the witness, victim, or other person has provided any assistance or information to a law enforcement officer, or to a public prosecutor in a criminal proceeding or juvenile court proceeding, shall be punished..”

For a person to be convicted of a violation of PC 140, the prosecution must show that:

Someone commits an act willfully when he or she does it willingly or on purpose. The threat is not specifically defined under this section, but it has been shown that it is a general intent crime, meaning you don’t have to specifically intend to threaten a person and cause them harm for the act to constitute a threat.  The threat here also need not be communicated to the witness or target in any manner.

There is also a requirement that there be a pending criminal or juvenile proceeding that the person is a witness to. If they are not, then this would not be a violation here but could be a violation under PC 422 instead. An example could mean that you are arrested and accused of Robbery under PC 211 for robbing a 711. As your case gets closer to trial, you decide to go to the same 711 and tell the clerk that if they show up to Court, they are going to get beaten. Because you conveyed a threat against a witness from your open criminal case, you would then be facing a new charge of PC 140.

This is not a strike offense under California’s Three Strikes Law. It is also not a Sex Offense requiring Sex Registration under PC 290. However, because this crime involves a crime of moral turpitude, it would likely affect people with Professional Licenses or people in Immigration proceedings. This is a crime of moral turpitude because it is an obstruction of justice charge, which means you committed the act with fraudulent intent.

If you had presented evidence to another, that you reasonably but mistakenly believed that the evidence you presented would not be used in Court, it can act as a mistake of fact defense for your case. This could happen here if you were to threaten a clerk at a 711, similar to the above example, but that person was not the actual witness in your robbery case. Instead, it was just another person who worked there and never saw the incident. You could be charged for other offenses, but the fact that the person is not a witness makes it impossible for you to be charged for this crime.

You could also be blamed by others using false accusations against you. People could accuse you falsely in order to make your criminal proceedings much more difficult or to use as further evidence of your own guilt in an underlying cause. Here, you could argue that you are being falsely accused, and your attorney can fight to have the charges dropped based on a clear bias or motive by the witness to make up these allegations against you.

A criminal conviction can be devastating to a person’s life and reputation. These charges can make your already filed criminal case much more difficult, or, if you are not charged, but are attempting to assist someone who is charged by threatening a witness, then you can end up with your friend and yourself both now dealing with criminal cases with the possibility of prison time. Our PC 140 Ontario attorney has successfully defended numerous cases involving threatening witnesses under PC 140. You, or your loved one, cannot chance to ruin your life. The initial consultation is free and we are available to answer your questions 24/7. Call the Inland Empire Criminal Defense today at 909-939-7126! Located in Ontario, CA.