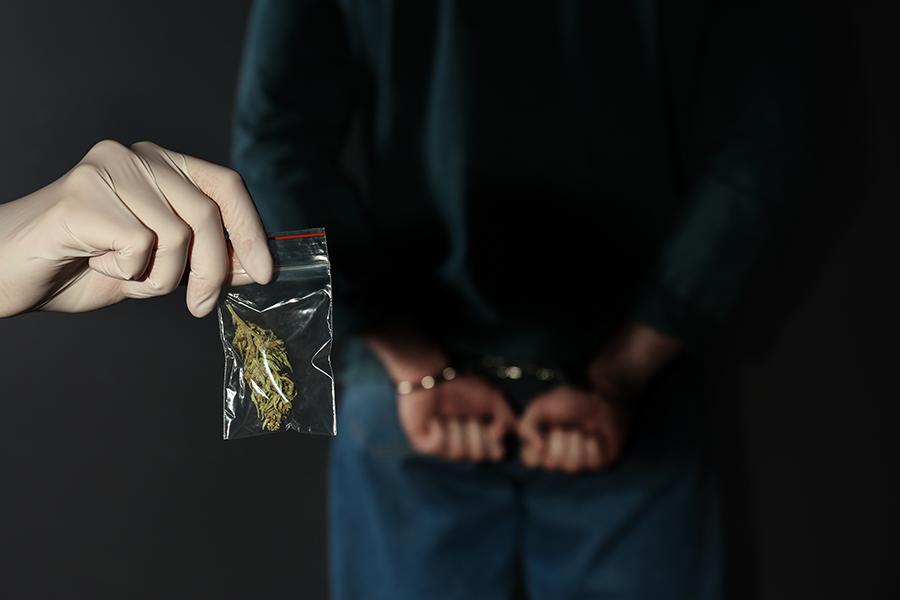 I. HS 11359: Possession of Marijuana for Sale Laws

Legal Definition: Every person who possesses for sale any cannabis, except as otherwise provided by law, shall be punished…

For a person to be convicted of a violation of HS 11359, the prosecution must show that:

4. When you possessed the controlled substance, you intended to sell it/that someone else sells it;

5. The controlled substance was marijuana;

6. The controlled substance was in a usable amount.

Selling under this section means exchanging marijuana for money, services, or something else of value. A usable amount is a quantity that is enough to be used by someone as a controlled substance. Useless traces or debris are not usable amounts. On the other hand, a usable amount does not have to be enough, in either amount or strength, to affect the user. In other words, there has to be an amount that can be used for its purpose, even if the amount is not actually enough to get the desired effect on the person, of making them get high.

Marijuana means all or part of the Cannabis sativa L. plant, whether growing or not, including the seeds and resin extracted from any part of the plant. You do not need to actually hold or touch something to possess it. It is enough if the person has control or the right to control it, either personally, or through another person. This is a similar offense to HS 11350, as the idea is that you not only possessed the controlled substance, but the added requirement here is that you had intended to sell that item to another person.

The DA could show this through direct evidence, of a witness seeing you selling the drugs to another person, or through offers to sell the marijuana to another. It can also be shown through indirect, circumstantial evidence, such as when police arrest you, seeing several bindles of drugs, a logbook of sales made plus an excess of cash, or they find scales or baggies with you.

This crime does not apply under two circumstances:

1. The sale of marijuana to adults age 21 and older by businesses licensed to sell recreational marijuana,

2. The sale of medical marijuana in accordance with CA State law.

Prior to Prop 47, a violation under this section was a felony offense, where you could be looking at State Prison. Now, a violation under HS 11359 can only be charged as a misdemeanor. If you are convicted, you could be sentenced to County Jail for upwards of 6 months. You would be required to serve 50% of that time. You could also suffer a fine of upwards of $500 for a conviction. You would also typically not be eligible for something like PC 1000, since the offense is not involving drug addiction, but rather simply making money for selling marijuana, which is why treatment would not be possible.

Because this is a crime of drug sales, it would be considered a crime of moral turpitude, that would affect people’s Immigration status as well as their Professional Licenses. However, it is not a Strike offense under the California Three Strike Law.

A common defense could be found when police violate your rights in the process of arresting you. If you were driving, for example, and police pulled you over simply because you “looked” a certain way, but did not have a lawful reason to stop you, then you can state your rights were violated. In that circumstance, your Ontario Criminal Defense Attorney can file a motion under PC 1538.5, claiming your Fourth Amendment rights have been violated, in order to suppress evidence of the drugs that were in your possession.

Another way you can defend against a charge here is if the Prosecution cannot prove the above six elements, then there would be insufficient evidence to prove you guilty of the crime. If, for example, you are unaware that the item that you were selling was in fact marijuana, then you cannot be found guilty of marijuana sales. This can also be shown if you were simply in possession of the marijuana, but did not intend to sell it. If in this scenario, you possessed the marijuana for personal use, that you intended to use yourself, and not sell it, then you again cannot be found guilty under this section. The most common debate or defense under this section is being able to dispute the actual intent to sell, versus the intent to use the marijuana yourself.

A conviction can be devastating to a person’s future job prospects, and professional license possibilities. It is important to note, that even if this charge is only a Misdemeanor offense now, it does not change the effect on a person’s future earnings if convicted. As stated as well, any person here on a temporary status would be deported upon a conviction under this section as well. Our HS 11359 Ontario attorney has successfully defended many cases involving Marijuana possession and sales charges under HS 11359 in Ontario. The initial consultation is free and we are available to answer your questions 24/7. Call the Inland Empire Criminal Defense today at 909-939-7126! Located in Ontario, CA.