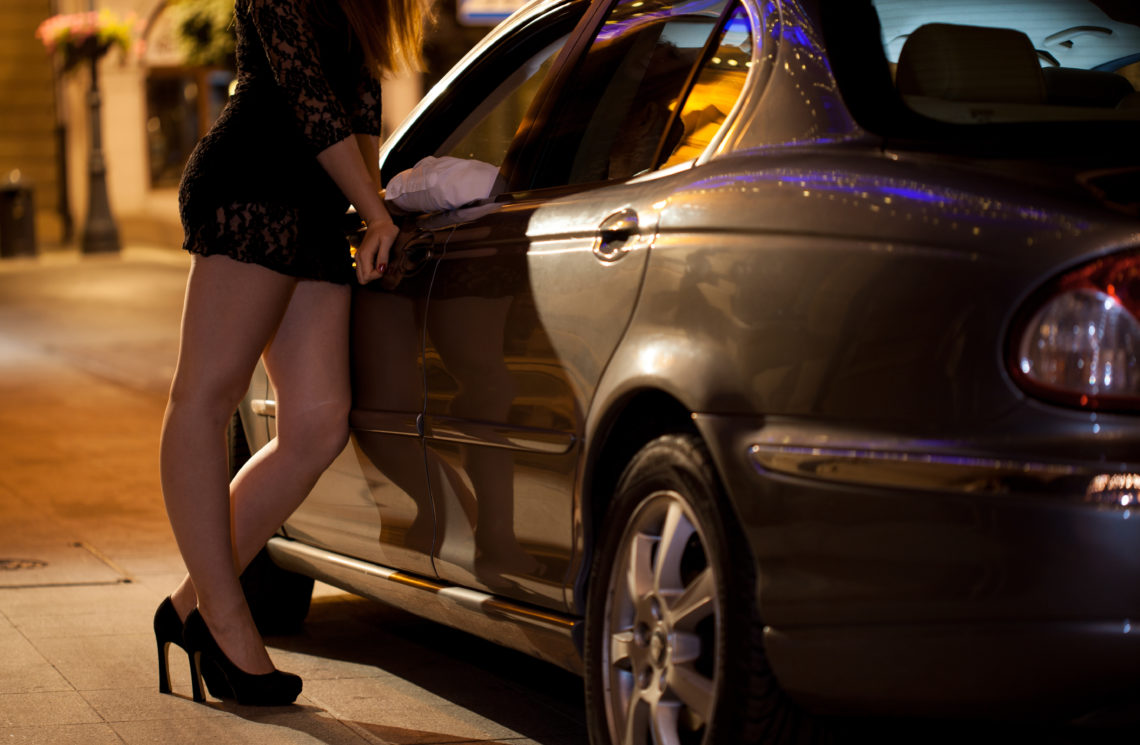 I. California Penal Code 647(b) – Prostitution

This crime, Solicitation for Prostitution and Prostitution Laws, can be punished in three different ways under this section, by engaging in the act, soliciting another to do the act, or agreeing to engage in the act.

Engaging in the Act: To prove that you are guilty of this crime, the People must prove that you willfully engaged in sexual intercourse or a lewd act with someone else in exchange for money.

For a person to be convicted of a violation of PC 647(b) (Engaging in the Act) the prosecution must prove the following:

For a person to be convicted of a violation of PC 647(b) (Soliciting Someone to do the Act) the prosecution must prove the following:

For a person to be convicted of a violation of PC 647(b) (Agreeing to Engage in the Act) the prosecution must prove the following:

Prostitution is the oldest profession in America and is still illegal in California. A lewd act means touching the genitals, buttocks, or female breast of either the prostitute or customer with some part of the other person’s body for the purpose of sexual arousal or gratiﬁcation of either person. Someone commits an act willfully when he or she does it willingly or on purpose.

For soliciting, money need not actually be exchanged, it is simply the agreement to do so that completes the crime of solicitation. The agreement also need not be made expressly or verbally in order to be considered the necessary agreement.

An act in furtherance of prostitution means that you did something after agreeing to commit prostitution that helps interpret the meaning of the agreement. In other words, you did something that helped move you and the other party along toward the actual sexual act or lewd act. For example, if you drive down a street, see a woman on the side of the road, and start discussing the possibility of date and what her prices are, if you were to then have her get into the vehicle and drive to a nearby motel, then that act of having her get into the vehicle would be in an act in furtherance of the crime of prostitution.

In addition, most Courts in California require you to complete some kind of HIV Testing and AIDs Education Program that gets filed and submitted to the Court. Also, if the area that you are frequenting is a known area for Prostitution and Sting operations by Police occur there, you could also be restricted from visiting that area at any time, which can be problematic if you work nearby or live nearby. This is not a sex offense defined under PC 290, thus you will not be required to register for any time period as a Sex Offender, unless under odd, and extreme circumstances as defined by a Judge.

Insufficient evidence simply means not enough evidence to prove the criminal charge beyond a reasonable doubt. This can happen if you never actually entered into an agreement, no act was done in furtherance of the agreement, or if you never intended to engage in an act of prostitution.

Another circumstance can be the defense of “Entrapment“, as many people are familiar with. Entrapment occurs when the police encourage or promote a crime by way of their overbearing conduct. Most entrapment cases are associated with undercover sting operations by law enforcement. The concept of the crime itself has to be formed by the police, not from yourself, and it is the police’s conduct, that forces or entices you into committing the crime.

In other words, it isn’t simply that a police officer is undercover as a prostitute, explains his/her prices to you, and agrees to the conduct. If you were already there to pick up a prostitute, they did not entrap you. That is because the criminal idea was already formed within your mind before you spoke to the police. A successful version of this defense would be that your car is broken down on the side of the road, and while tending to it, an undercover officer comes over to you and entices you to engage in prostitution. Because you were simply in that area based on car trouble, then your original intent was not to solicit the services of a prostitute, and you could successfully use this defense in Court.

A crime like this might seem small, but it is easily fightable and something worth your time considering. Many first-time offenders do not get asked to do any jail time, but a conviction can still be devastating to a person’s professional career. A doctor, nurse, or teacher could lose their job by having any kind of sexually related conviction on their record. Also, as stated, each subsequent conviction raises the amount of jail time you must serve from zero-days to 45, then all the way up to 90 days as a minimum for a third offender. Given how these can easily be fought, and the serious repercussions that can follow you for life, you need the right attorney to defend you. Our PC 647(b) Ontario attorney has successfully defended numerous cases and personally specializes in all Sex Crimes including PC 647(b). The initial consultation is free and we are available to answer your questions 24/7. Call the Inland Empire Criminal Defense today at 909-939-7126! Located in Ontario, CA.