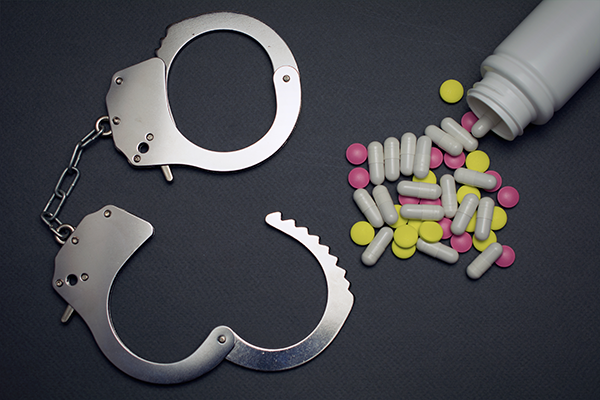 To be found guilty under HS 11368 the prosecution must prove:

1a. You forged/altered a prescription;

1b. You gave someone a prescription with a forged or fictitious signature or an altered prescription;

1c. You used or had attempted to use a prescription with a forged or fictitious signature to obtain drugs;

2. The prescription was for a narcotic drug.

3. You knew that the signature on the prescription was forged or fictitious or that it was altered.

In other words, these charges goes after the person who writes it, the person who gives it (middle person), and the person who uses it to obtain narcotics. Obviously knowing about the false signature is a required element here, since you cannot be convicted for not knowing the prescription you were using was fraudulent, though it is hard to prove you did not know. You can also be charged with possessing narcotics that you obtain with a false prescription. This requires you to know that the item you possess is a narcotic drug, that it was usable, and that it came from a forged prescription that you knew about.

A usable amount is an amount that can be used by someone as a drug. There is not a requirement that the narcotic you possess be enough to get someone “high”.

A charge under HS 11368 is a wobbler offense, meaning you can be charged with this section as a misdemeanor as a felony offense, depending on your prior criminal history and the specific facts of your case. If you are convicted of this charge as a misdemeanor, you could be sentenced to upwards of one year in County Jail. If you are convicted of this charge as a felony offense, you could be sentenced to State Prison for upwards of 16 months, 2 or three years. You would be required to serve at least 50% of that time in custody. If you have prior drug charges or drug arrests, you will likely be looking at a felony charge under this section. Also, if the amount that is forged is a very high amount, then you would also likely be charged with a felony version of this charge.

This is not a strike offense under the California Three Strikes law, and it is not a Sex Offense under PC 290. You could also face a loss of your Professional License if convicted, and if you are not a legal resident, you would face Deportation in Immigration Court since the offense is deportable, in that it is a crime involving drug use and lying/fraud, which is a crime of moral turpitude.

A required element of this charge involves your “knowledge”. If you do not have knowledge that the prescription you possess is altered or forged in some way, then there would be insufficient evidence to prove you guilty of this crime. However, another way the prosecution can prove your knowledge is through what is called circumstantial evidence. For example, if you have a prior conviction for this offense, or a prior drug conviction for the same drug that has been prescribed, or even if you have a prior conviction involving Forgery under PC 470 or Perjury of an Affidavit under PC 118a, can be introduced into Court against you to show you likely committed this crime. It would nearly impossible though, if you are the person who forges the prescription, to claim you did not know it was forged since you are the one that wrote it.

It also would be insufficient evidence if you can show that the doctor’s prescription was actually valid. This can happen by a statement from your doctor, any other witnesses such as office workers, or others at your doctor’s office who saw the prescription being written by the doctor, and not forged by a third party or you. In addition, if police obtain the drugs or the prescription from you based on an illegal search and seizure, your Ontario Criminal Defense Attorney can argue that the items obtain should be thrown out, which in turn dismiss your case.

Receiving a charge and conviction under HS 11368 can land you in prison, deported, or in a position to lose the professional license you worked years to obtain. A simple mistake can cost you your freedom, and your career. Our Ontario HS 11368 attorney has successfully defended hundreds of people charged with drug crimes under HS 11368. Call your local Ontario Criminal Defense Attorney today at the Inland Empire Defense 909-939-7126. Located in Ontario.