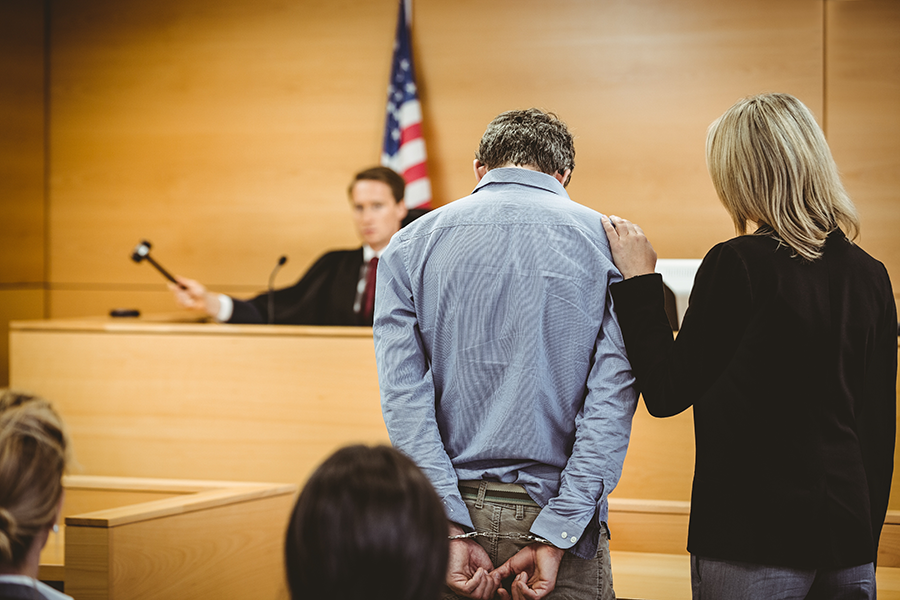 Legal Definition: Any intentional and knowing violation of a protective order. A Protective Order can be issued in several different Courts, here, we will focus on Court Orders for Criminal Protective/Restraining Orders and Orders made by a Criminal Judge.

For a person to be convicted of a violation of PC 273.6(a), the prosecution must prove the following:

Under PC 166(a)(1) this occurs when you create a disturbance or noise in court to purposefully interrupt the court proceeding.

Under PC 166(a)(4) this occurs when you willfully failed to follow court orders or willful failure to swear in as a witness or answer questions without a legal exemption.

If in violating the Court’s Order, you did so with violence, or with a credible threat of violence, you could be found guilty under PC 166(c)(4)/PC 273.6(d)). A person makes a credible threat of violence when he or she willfully and maliciously communicates a threat to a victim of or a witness to the conduct that violated a court order. The threat must be to use force or violence against that person or that person’s family. The threat must be made with the intent and the apparent ability to carry out the threat in a way to cause the target of the threat to reasonably fear for his or her safety or the safety of his or her immediate family.

Someone commits an act willfully when he or she does it willingly or on purpose. Abuse means intentionally or recklessly causing or attempting to cause bodily injury, or placing another person in reasonable fear of imminent serious bodily injury to himself or herself or to someone else.

Most often this happens in cases where there is some kind of violent act perpetrated by you against a known victim. This could be in a PC 422, PC 273.5, PC 273a, PC 288(a), PC 287a, among many others. What becomes problematic, is in many Domestic Violence cases, the alleged victim ends up bailing you out of jail, and you return to the home. Usually, when you are arrested, a Criminal Protective Order is served on you when you go into jail. Thus, if you then return home, or contact your spouse upon release, you would be violating that order, and suffer a new charge under this section.

The first conviction under PC 273.6 is a misdemeanor, where you could be sentenced to upwards of one year in the County Jail. You would be required to serve 50% of that sentence. In addition, you usually will have a Criminal Protective Order for up to 10 years against the alleged victim, upon conviction. If you have a previous conviction under this section, you could be sentenced to upwards of 16 months, two or three years in State Prison. (PC 273.6(e))

A conviction for Contempt of Court under PC 166 is a misdemeanor offense, where you could be sentenced to County Jail for upwards of 180 days. You would be required to serve 50% of that sentence.

A strong defense to a charge of violating a Court Order usually comes if you are able to show you never received notice of the Order. This is harder to prove in PC 166 because generally that is given to you either in writing or verbally in Court, and usually on the record. Thus, it would be hard to show you were not given proper notice.

However, in a Restraining Order case, it must be shown that you were served with the notice of the violation. This can be actual notice, where a police officer serves you with the paperwork, letting you know when the restraining hearing is set, and who you are to stay away from. This can also be Constructive, such as when the person filing for a Restraining Order calls you or emails you to let you know they did file one. If your response to their statement is to go immediately to their house and question them, you could be found in violation of the Restraining Order and charged under this section.

These cases can be tricky because the sentences are usually quite harsh. Under Contempt charges, the idea is that a Judge ordered you to do or not do something, and if you failed to follow that, then you are essentially telling the Judge you do not care about their rules. No person should ever treat a Judge that way, as they have the ability to keep you in jail pending the resolution of your case. In Restraining Order cases, you could look like you are trying to intimidate the witness, which can be used against you in the main criminal case. These are serious charges, and you need a dedicated attorney to explain your situation to a Judge. It may be the difference between you both walking out of the courtroom together, or you walking into the back where they keep the other inmates. Our PC 273.6 Ontario criminal defense attorney has successfully defended numerous cases involving PC 273.6 and other serious offenses. The initial consultation is free and we are available to answer your questions 24/7. Call the Inland Empire Criminal Defense today at 909-939-7126! Located in Ontario, CA.