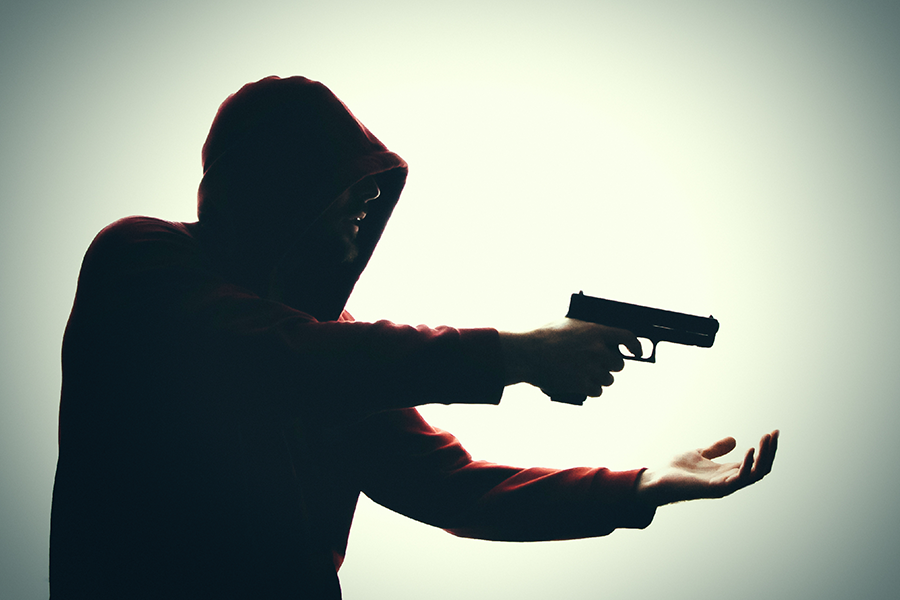 I. PC 12022.3: Using or possessing a firearm during the commission of certain Sex Offenses

(a) A 3-, 4-, or 10-year enhancement if the person uses a firearm or a deadly weapon in the commission of the violation.

(b) A one-, two-, or five-year enhancement if the person is armed with a firearm or a deadly weapon.…”

For a person to be convicted of a violation of PC 12022.3 the prosecution must show that:

This is not a criminal section you can be charged with, instead, it is an Enhancement. What that means, is that you must be first charged with a felony offense, and then thereafter you are also alleged to have committed this secondary violation by committing that sex crime with the use of a deadly weapon or a firearm. A ﬁrearm is any device designed to be used as a weapon, from which a projectile is discharged or expelled through a barrel by the force of an explosion or other form of combustion. The firearm need not be loaded at the time of the felony, nor does it even need to be working order so long as it is designed to shoot and appears capable of shooting.

A deadly weapon is any object, instrument, or weapon [that is inherently deadly or one] that is used in such a way that it is capable of causing and likely to cause death or great bodily injury. An object is inherently deadly if it is deadly or dangerous in the ordinary use for which it was designed. This enhancement ends not when the act ends, but when the situation ends. In other words, you can be found guilty of using a firearm during the commission of an above-titled sex charge if the firearm is not displayed until after the completed act. The enhancement continues so long as you maintain power or control over the victim.

As state above, a violation of PC 12022.3 is an enhancement, not a stand-alone crime. Therefore, you would never be charged with enhancement by itself, it has to be added to a felony offense you are already charged with. If you are simply armed with a gun under PC 12022.3(b) but do not use it, you could have an additional one, two, or five years added to your underlying offense, to be run consecutively. If you actually use the firearm during the commission of the sex crime under PC 12022.3(a), you can receive a consecutive sentence of three, four, or ten years.

PC 12022.3 is a strike offense under the Three Strikes Law but is not a charge requiring Sex Registration under PC 290. You would likely face a loss, suspension, or revocation of your professional license. You could also face immigration consequences if you are a non-US Citizen living in the United States, since this may be considered an aggravated felony under Federal Law, and is also a crime of moral turpitude. This is because of the use of a firearm during the commission of the sex crime.

The defenses to enhancements are quite a bit different than regular criminal charges. Here, a common defense can be that you were not, for example, in the commission of a sex offense. It also must be a felony charge to have an enhancement, if, for example, you use a used firearm upon committing an offense not listed above, or not a misdemeanor offense, then this enhancement would not apply to your case.

A deadly weapon is any object, instrument, or weapon [that is inherently deadly or one] that is used in such a way that it is capable of causing and likely to cause death or great bodily injury. An object is inherently deadly if it is deadly or dangerous in the ordinary use for which it was designed. In other words, you cannot commit this sex crime with a magazine, since that is not a deadly weapon, nor an inherently dangerous weapon. Therefore, this would also be insufficient evidence to prove you guilty of this enhancement.

A criminal conviction can have a devastating impact on your life and your future. A conviction here can add up to 10 years to your sentence making the likelihood of coming home one day further and further away and less likely. Our PC 12022.3 Ontario attorney has successfully defended thousands of people charged with criminal offenses in the Inland Empire. You, or your loved one, cannot take a chance on such a serious enhancement. The initial consultation is free and we are available to answer your questions 24/7. Call the Inland Empire Criminal Defense today at 909-939-7126! Located in Ontario, CA.