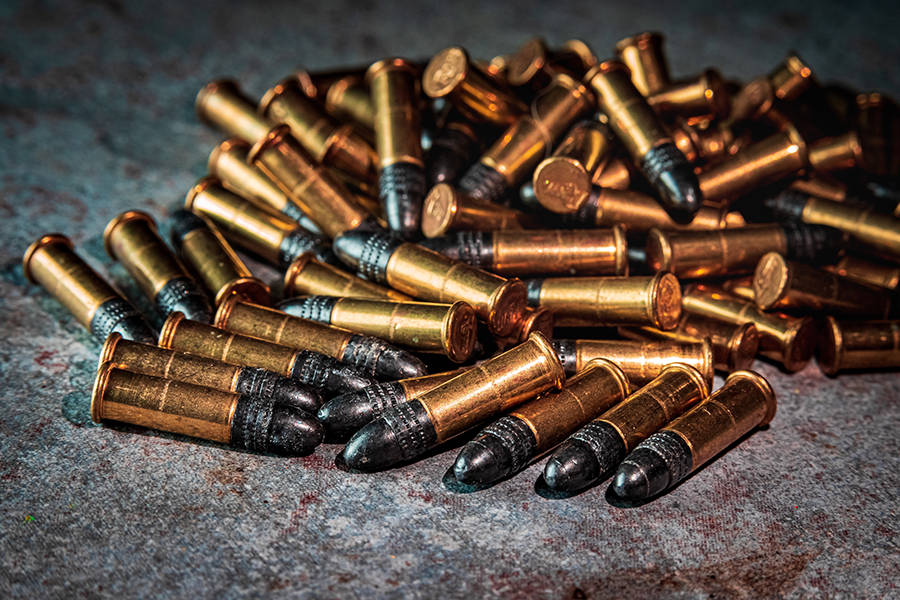 Legal Definition: “No person prohibited from owning or possessing a firearm…shall own, possess, or have under custody or control, any ammunition or reloaded ammunition”.

To be found guilty under PC 30305 the prosecution must prove that you:

Ammunition means a bullet, cartridge, magazine, clip, speed loader, autoloader, or projectile capable of being ﬁred from a ﬁrearm with a deadly consequence. Ammunition includes reloaded ammunition. The conviction can also be from a juvenile adjudication. A person does not actually have to hold or touch something to possess it. This means that if you have ammunition in your home, for example, that is still a violation, even if you are not physically holding the ammunition at the time of police contact. Two or more people may possess something at the same time.

This is not a strike offense under the California Three Strikes law, and it is not a Sex Offense under PC 290. You could also face a loss of your Professional License if convicted, and if you are not a legal resident, you could face Deportation in Immigration Court since the offense could be considered an aggravated felony.

Having possession of ammunition is not, by itself, a crime if you are a prohibited person. You must also have knowledge of the presence of the ammunition. If, for example, you are storing a chest or safe in your home for a friend in your garage with firearms, and you are not aware of the firearms or there and have no access to the safe, then you could not be convicted under this section. You must have knowledge that there are firearms within the safe to be charged and convicted for this charge. Failing to show that, would show there is insufficient evidence to prove you guilty of the crime.

A conviction here could further impact your future with another new felony charge. Even if your underlying offense is only a misdemeanor charge, if you are forbidden from having ammunition, then you can now be charged with a felony, and be looking at Prison Time. Our Ontario PC 30605 attorney has successfully defended and is well versed in gun and ammunition cases including PC 30305 cases in Ontario. Call your local Ontario Criminal Defense Attorney today at the Inland Empire Defense 909-939-7126. Located in Ontario.